The government is aiming to provide
drinking water for all schools by 2014. 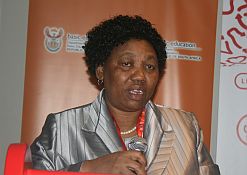 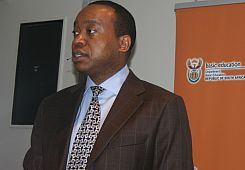 The government’s plan to improve water supply and sanitation in schools has been boosted by a new, R30-million (US$4.2-million) project called Water for Schools, officially launched on 10 September.

The project, led by Coca-Cola, will be rolled out in 100 state schools across South Africa over a two-year period.

It forms part of the company’s US$30-million (R215.4-million) Replenish Africa Initiative, which it aims to provide potable water to over 2-million people in Africa by 2015.

Water for Schools will see water supply infrastructure and sanitation facilities installed where necessary, and improved in other schools, with funds channelled from the new scheme. Work has already begun at nine of the targeted schools.

The project is expected to benefit at least 80 000 pupils in primary and secondary schools once fully implemented in late 2012.

The beverage giant has partnered with the Department of Basic Education and organisations with expertise on water supply and sanitation, such as the NGO Mvula Trust, water engineering specialists Re-solve Consulting and H2O for Life, an NGO based in the US.

The Department of Basic Education has committed to ensuring a “safe, sustainable supply of drinking water and sanitation” at every school across the country by 2014 as part of its Schooling 2025 Plan launched in May 2010.

The 2025 strategy includes improving state school infrastructure and administration over the next 15 years.

“Water for Schools will help us to further open the doors of learning,” said the department’s minister Angie Motshekga. “This programme is significant to us.”

There are currently more than 450 schools lacking basic water and sanitation facilities in South Africa, Motshekga said, adding that this is part of the backlog that would require R88-billion ($12.2-billion) to address.

Certain communities still don’t have enough schools, so existing ones in those areas are overloaded – putting a strain on their water supply and ablution systems, the minister said.

The department will lend all necessary support to ensure that Water for Schools is carried out successfully, she said.

“We will do whatever it takes to make sure the project succeeds because we need it more than Coca-Cola does.”

Once the facilities are established, the department’s prime role will be to maintain them.

Motshekga has applauded Coca-Cola for involving specialist companies in the project. This will free up teachers to focus on their jobs while projects are under way.

“We’re grateful that Coca-Cola has brought in expertise. We can focus on what we should be doing, so that teachers do not find themselves being project managers or water technicians,” she added.

Re-solve Consulting recently finished repairing leaks at three schools in Katorus, located on the East Rand near Johannesburg, at a cost of R300 000 ($42 000).

Mvula Trust will provide expertise on sustaining the facilities. The NGO is well suited to this, having been involved in numerous poor communities since 1993 to ensure water service delivery from municipalities.

Partnerships formed through Water for Schools are vital for getting the job done within the set time frame, said Coca-Cola’s William Egbe. “We want to ensure that the partnerships will be viable, meaningful to communities and sustainable.” 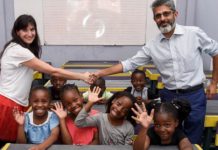 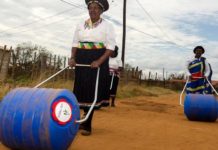