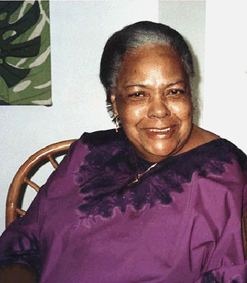 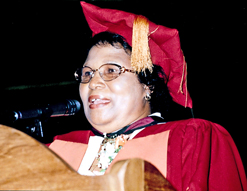 The stellar work and self-sacrifice of a long-time serving South African nurse Professor Philda Nomusa Nzimande has been honoured by a United Kingdom-based nursing federation.

Nzimande was honoured for her contribution to the nursing profession in South Africa, with the prestigious Dame Nita Barrow Memorial Lecture award. She is the fourth recipient of the award.

The Association of South African Nurses in the UK nominated Nzimande for the award.

The award, named after Dame Nita Barrow, who was also a nurse, honours women outside of the UK who have been in the forefront of the profession.

Barrow, popularly known as “Dame Nita”, was an outspoken and articulate fighter of social injustice.

During apartheid, Dame Nita was part of a seven-member team of Commonwealth dignitaries assigned on a fact-finding mission to the country. The team, known as the Commonwealth Group of Eminent Persons, were mandated to take a first hand look at the system of apartheid and advise on ways the country could move forward from the old regime. And as its mandate the reduction of the rapidly rising levels of tension in the strife-ridden country and the initiation of fruitful dialogue.

No stranger to politics, Barrow was born into a family of civic activists. Her father, an Anglican priest, was removed from his pulpit in the Caribbean Island after his ministry was considered too socially progressive for the island’s local leaders.

In 1986, she was also the former governor-general of Barbados in the Caribbean, a position to which was appointed in 1990.

Beating the odds to reach her dreams

Professor Nzimande – a registered nurse, midwife, educator, administrator, researcher, academic and businesswoman, started off with a dream to become a doctor, but she didn’t have a matric (grade 12).

Not one to be deterred, she studied and obtained her grade 12 qualification through correspondence study, while she worked.

After completing her high school study, she pursued a career in nursing and over the years, has worked in various South African hospitals in KwaZulu-Natal where she built up a reputation for herself as a kind and compassionate nurse who went the extra mile to care for patients.

She continued her academic studies, and she now holds five degrees, and a professorship.

During the apartheid years, Nzimande was a key figure in the fight to improve the conditions of black nurses in South Africa. Her advocacy work led to her being recognised as a nursing activist and visionary.

Speaking to a South African weekend paper, Sunday Times, Nzimande describes herself as a visionary passionate about uniting nurses regardless of their race and ethnic background, “I grew up when apartheid was at its peak, but it was my wish that as nurses we must be united. That was what moved me.

“The legacy of apartheid policies in SA created large disparities between racial groups … which created disunity, sometimes mistrust, among members of the nursing profession.”

Nzimande was pivotal in the formation of nursing associations in South Africa, whose primary work it was to fight for the rights of nurses.

Nzimande’s other achievements include establishing a nursing college in 1976.

It was also during that year that she became the first black South African nurse to be awarded a master’s degree in nursing science by a South African university.

In 2001 she was elected to the board of the Commonwealth Nurses Federation, representing 14 countries in east, central and southern Africa.

Currently, the mother-of-four is one of the three presidents of the International Council of Nurses.

She is also overseeing the Open Learning Academy of Nursing Institute at the University of Zululand.

South Africa currently has thousands of nurses working in the United Kingdom.

In 2006, workpermit.com, a website informing the public on work permits abroad, estimated that there were about 10 000 South African nurses working in the UK.

Because of the high influx of nurses from South Africa in that country, stricter regulations have been put in place by British Authorities to give British citizens who’ve qualified in health services, first rights to jobs at hospitals, clinics and nursing homes.

In a bid to represent the needs of the South African nurses, the Association of South African Nurses in the UK (ASANUK) was formed.

ASANUK is an organisation formed to help provide a link with health service development in South Africa and facilitate professional support for South African Nurses working in the UK.

Part of ASANUK’s work includes mobilising nurses in the UK to engage themselves in the process of sharing knowledge; information and advice with colleagues back home in South Africa.

It also encourages nurses to be a part of the healthcare policy development in their home country, as well as sharing specialist clinical knowledge and information, through seminars and exchange visits between nurses based in South Africa and those based in the UK.

Nzimande is not the only South African nurse being recognised for contributions made in the nursing profession.

The Department of Health has two esteemed annual awards, regarded as the highest honours in their profession – the Cecilia Makiwane Nurses Recognition Award and the Marilyn Lahana Trust Award.

The Cecilia Makiwane award, named after the first black person to be registered as a professional nurse in South Africa, is awarded to nurses who have gone beyond the call of duty in their nursing services.

The Marilyn Lahana Trust Award is administered by Denosa and awarded to an outstanding member of the nursing and midwifery profession who has shown a quality of caring and dedication to both patients and colleagues. 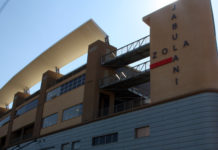 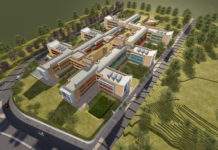