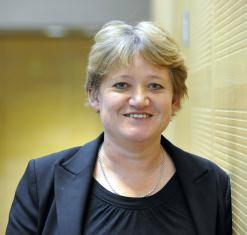 Cherilyn Ireton has been appointed as
executive director of the World
Editors Forum.
(Image: WAN-IFRA)

South Africa’s Cherilyn Ireton has been appointed as executive director of the World Editors Forum (WEF), a global network that represents newsroom editors worldwide. This is a double first for the country, as Ireton is also the first woman to head the organisation.

The WEF, which is part of the World Association of Newspapers and News Publishers (WAN-IFRA), is a global network for exchanging ideas on newsroom management, editorial quality, online strategies and press freedom issues.

The organisation was created through the merger of the World Association of Newspapers and the IFRA, the research and service organisation for the news publishing industry.

WAN-IFRA is based in Paris, France, and Darmstadt, Germany, with subsidiaries in Singapore, India, Spain, France and Sweden. It represents more than 18 000 publications, 15 000 online sites and over 3 000 companies in more than 120 countries.

Heading up the WEF is an important international media job and Ireton’s appointment is a vote of confidence in the calibre of South Africa’s media professionals.

“I am thrilled at my appointment,” she says.

Ireton has more than 20 years experience in the media industry and has worked at some of South Africa’s top newspapers as a journalist, editorial manager, chief operations officer, editor and senior manager.

For the past six years she has been based in London, consulting on media matters to numerous international organisations and governments.

Now she is based at the WAN’s Paris office.

“My job is essentially a networking one, using the WAN and its members to work for better journalism through shared intelligence and promotion of best practice,” she explains.

According to Ireton, the WEF should be a leadership hub for editors, providing a physical and virtual space where editors can share their skills, innovative ideas and experiences with their peers.

“Our interest must be in helping editors of news organisations to lead change that builds loyal readership, strengthens titles and news brands,” she says.

Ireton assumes the helm of the organisation at a time when the media industry worldwide is experiencing many challenges.

Editorial departments have to deal with declining advertising revenues and readership. Technological innovation is changing the publishing process, design and content of digital and print newspapers.

The skill set for editors is also changing fast. Editors have to deal with finance, budget control, human resources, technology and management issues, too.

“My personal aim is to engage more with editors from emerging markets,” she says. “They often don’t have access to the same investment or sophisticated solutions on offer to, say the editor of the New York Times, but they do have large and vibrant potential audiences.”

She says that such editors need more support, which the WEF’s network can provide.

“There is an incredible amount of industry knowledge and goodwill out there that can be used to help develop better newspapers and improve standards of journalism,” she says.

Press freedom is also coming under fire. The ethical and political role of the press is constantly being called into question, and this has required editors to be more vigilant and vocal in their defence of press freedom.

“I started work on the Sunday Express in the early 1980s under apartheid laws so I know and truly value media freedom and the role the press should play in the democratic process,” says Ireton.

She adds that in South Africa, regulation is an important issue. “It is vital that the government continues to allow newspapers to self regulate despite the ANC’s call for an independent tribunal,” she says. “The industry needs to ensure the system works and is seen to work. The WEF would oppose anything but self regulation.”

The WEF runs an editors weblog, a source of information for editors and senior news executives who want to share information and keep up with industry trends affecting newspapers and journalism.

On a daily basis, readers of the blog can access articles about the most recent developments in print and online convergence; newsroom management; editorial quality; citizen journalism; social media and anything related to improving newspaper journalism.

The organisation also organises several conferences, study tours, an annual newsroom summit and the WEF conference. The latter is its flagship event for chief editors and other senior newsroom executives on the changing business of editing newspapers.

In September last year Prof Guy Berger, previous head of the School of Journalism and Media Studies at Rhodes University in Grahamstown, was appointed as Unesco’s director of freedom of expression and media development.

Berger, who is now based in Paris, served as head of the School of Journalism and Media Studies from 1994 to 2010.

“To have two South Africans in key global media jobs in the same city is a wonderful opportunity for us all,” she says. 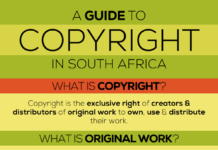