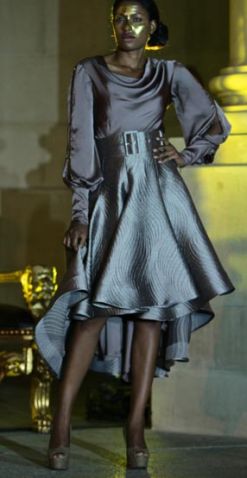 A bold David Tlale brocade and chiffon dress in shades of grey. 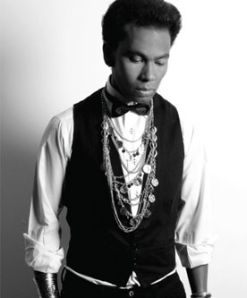 Local designer David Tlale is jetting off to New York again this week to participate in the Mercedes Benz Fashion Week, his third show at this event – and he is the only South African designer to have appeared at it.

“Renowned for his undeniable knack for showmanship and elaborate designs, Tlale’s work is both daring and dramatic – a brand that defies convention and a brand that impenitently employs unpredictable use and understanding of fabric, colour and texture,” says Mercedes Benz Fashion Week.

In September 2012, Tlale presented his spring collection in New York, and in February this year he showcased his men’s autumn collection, entitled Decadence. Now, on 5 September, he presents his 2014 winter collection. Before flying out, the award-winning designer offered a sneak peek of his collection, which consists of 28 pieces. It is a women’s collection, in which they are wrapped in silk brocade, silk organza, leather, woollens, and podesua or peau de soie.

“The inspiration comes from the 1950s, and although it is not hardcore African, it has new-age Ndebele geometrics. It is epitomised by a line of lightning,” he explains. Colours range from bubble gummy, mint, and coral, to grey and lemon, capturing a “midday sun ray”.

“There is a lot of craftsmanship, with beadwork,” he adds. “The silhouette is for the office, but also the red carpet with pencil skirts, beautiful shorts, and box-pleat, knee-length skirts, with layers. There’ll be black couture dresses, with beadwork. It will make women feel sexy.”

But there will also be fun pieces, with the theme of “a new woman in town”. “She is edgy, powerful, very discerning, and likes the beautiful things. She is not apologetic but outstanding.” He adds that “as a brand I have been welcomed in New York. I must be doing something right!”

Tlale launched his brand 10 years ago in 2003 when he won the Elle New Talent competition, which was followed by The Sunday Times’ Best Designer Award. In 2005, he was appointed the head designer for Carducci Women by the House of Monatic Group in Cape Town. In 2007, he was one of four young South African designers chosen to present their couture collection at the Paris Couture week.

The following year he was voted the most stylish designer at the South African Style Awards, at the same time was voted South Africa’s Star Designer of the Year. He was nominated for the Mercedes Benz Fashion and Art Awards, and was invited to judge the Elle New Talent competition, where his journey had begun five years beforehand.

That year was special for other reasons: he designed a couture masterpiece for British super model Jordan Dunn for the closing show of the Virgin Mobile Cape Town Fashion Week, and he was chosen as ambassador for the Change-4-Ever campaign, which alleviates poverty in Southern Africa. He launched a Green Collection for the voluptuous women of Mzansi, including the likes of Judith Sephuma, Lebo Mashile, KG Moeketsi and Anele Mdoda.

He continued this strong presence in 2010 – at precisely midnight he showcased his Butterfly collection at Africa Fashion Week, during the year of the football World Cup. He was hailed as the “King of Fashion in South Africa”.

And in 2011 the brand went even bigger. Tlale closed the Nelson Mandela Bridge in Braamfontein, Johannesburg to present his autumn 2011 Made in the City collection with 92 models showcasing his designs. Besides models, celebrities and sports personalities strutted his stuff across the iconic bridge in celebration of Madiba’s 92nd birthday.

Later that year, the South African Mint approached Tlale to celebrate his Climate Change collection with a coin minted in his honour. Still that year, Tlale opened his first boutique in the Michaelangelo Towers in Sandton, Johannesburg. He now has another boutique in Cape Town.

This year, he launched a handbag range that is now sold across the country. “We are growing as a brand, maturing. The competition is getting tougher but our signature is our strength,” he says.

He will be participating in Africa Fashion Week in October, giving top clients a preview beforehand. And he is going to make his designs available in the United States. He has signed up an agency there, and will be looking for a showroom in New York in the near future. “The journey will just continue.” 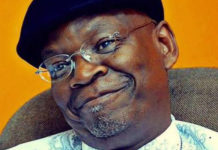 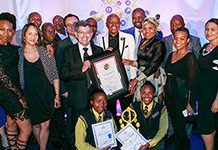 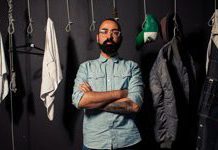