Meet Sir Elvis, the musical connection between Nairobi and Nashville, the man bringing both Country and Western back to Africa, one song and one barroom stage at a time. 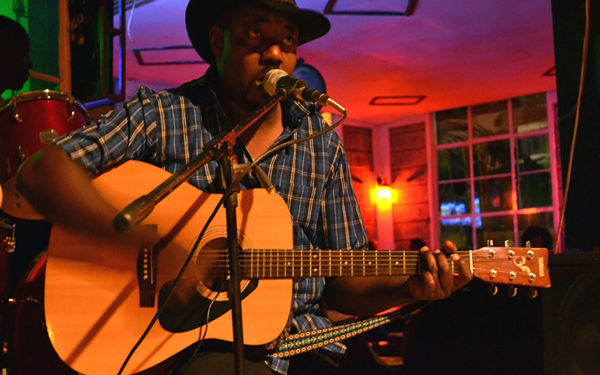 Elvis Otieno (AKA Sir Elvis) was born the year Elvis Presley died. His father was a big fan and named his son after the rock and roll icon, so it seemed destined that the young Kenyan would make his musical mark on the world.

Elvis spent his youth in Norway, where he was exposed to a variety of western rock and pop music, but it was at a Shania Twain concert where he discovered his affinity for country music.

Soon Elvis was consuming every country record he could find, finding a strong connection with the classic Opry-style country music made famous by the likes of Jim Reeves, Charley Pride and Dolly Parton, as well as the more modern New Country sound of Garth Brooks and Alan Jackson.

Inevitably, he picked up a guitar and started making music of his own. And much like the classic wayfaring loner from a country song, he hasn’t looked back since.

Elvis returned to Kenya 10 years ago, in part to reconnect with his African heritage, but also to make a name for himself in the local music business as an African country singer.

The notion of African country and western music isn’t as extreme as one might think. Ethnomusicologists have believed for years that there always was a strong connection between country music and the traditional music of East Africa. The Mugithi music of Kenya shares some uncannily similar traits with country: usually a singer accompanied by twangy acoustic guitar with lyrical subject matter heavy with social commentary or grassroots themes. The foundation of both musical styles, it can be argued, is raw and emotionally charged.

Over the 20th century, the relationship between Africa and country music has grown even stronger.

Renowned music researcher Thomas Turino explains the connection: “American country music has been popular in Africa since at least the 1940s…(mostly) it was through records and movies.” But it is the simplicity of the performance that stands out. A simple lyric played on a humble acoustic guitar is an appealing approach for anyone with a story to tell, anywhere, at any time.

Sir Elvis agrees, telling the BBC Pop-Up online series, that the connection of rural, farming culture between Kenya and Middle America is a common one, that there is a shared resonance with storytelling and improvised organic music – music at its most basic and most natural level: just a voice and a guitar. “Kenyans like country music because it talks about daily life, about things real people go through, good and bad.” 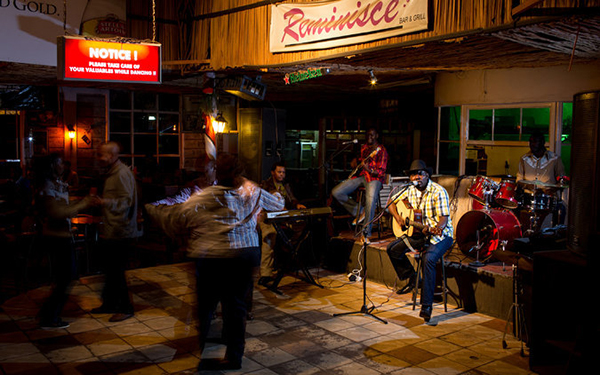 Elvis says reaction in his home country to his unique brand of country has been enthusiastic, if maybe still minor. He plays in popular bars and festivals in and around Nairobi, but also finds particularly strong support in rural areas. When people ask him why he’s chosen country music as his life, Elvis laughs and answers, “it’s all I really want to do.”

His favourite country singer is Charley Pride, one of the few African-American singer-songwriters to find success in country music. A Grand Ole Opry-inductee, Pride challenged the genre not only on race, but also as a pioneer of combining both soul and gospel (more traditional African-American music forms) into country and western music to give him a distinctive, but popular sound. For Elvis though, it was more about his powerful voice, initially having no idea he was a black singer when he first heard Pride’s music: “That was before the internet, when you never knew what the singer looked like. To me, he was just a great voice that spoke to me.”

That kind of barrier breaking has helped country music travel the world, as modern country music stars Brad Paisley, Tim McGraw and Darius Rucker find new fans in the most unexpected places. And Elvis is doing his part, in the cities and in the heartland of Kenya.

So what is Elvis’s ultimate goal? The biggest aspiration for his music? He explains in a languid drawl tinged by Nashville via Oslo: “I want to travel to the USA, hook up with good songwriters, great producers who can harness my potential and record a lot of music to share with the world.”