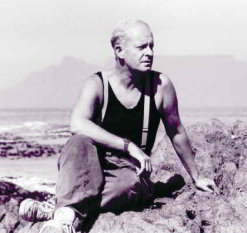 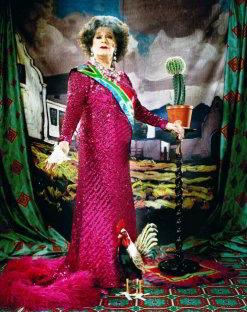 South Africa’s Pieter-Dirk Uys will receive a Special Teddy Award for his outstanding lifetime achievements at the Berlin International Film Festival, or Berlinale, on 18 February 2011.

Irreverent entertainer and committed HIV/Aids activist Uys, well known to his legions of fans as Evangelie (Evita) Bezuidenhout, was recognised for his tireless educational work with South Africans of all ages on the topic of HIV/Aids.

Uys was also honoured for his provocative and elegant portrayal of Evita, described by former president and fan Nelson Mandela as “the most famous white woman in South Africa”.

Established in 1987, the Teddy Awards are given to outstanding films with gay and lesbian themes, and which promote tolerance and equality in society. The Teddy is an official award of the prestigious Berlinale and celebrates its 25th anniversary in 2011.

Because even today many countries still condemn homosexuality, and there are numerous reports of people who are put to death for the simple reason that they are gay, the Teddy Award also stands for solidarity with those who live in fear just because of their sexual orientation.

The satirist will conclude the Teddy awards evening by taking to the stage to perform his Desperate First Ladies, with a cast that includes the characters of Grace Mugabe, Winnie Madikizela-Mandela, Hillary Clinton, Evita’s sister Bambi Kellermann and the lady herself.

Keeping an eye on democracy

Over the years the glamorous Evita has assumed a life of her own, thanks to Uys’s brilliant portrayal, and is an accepted personality in local culture, as well as a national icon.

The Afrikaner socialite is known for her warm personality, designer wardrobe and cutting social commentary. She is a popular speaker at functions ranging from corporate events to book club meetings, and has addressed Parliament and interviewed Nelson Mandela.

Evita is the author of a best-selling recipe book titled Evita’s Kossie Sikelela, which features a foreword by veteran actress Sophia Loren.

For Uys, there are no sacred cows in South African politics. The guise of Evita has given him an unfettered platform to make biting comments on numerous social and political issues such as racism, HIV/Aids, and government policies and performance.

Evita keeps a sharp eye on the progress of democracy in South Africa, and has taken many a politician, from all parties, to task for not living up to their promises. She’s not afraid to tackle those at the highest level of government and in doing so, has become a voice for millions of citizens from all walks of life.

Uys lives in the small town of Darling in the Western Cape, about 75km north of Cape Town, where he converted the old railway station into a theatre called Evita se Perron (“perron” is the Afrikaans word for station platform, and the name is also inspired by the late Argentinean First Lady). The venue includes conference facilities, a craft market and a restaurant.

The small farming town played a part in the Second World War. The South African Air Force established a base in Darling to monitor U-boat activity off the coast and provide extra security for naval convoys on the Cape Town route.

Besides his stage career, Uys has authored a number of books and is a committed human rights activist. In 2003 he established the non-profit Darling Trust, which teaches disadvantaged people to rise above their situations by equipping them with the life skills to help themselves.

Uys celebrated World Aids Day on 1 December 2010 with a free performance of his long-running For Fact’s Sake for parents and children in Port Elizabeth. The show educates about HIV/Aids and encourages parents to be frank with their children about sex, all presented in the form of entertainment. The cast features the characters of television host Felicia Mabuza-Suttle and former president Thabo Mbeki, and has toured around South African schools for a number of years.

A member of the Desmond Tutu HIV Foundation’s board of directors, Uys uses humour to educate, encourage testing and the use of condoms, and eradicate the stigma which is still attached to the disease.

Uys has made the text of a number of his plays available for free download, for students, actors and anyone else who’s interested.