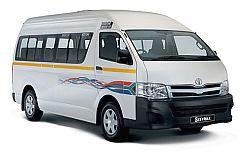 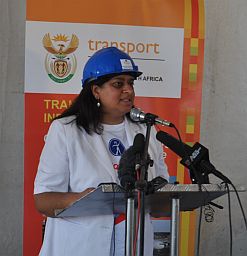 The Peninsula Taxi Association (PTA) has introduced a smart card electronic payment system to 42 taxis on one of its routes in Western Cape, making it the first minibus taxi organisation in South Africa to use electronic payments.

It recently introduced the Tap-I-Fare card payment system and distributed 5 000 cards to passengers – they can also be used on Cape Town’s MyCiTi and Johannesburg’s Rea Vaya bus services.

Ghaalid Behardien, the association’s spokesperson, said: “As the most progressive taxi association in the country, it was always the vision of the PTA to look ahead and pre-empt the ever-changing needs of the commuter.

“This meant that changes had to be made to keep up with the times, and this card payment system was but one option that was explored.”

The PTA has a fleet of 250 vehicles with 100 members and has introduced the card payment method in 42 taxis on the route from the city bowl to the V&A Waterfront. The association also operates in the Cape Flats, southern suburbs, Atlantic Seaboard and the west coast.

The 42 taxis each have a wireless handheld device in which the cards are swiped as payment – but passengers with no cards can still use cash. The Tap-I-Fare card allows the user to pay for any number of passengers accompanying them.

The pre-paid card concept is similar to pre-paid airtime for cellphones and eliminates the need to carry cash. The project is supported by Absa, one of South Africa’s big four banks. The issuer may charge a fee for the card and a fee for loading money onto it.

A minibus taxi from the city bowl to the V&A Waterfront costs R4 (52 US cents) but for those using the card it will cost R3.50 (45 US cents), giving them more than 10% discount.

Behardien said: “The association had been investigating alternative payment options for a few years already and many companies had previously approached them to enter into partnership but after extensive investigations, this initiative with Absa was the best option.”

The minibus taxi industry has come a long way since its early days of unregulated business used mostly by black people. It can now also be counted in the airline and bus operator sectors.

Taxi operators from two minibus taxi associations – Greater Johannesburg Taxi Council and Top Six Management – own a 66.7% stake in Rea Vaya through PioTrans. The City of Joburg and other stakeholders own the remaining 33.3%.

The contract to run the rapid bus transit system will run for 12 years.

Johannesburg’s mayoral committee member for transport, Rehana Moosajee, said at the handover: “There is a lot of emotion in this moment, as it has not been an easy road, and people have paid with their very lives on this project.

“I hope that the values of humility, service and your pioneering spirit will continue longer than the 12 years of your contract … I have found the most humbling, challenging and exciting part of the project learning at the feet of the taxi operators.”

In the same year, the South African National Taxi Council launched Santaco Airlines. It operates out of Lanseria Airport, to the northwest of Johannesburg, and offers flights between Lanseria; Bhisho, in Eastern Cape; and Cape Town.