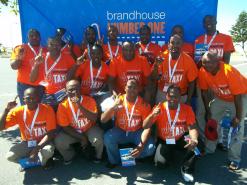 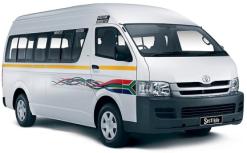 Thousands of South African minibus taxi drivers who take pride in their work are competing for the coveted title of the country’s best.

The Number One Taxi Driver competition has been running since 2004, with the 2011/2012 edition launched in December and the national finals scheduled to take place in June.

The initiative was started by beverage company brandhouse, and is the flagship of its corporate social responsibility efforts to promote the responsible use of alcohol.

With top brands such as Smirnoff, Amstel, Heineken and Captain Morgan in its portfolio, the company identified the taxi sector – with its vast reach into and influence on South African society – as the ideal target for the Number One competition.

Working with Toyota South Africa, Caltex, the Department of Transport and the Road Traffic Management Corporation, brandhouse seeks to place responsible role models in the taxi industry, ready and able to inspire and educate their colleagues in road safety and good customer care.

“The campaign is one of our key community enrichment programmes at brandhouse, aimed at not only promoting road safety within the minibus taxi industry but providing valuable skills to the drivers,” said brandhouse MD Gerald Mahinda.

It’s a crucial part of the company’s efforts to make a meaningful difference in the lives of the communities that support it, he said. Over 25-million people use minibus taxis every day, and the general public opinion is that drivers are reckless and have very little regard for their passengers or fellow drivers.

“Their bosses want money so they’re working under very strict conditions and it pushes them to go over emergency lanes and to drive recklessly,” said driving instructor Sthembiso Segolela, speaking at a testing session.

Thousands of drivers to improve their skills

The competition is promoted annually by distributing entry forms at taxi ranks, shopping centres and tollgates, and also through roadshows and other events, and has attracted thousands of hopefuls over the years.

In this year’s competition, over 3 500 taxi drivers across the country have received training, in 53 testing sessions.

Participating drivers are tested on their theoretical and practical knowledge and are trained in advanced and defensive driving procedures, such as keeping a correct following distance, the safest way to stop, and driving in bad weather. The Toyota Advanced Driving Academy conducted the testing in all nine provinces and will also oversee the final round.

Adjudicators are currently adding up the scores to identify the finalists from each province.

Of the 27 shortlisted drivers, only nine will make it to the last round, but the remaining 18 will each receive R3 500 ($444) just for taking part, and will also take away invaluable skills learned along the way.

The finals will take place at the Gerotek facility in Hartebeespoort, northwest of Johannesburg. A division of Armscor Defence Institutes, Gerotek is a multi-purpose organisation that encompasses consultation, training, testing and evaluation services to the industrial, military and commercial vehicle industries.

The chance of a lifetime

Previous winners and now proud owners of their own vehicles have used the opportunity to put their entrepreneurial ideas into practice.

Mpumalanga’s Raymond Ngomane, the 2010 winner, wanted to be a better driver, but also had his eye on the top prize. He said his life has changed dramatically since being named the country’s best taxi driver.

“Through this initiative, I have managed to realise both of my wishes. I am now a proud and responsible taxi owner,” said Ngomane, who is the sole breadwinner for his family. His first passenger was his 89-year-old grandmother.

The winner in 2008 was Godfrey Mosala from the North West province, and in 2009 it was Lunga Ronnie Tilolo from the Eastern Cape who drove off with the big prize. 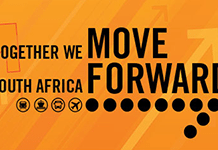 Think Pedestrian – and save lives 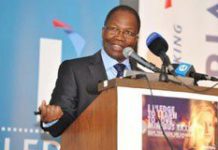 Taking the I-Pledge for safer roads 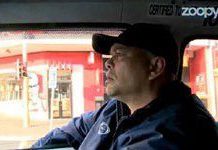