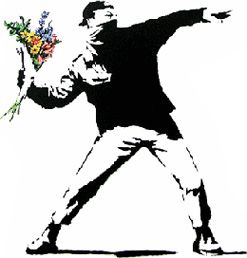 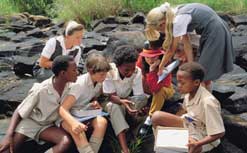 Violent crime in South Africa has taken many lives, driven many others away from their land of birth, and has impacted on vital areas like tourism and foreign investment. A new campaign aims to fight violence not with more violence, but with dignity, respect and communication.

The Stop Crime Say Hello (SCSH) campaign aims to train South Africans to think differently, to engage with each other on a positive basis, and to believe that a small act can make a big difference. While the campaign whole-heartedly supports the work of the police and other anti-crime organisations, it works on the premise that each South African can make a difference simply by reaching out to the person next to them and treating them with dignity and friendship.

SCSH founder, marketing guru Justin Foxton, believes that one of our most potent weapons against crime is to create an environment where it simply cannot flourish. “I’m a long-distance runner and I make a point of always greeting everyone I pass. Most people are pleasantly surprised and greet me back warmly.” An experience with a group of labourers while on an evening run proved his point and convinced him that a simple greeting can be used effectively to soften people’s hearts.

The campaign is driven through community meetings, the website and other media, talks at schools, and merchandising. “We can’t put new cops on the streets, or change the justice system,” says Foxton. “We can’t all create jobs or alleviate poverty. What we can do is get out from behind our walls of fear, humanise one another and in doing so prick the bubble of anger and bitterness that hangs over our nation.”

Originally trained in the theatre industry, Foxton transferred his talents into the world of experiential marketing, which uses personally relevant ways of connecting consumers with brands. He is now known as an expert in the innovative style of communication called corporate theatre. This technique provides companies with tailored theatrical face-to-face communication solutions that are used to motivate and inspire the audience.

“After I returned from an extended stint overseas,” says Foxton, “I was very interested in people’s reaction to crime in South Africa. The overwhelming feeling, I found, was one of helplessness. And this made me think, because we know the degree of crime we’re experiencing is a symptom of a greater socio-economic problem that we ourselves have created over the years! If we have created the situation, surely we can un-create it.”

Respect for each other and our surroundings

In the global context the crimes that happen in South Africa happen in many other countries, but the media has focused so much on this country’s crime problem that it is often the first thing that a potential visitor will think of. While ordinary South Africans don’t have the resources of the police at their disposal, the SCSH campaign empowers them to start, in their own communities, to change attitudes one step at a time.

To a degree, Foxton bases his campaign on theories put forward in Malcolm Gladwell’s best-selling book The Tipping Point. In his book Gladwell cites, among other examples, a dramatic decrease in crime in New York between 1987 and 1992. During that time murder dropped by over 62% and felonies by 50% although, says Gladwell, there was no major change in policy, and the city’s overall status had not changed.

Gladwell postulates that it was a few small but significant changes that set off the decline in crime. One of these was the use of the “broken windows” theory in decision-making. This theory holds that unattended signs of decline in a neighbourhood will attract bad elements, because criminals will operate more readily in areas where disorder already exists.

To combat the situation, city authorities took steps such as eliminating graffiti and encouraging more responsible public behaviour. Soon these changes in the environment took hold and by promoting respect amongst citizens the authorities successfully managed to crack down on crime.

Say hello, but do a little more

Foxton argues that it is these very steps – starting a conversation, fixing something, or helping someone – that will start to create an atmosphere of dignity and respect. He also suggests that people do more than just say hello, but actively look for opportunities to make a difference.

“Like small crimes lead to bigger ones, so small acts of friendliness lead to bigger acts of respect,” says Foxton. “If all you do each day is say hello, that’s great. But we urge people to go beyond just saying hello. For instance, managers can use meetings to teach their employees about showing each other respect. Take on apprentices. Start conversations. Take cake and coffee to your local police station. Use your own environment and resources to go beyond just saying hello.”

To counteract the notion that the SCSH campaign is based on idealism, Foxton cites the island nation of Singapore. “The country has low instances of violent crime because the authorities have legislated respect into the culture. For instance, if you drop your chewing gum on the ground you are liable for a S$1 000 fine. Respect for each other and our environment are the values we should be inculcating into our society.”

So far, Foxton says, the results have been inspiring. “I’ve received so many amazing stories from people who have had wonderfully positive experiences, all through reaching out to others. It can happen. We need to encourage our population to see this country for what it is, not for what it isn’t.”

Even those who have been victims themselves have reacted positively. “For the victims I’ve talked to,” says Foxton, “their anger is directed not against a nation but against one or two individuals. Many have climbed right in behind this campaign, using their own negative experiences to help turn things around.”