People like Charlize Theron and Trevor Noah have had incredible success in the US. They are the leaders of a growing pack: from writers to artists, there are other South Africans who are also leaving an impression through their work. 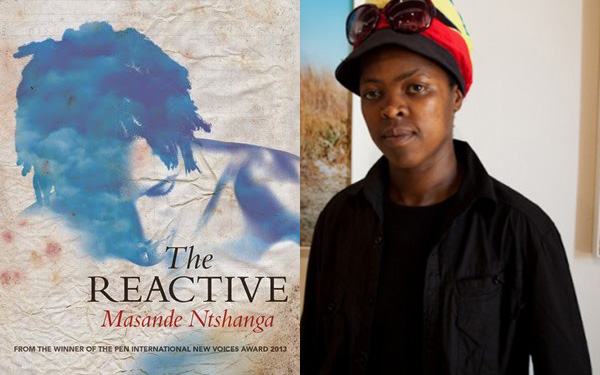 The Reactive, by South African author Masande Ntshanga, will be published in the US, and artist Zanele Muholi [pic] has an exhibition at the Brooklyn Museum. (Image: Masande Ntshanga website and Lipstick Alley)

When you think of South Africans making their names in the US, Charlize Theron, the Oscar-winning actress, and Trevor Noah, the comedian and imminent host of The Daily Show after Jon Stewart’s departure, come to mind.

But there are also other South Africans making their mark abroad in various creative fields.

Artist Zanele Muholi prefers to be called a “visual activist” because she combines her skills and talent in video and photography with human rights activism. She wants to increase awareness of the plight of lesbian, gay, bisexual, transgender and intersex (LGBTI) communities in South Africa.

“The exhibition presents 87 works created between 2007 and 2014,” notes the museum, “including Muholi’s Faces and Phases portrait series, which uses first-hand accounts to speak to the experience of living in a country that constitutionally protects the rights of LGBTI people but often fails to defend them from targeted violence.”

The New Yorker magazine described it as a major show in the country.

“I’m one of us,” Muholi said. “I’m not observing from a distance. It’s not just me who is here at the museum; we are here. My photographs portray people who are participating in making their own history.”

Muholi grew up in the township of Umlazi, in Durban, in KwaZulu-Natal. In 2006, she took a photograph of her friend Busi Sigasa. Sigasa was raped – by male friends who wanted to cure her of her of being a lesbian, in what is often termed “corrective rape” in South Africa – and she contracted HIV. She died less than a year after the photo was taken. “In the past eight years, more than two hundred and fifty people have gazed frankly, shyly, proudly, defiantly at Muholi’s camera,” noted The New Yorker.

The online art collection resource, Artsy, describes Muholi’s portraits as sensitive and a challenge to the stigma surrounding the South African LGBTI community. It says her work “debunks the common rhetoric that homosexuality is un-African, and addresses the preponderance of hate crimes against homosexuals in her native country”. 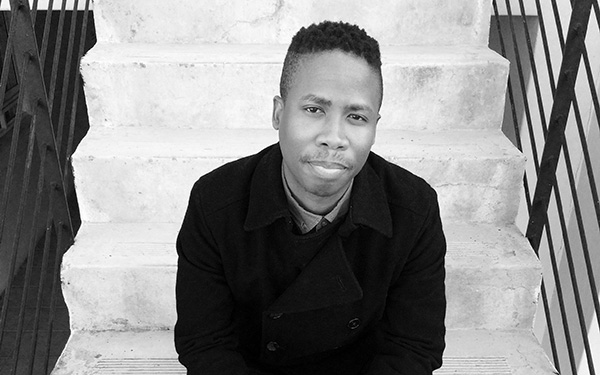 Masande Ntshanga’s debut novel has been picked up by an American publishing house to be published in US. (Images: Random House Struik)

On his website, author Masande Ntshanga wrote that he was pleased when his novel, The Reactive, was picked for publication in US by publishing house, Two Dollar Radio. “They’ve also optioned the film rights,” he wrote. He told Eastern Cape daily newspaper The Daily Despatch that he had admired books from the publisher.

Ntshanga’s debut novel tells the story of three friends who are in the business of selling antiretrovirals (ARVs) illegally. The main protagonist, Lindanathi, carries a guilty burden after his brother passes away. The Reactive’s themes are family, secrecy, chemical abuse and redemption.

Two Dollar Radio’s acquiring editor, Eric Obenauf, has nothing but praise for the novel. “I loved the energy, the thrust of the prose, the voice, the descriptions, and the emotional gut-punch of the story,” he said.

Ntshanga told literary website Aerodrome he always had a restless imagination. “From a young age, I had a strong interest in creating things, which was mostly in the form of reproducing the images around me,” he said of his drawings.

“It was only when a friend of mine and I started composing comics to curb our boredom in primary school, that I got introduced to narrative and its power to reform and recast reality.”

He completed his Master’s degree in creative writing at the University of Cape Town, which he said was instrumental in his growth as a writer. “I got to meet people who helped me along with my writing, as well as providing me with a period of focused reading.”

Ntshanga has been shortlisted for the University of Johannesburg debut prize and the 2015 Sunday Times Barry Ronge fiction prize. His short story Space won the PEN International New Voices Award and has been nominated for the 2015 Caine Prize.

“In terms of recognition, though, I feel like we’re at the point where different parts of the world are starting to pay attention to contemporary South African writing, which is a good development,” he said.