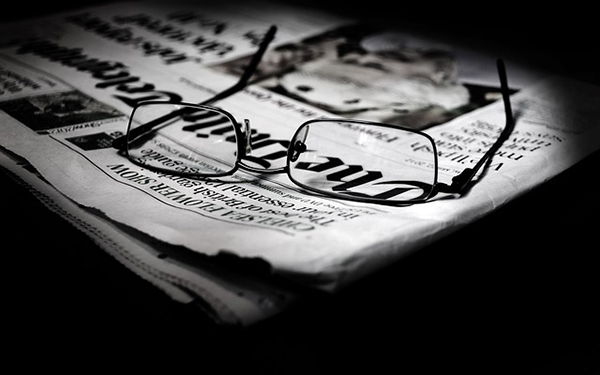 A team of South African journalists has been shortlisted for the Global Shining Light Award, to be handed out on 10 October in Norway. (Image: Pixabay)

The story, which explores the manner in which tons of illegal gold is laundered into the legal market, made the cut alongside 12 other stories from around the world. The illegal gold, the story explains, is masked as second-hand jewellery. “So lucrative is this VAT scam that it has drawn sophisticated and dangerous organised crime gangs into the trade,” reads the Global Investigative Journalism Network (GIJN) website.

The finalists were chosen after the GIJN received 76 submissions from 34 countries. The awards will take place on 10 October in Lillehammer, Norway, during the Global Investigative Journalism Conference (GIJC).

The team behind the “Goldfinger” story is producer Graham Coetzer; journalist Susan Comrie; and Devi Sankaree Govender as presenter.

Watch more on the story here:

What is the Global Shining Light Award?

The award “honours investigative journalism in a developing or transitioning country, done under threat, duress, or in the direst of conditions”, states the GIJC website. It takes place every two years.

Congrats to the 12 finalists of the Global Shining Light! Winner will be announced at #GIJC15http://t.co/3k9xSR33dbpic.twitter.com/wTxKzp2vL3

“More and more journalists are being killed, and media outlets attacked, because they are carrying out important efforts in investigative journalism – exposing uncomfortable truths, shining light on systematic corruption, and providing accountability in societies yearning for democracy and development,” informs the conference’s website.

The awards recognise and celebrate the brave work conducted by the investigative press around the world. 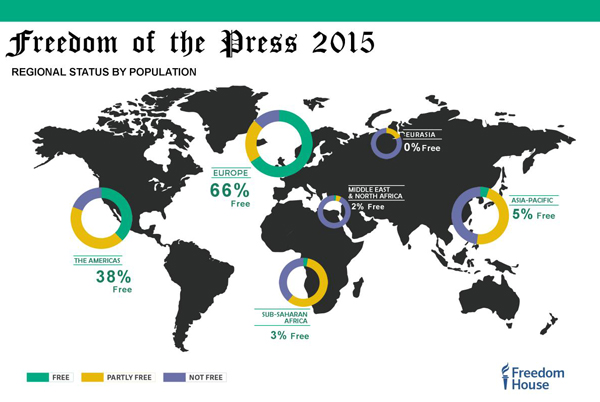 The majority of the press in sub-Saharan Africa is partially free. Click on the image for a larger view. (Image: US News)

In 2013, a team of South African journalists from the Sunday Times shared the top award with reporters from Azerbaijan and the Czech Republic.

Find out more about that story from Afrika, and the threats he faced: