As the kick-off to the Rugby World Cup in England draws closer, we look back at the highs and lows of South Africa’s performances since it rejoined the sport internationally in 1992. Since then, the Springboks have won the tournament twice and hope to make it third time lucky this year. The Boks’ first game in this World Cup is against Japan on 19 September in Brighton. 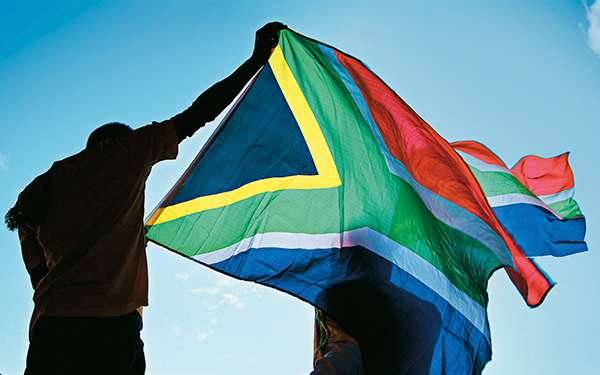 One of South Africa’s proudest moments was winning the Rugby World Cup in Johannesburg in 1995, fresh out of apartheid. (Image: Brand South Africa)

Before that, international sanctions because of the country’s repressive apartheid laws included sport. But by 1995, South Africa was basking in its new democracy, with Nelson Mandela the first democratically elected president.

During the same year, it also hosted rugby’s biggest event, the World Cup; it became a necessary unifying force for a nation recuperating from years of segregation.

At the final between South Africa and New Zealand at the then Ellis Park Stadium in Johannesburg, Mandela wore the Springbok jersey of the team captain, Francois Pienaar, a white Afrikaner. They embraced, and that image became a symbolic gesture of racial reconciliation. It was met with a joyous uproar from the packed stadium.

At the end of the tournament South Africa walked away with the ultimate prize, the Webb Ellis Cup, as the trophy is known.

Relive some of those moments from 1995:

Sources: The Telegraph and Wikipedia