This year, a generation of young people turn 21 – the traditional age of majority and independence. In South Africa, they share their birth-year with the country’s democracy. A 21-year-old shares her experience as a born-free. 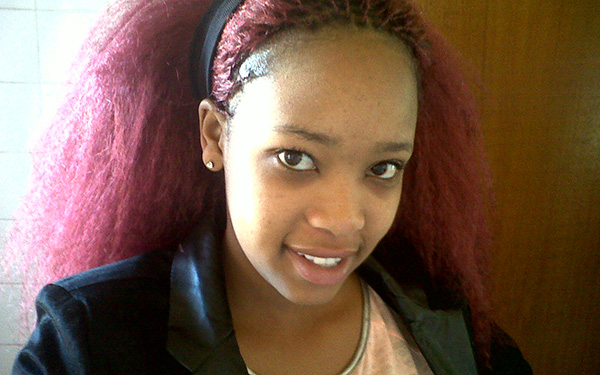 Nokulunga Masombuka was born on 1 March 1994, less than two months before South Africa’s first democratic elections. “I’m grateful that I have rights as a black woman,” she says, “and that my parents are able to provide for me without limitation.” (Image supplied)

• Born free to dream
• SA’s youth can beat drugs
• Foreign journalists get the inside story
• Multimedia: South Africa, the United Nations and apartheid
• The strength of South Africa’s democracy

Those young South Africans who celebrate their 21st birthdays this year can proudly say that they were born in the year their country had its first democratic election. They are the first born-frees to reach maturity.

In Freedom Month – 27 April is a public holiday, Freedom Day, marking the first democratic elections – we asked young people how they had experienced life free of apartheid.

Nokulunga Masombuka is from eMalahleni, previously known as Witbank, in Mpumalanga. She was born on 1 March 1994. She says she feels blessed to be a born-free. “From the stories I have heard from my parents and the movies I have watched, [apartheid] was a tough time and I don’t think I would have handled all the pain and struggle they went through.

“I will cherish the time I have with my family, because if I had been born during that era, my parents would probably have been in jail while I was growing up,” she says, referring to the many people who were jailed or exiled during the struggle.

She is grateful for the things she has that blacks could not have under the apartheid government. “I’m grateful for the education I received, and the fact that I don’t have to work like a slave or be treated like one,” she says, adding that she is pleased she can have white friends now too.

“I’m grateful that I have rights as a black woman and that my parents are able to provide for me without limitation. And also I can walk on the streets at night without cops [stopping me].”

About her interactions with different race groups, she says: ” I see them at my work place, and I have a friend who is white. Also, I socialise with them whenever I use public transportation, which is every day.”

Masombuka works for a company that supplies and repairs communication radios for mines. “I am planning to further my studies.”

Being a South African makes her hopeful, Masombuka adds. “I’ve seen and learned most of our history on television. Cry, the Beloved Country [movie] has shown me a lot, but it hasn’t brought hatred in me.

“Instead it built love towards white people,” she says of the film, an adaptation of Alan Paton’s famous novel. “Although it was painful to watch, I can see that the generation of today can change it and I’ve learned to accept it.”

Although she is worried for her generation, particularly when it comes to the economy: “the fact that we might have some difficulties in the economy. We might not be able to have the things our parents have now, because of the increase in price of things like petrol and electricity. Small things like that.”

Yet Masombuka says South Africa is a beautiful country. “I love it. There’s so much to see and it is growing.”

Watch the trailer of Cry, the Beloved Country here: