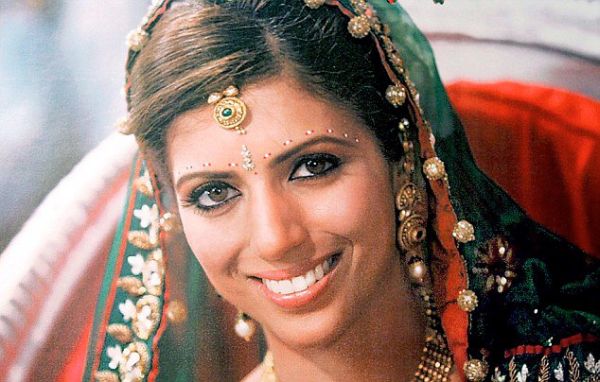 Shrien Dewani has denied that he had anything to do with the murder of his new bride Anni Dewani. (Image: Facebook)

Frigid Bristol in England is not usually the bolthole of choice for someone trying to avoid trial in a sunny clime. But that is where Shrien Dewani, accused of having his  bride Anni Dewani murdered, finds himself. From behind the locked gates and reinforced concrete, razor wire-topped walls of the Fromeside Secure Clinic he has fought, since 2011, South African attempts to extradite him.

A final High Court ruling means that Dewani may be in the country as early as 8 April to face the justice system that he has tried to evade since Anni’s murder in November 2010. The High Court has ruled that while his medical conditions – post-traumatic stress disorder, hyperacusis (a hearing disorder similar to tinnitus) and related problems with concentration – made him unfit to stand trial, he should be held in South Africa until his condition improved. The three-judge panel headed by the Lord Chief Justice, Lord Thomas, did stipulate that Dewani must be returned to England in a year if his condition did not improve sufficiently for him to stand trial.

Doubts for a fair trial

In the three-plus years since Anni Dewani’s kidnapping and murder, the defence has fought his extradition while also working to cast doubt on the competence of the South African police, raising the spectre of rape in prison and highlighting the supposed collapse of the mental health system in the country. The lawyers argued that Dewani would not get a fair trial, that he would not get access to medical treatment while awaiting trial or if he was convicted, and that he would not be safe in a South African prison.

There is still the option of appealing to the European Court of Human Rights but Mthunzi Mhaga, spokesman for the Ministry of Justice, says that there has been no indication that Dewani would appeal the latest ruling. Mhaga says that after landing in South Africa, Dewani “will be kept in a medical facility due to his peculiar condition. We are working tirelessly to ensure that his return to our shores brings to finality this protracted legal process. We are confident that he will receive a fair trial in our courts.”

From the time of his arrest in December 2010 Dewani has appeared in court 10 times, including his bail hearing. Three times extradition has been affirmed and twice his team has been allowed to appeal. After the third ruling the Supreme Court blocked any further appeals in English courts. 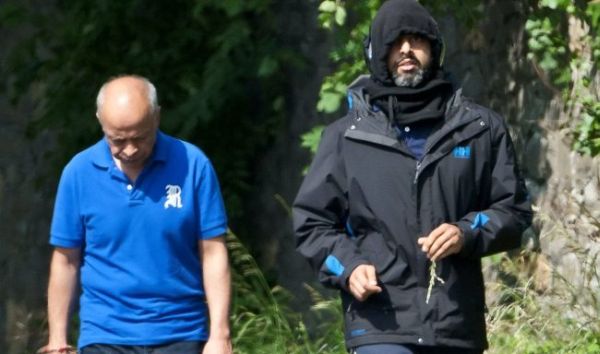 Shrien Dewani (right) has been held at a secure hospital in his hometown in Bristol, but is allowed daily visits home. (Image: Facebook)

Cummings, a witness for the South African government, added that extradition would increase Dewani’s suicide risk in the short term, but his condition would improve after a “spike”. He insisted that Dewani’s health could be managed as well in South Africa as in the UK.

At the time of his first extradition hearing, Dewani was being visited every 15 to 20 minutes because he was a high suicide risk. Clare Montgomery QC (Queens Counsel, the equivalent of a senior advocate in South African law) argued that extradition would increase the risk of suicide to an unacceptable level.

Montgomery argued that “the South African government were incapable of fulfilling the limited assurances given. The suicide management capacity of the South African prison system was ‘inadequate’, as had been admitted by the Prisons Inspector. Experts also agreed that there was no evidence that the psychiatric hospital available to care for him could adequately treat his complex illnesses.”

Beyond that, she continued, he was also at serious risk of violence from other prisoners. There were limited undertakings to protect his health but, “no effective undertakings had been given to protect him from sexual violence or other violence at the hands of prisoners”.

Arguing that European and English governments held their legal system to a higher standard than South Africans, extradition would be incompatible with articles 2 (the right to life) and 3 (prohibition on torture) of the European Convention on Human Rights, which protect the right to life and prohibit inhuman and degrading treatment.

His expensively assembled team included super publicist Max Clifford – until his arrest and trial for a series of indecent assaults – who orchestrated a smear campaign on the sidelines of the legal battle. It was Clifford’s job to provide the smoke to bolster the argument that the South African justice and penal system is indeed barbaric.

The campaign began with a statement calling the charges against Dewani, “totally false accusations blaming him for what happened to his wife from people seeking to divert this matter away from security in South Africa for ordinary people”.

At the first extradition hearing in May 2011 the court heard from Sasha Gear from Johannesburg’s Centre for the Study of Violence and Reconciliation that in the eyes of other convicts Dewani would be guilty of a “sissy crime” which, along with his wealth and looks painted a target on his back.

Dewani’s counsel has also raised the prospect that his client is being set up for Anni’s murder by police wanting to deflect attention from their country’s high crime rate. The multipronged attack also included criticism of the initial investigation and claims that the police forced confessions from the men imprisoned for the crimes to fit with their interpretation of the night.

In December 2010, then police commissioner Bheki Cele was quoted as saying, “A monkey came all the way from London to have his wife murdered here. Shrien thought we, South Africans, were stupid when he came all the way to kill his wife in our country. He lied to himself.”

Dewani’s lawyers jumped on the use of the words “murderer” and “monkey” to argue that their client had been prejudged and was therefore unlikely to receive a fair trial in the country.

Then in March 2011 the original investigating officer and detective, Colonel Christiaan Theron, credited with arresting Dewani’s alleged co-conspirators, was accused of racism (the formal charge is crimen injuria) and fraud. Clifford argued, at the time, that this was an indication that racist South African police officers were looking to pin the murder on non-white suspects and Dewani was the easiest target.

Too many unanswered questions

In October last year Dewani’s defence asked the Crown Prosecution Service, the English version of the National Prosecuting Authority, to prosecute him in England instead of extraditing him to South Africa. Allowance is made for these prosecutions in England but only for crimes committed in an EU country. Among the Commonwealth nations, Australia, New Zealand, Canada and South Africa can apply for an extradition order without having to present prima facie evidence at the hearing.

This was an idea raised by a former South African acting High Court judge, Paul Hoffman, in an interview with the BBC in March 2012. He admitted that it was an unusual arrangement but the deal could be negotiated between the UK and South African judges. Hoffmann’s argument was based on Dewani first being found guilty in a South African court. A UK Ministry of Justice spokesman knocked the suggestion down by pointing out there was currently no prisoner transfer agreement between the countries, but “we hope to get more agreements with other countries and one of them may be South Africa”.

Melanie Riley of English NGO Friends Extradited, and a Dewani ally, told the Guardian in October last year that sending Dewani to South Africa as an awaiting trial prisoner was cruel and unusual punishment, and that with his medical history Dewani would languish in prison or in a secure medical facility while waiting for his condition to improve. She said that given the conditions in South Africa this would take much longer, if ever. “Prolonging a trial delay serves neither victim nor defendant. Whatever the medical facilities abroad, Britain should only extradite for trial, not treatment.”

In denying Dewani the right to appeal its decision the High Court judges wrote, “South Africa has now a material track record of respect for democracy, human rights and the rule of law. Those are highly material factors to the court’s acceptance of the undertakings…”

For Anni’s family, which has swung from supporting a son-in-law, to wondering what he is hiding, to praying for a judicial end to the nightmare, none of the legalities matter. They are not convinced of his guilt but want justice to be seen to be done.

There are too many unanswered questions for them. As Ami Denborg, Anni’s sister has said, “I don’t know what to believe sometimes. I just want the truth to come out and the end of this story so I can move on with my life.”