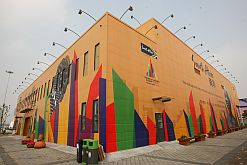 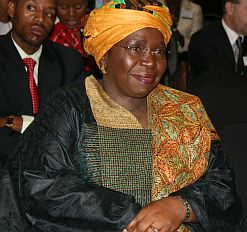 South Africa’s image as a globally competitive nation has received a major boost from its successful participation in the Shanghai Expo, the government said.

Since the expo opened on 1 May 2010, about 3-million people have flocked to the country’s pavilion, which South Africa’s Minister of Home Affairs Nkosazana Dlamini-Zuma visited on 18 July.

More than 190 countries have had a presence at the six-month-long expo, which is the biggest of its kind in the world. It will come to an end on 31 October.

“We are sure that the combination of our participation in the Shanghai Expo and the 2010 Fifa World Cup has totally rebranded South Africa to the world,” Dlamini-Zuma said during her visit to the Chinese city.

“Not only has South Africa been rebranded, it has also been exposed to a lot of people, especially young people around the world and this has created a better understanding of South Africa and Africa.”

The joint African pavilion has attracted about 10-million people over the last few months.

These massive turnouts “indicated the interest that the world has taken in Africa and South Africa”, said Dlamini-Zuma, adding that the country has presented itself as a rising modern economy and one of great industrial and scientific power in Africa.

The minister said South Africa has proven itself to be a country that’s ready for trade. “South Africa is open for business and ready to serve as a gateway to the rest of Africa.”

She tipped the local private sector, which has had a major presence at the expo, to cash in on the exposure it received to further contribute to the country’s economic growth. “This will ensure government delivers on its mandate to improve the lives of all our people.”

More South African cities could have been represented at the expo to showcase the country’s urban diversity, Dlamini-Zuma said. “We think that in future, more cities must participate in these expos.”

About 72 South African organisations have exhibited at the expo, representing sectors like mining, information and communications technology, energy and agro-processing, among a range of other industries.

Participation by South Africa’s private sector will strengthen economic ties between the country and China, Dlamini-Zuma said. “We are confident there will be further conversations between these business houses and we will see cooperation in a variety of areas.”

As it is, China and South Africa have a healthy trade relationship, with the burgeoning Asian power surpassing the US as South Africa’s biggest trading partner in 2009. “China is one of South Africa’s strategic partners,” Dlamini-Zuma confirmed.

Every cent was worth it

South Africa’s government is predicting lucrative economic spinoffs from exhibiting in Shanghai. “It is too early to calculate the impact of the expo on our economy, but I am confident we will begin to see very positive effects,” the minister said.

“All in all, we think every penny spent on organising and participating in this expo has been worth it.”

Organisers at the South African pavilion are currently hosting fashion shows, where local designers can show off their latest trends.

Throughout the expo South African musicians have fired up Shanghai stages. Jazz maestro Don Laka and flautist Wouter Kellerman are still due to perform in the city. “Our culture has also been showcased … through the performances rendered by South African artists,” Dlamini-Zuma added.

Like the line-up of artists, various exhibitions are in the pipeline. “We will also present science, climate change and environmental initiatives. These activities will continue,” South Africa’s Consul-General to Shanghai, Vika Khumalo, said in a statement.