Through the Women Empowerment Strategy, Sasol’s Nolitha Fakude aims to create a safe and fulfilling work environment for women in the company. (Image: oecd.org)

It is difficult to speak of mining alongside women’s rights and environmental sustainability. Mining is an adversary to both causes as it is a major pollutant and an unforgiving environment for women. But when Nolitha Fakude became Sasol’s executive vice president for sustainability and human resources in 2005, environmental and women’s issues became a major concern for the petroleum company.

When Fakude first took up her post, she set out to clean up Sasol’s water use. It was under her eye that Sasol launched Water Sense, an initiative that aims to implement the company’s water sustainability policies across all its operations around the world.

Sasol had also teamed up with Emfuleni Municipality and sustainable development services company Deutsche Gesellschaft für Internationale Zusammenarbeit on a project that saved 1-million cubic metres of water and created about 80 plumbing, water conservation and learner technician jobs created in the local community.

The 49-year-old’s goal is not only to make Sasol an environmentally sustainable company, but also a company that promotes gender equality within the workplace. 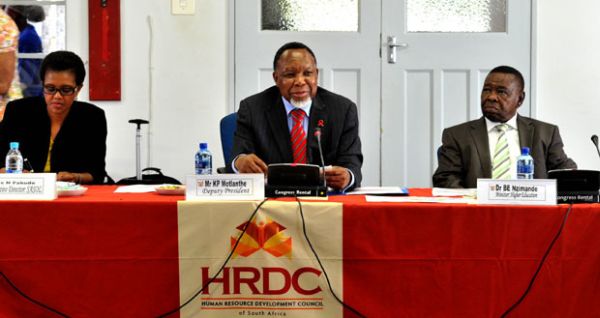 Fakude has been involved in implementing three initiatives that aim to create a safe and fulfilling work environment for women in the company. The Sasol Women’s Network runs a number of mentoring programmes that provide women with the appropriate skills to excel in the company. Additionally, Sasol’s Women Empowerment Strategy has also helped women in the company to reach their full potential. The Women in Mining Development Programme is an ongoing attraction, growth and retention plan which focuses on the development of women across all levels of the business. As a result, women already occupy 22.6% of all management positions at Sasol Mining.

Fakude’s involvement in bettering women’s standing in the mining industry earned her the top honour in the Mining and Petrochemical Sector category at the CEO Magazine Most Influential Women in Business and Government Awards in July 2014.

Despite the changes she has made at the petrochemical company, Fakude believes that there is still more work that needs to be done to ensure women are fully accepted in the workplace across all sectors. Speaking from the World Economic Forum summit in Davos in 2011, Fakude said that an economy cannot be run without women. She added that although South Africa has legislation that enables equality in the workplace, the results are not what the country had hoped for. “As we moved forward with Black Economic Empowerment the focus was more on black and less on women. Women and gender issues are very much linked to black issues. You cannot talk about black without talking about black women.”