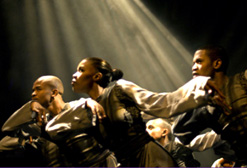 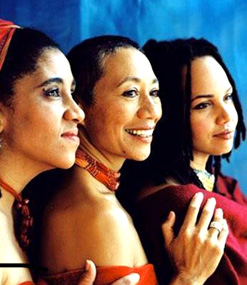 The 53rd anniversary of the historic 1956 women’s march will be commemorated with an array of special events billed to take place from 7 to 9 August.

On 9 August 1956, over 20 000 women of all races took a stand against racial segregation and marched to the Union Buildings in Pretoria, the headquarters of the apartheid government, where they defiantly burnt their passbooks.

The passbook was a document, which regulated the movement of people of colour within “white areas”.

The passbook allowed labourers to enter suburbs for work purposes only, after which they had to vacate the area.

Organised by the Federation of South African Women, the original march was led by South African icons such as Helen Joseph and Lillian Ngoyi.

During the march, the phrase “wathint’ abafazi, wathint’ imbokodo” (you strike a woman, you strike a rock) became a well-known and powerful credo.

In celebrating that courageous moment in history, the South African government has this year adopted the theme, “Together empowering women for development and gender equality”.

President Jacob Zuma will give a state address, followed by other government officials, including Noluthando Mayende-Sibiya, minister for the newly formed ministry for women, youth, children and people living with disabilities.

Women of the fast lane

The entry fee of R650 (US$83) will include all vehicles, motorcycles, karts and scooters for all five categories as well as transponders, medical support on the day and vehicle insurance.

The female daredevils will burn some serious rubber at Zwartkops Raceway in Pretoria, north of Johannesburg. Entrants must be in possession of a motorcycle or car learner’s licence in order to participate.

The qualifier rounds will take part in the early morning, where 25 women will compete for the fastest time.

The five competitors with the fastest times will challenge each other on the race track in the late afternoon.

In Cape Town, for women looking to add some sizzle to their love life, a burlesque Lap Dance workshop will take place at the GG 1920s Glitz & Glamour restaurant.

The workshop, inspired by the stylish and flirty 1920s, promises to release every woman’s inner diva with the signature feathers and seductive moves of burlesque dancing.

Cellphone network operator MTN, in association with the South African state theatre, will be hosting their second celebration of women in arts.

The luncheon on 7 August will create a platform for female musicians, actors, crafters, poets, photographers, dancers and fashion designers, who will showcase their individual talents.

In Cape Town, the Artscape Theatre Centre, the city’s premier dance and opera venue, will be hosting its Artscape Women’s Arts Week from 29 July to 8 August.

Scheduled events include a show “Womanitide” on 7 and 8 August, a production that, according to a press statement, promises to “leave you feeling proud to be an African, proud to come from a woman.”

Renowned filmmaker and social activist Shelly Berry will also showcase her series of 10-minute documentaries about local and international social issues on 7 August. .

Berry is not only a filmmaker but also a poet and lesbian activist, who uses her art to highlight social issues.

She was born in South Africa, but now spends her time between the United States and her home country, where she continues her work as an activist.

She will be present at the screening, for a question and answer session.

Meanwhile, Johannesburg’s cultural hub, Newtown, will come alive with a variety of celebrations and commemorations.

The Women’s Day celebrations will start off at 9am with a traditional dance programme at the Mary Fitzgerald Square.

The Mosadi Otswara Thipa Kabohaleng (meaning “a woman is brave” in Northern Sotho) ensemble will entertain audiences with colourful dances and music.

At the neighbouring Moving into Dance venue, a dance workshop “The woman in me” will focus on celebrating womanhood through various dance interpretations.

Women from all walks of life are invited to attend the free workshop.

Poetry will also feature during the day, with a special reading for emerging poets taking place at Bassline, Newtown’s premier concert venue.

The young wordsmiths will have the opportunity to buy a five-minute slot on stage for R5 (64 cents) each.

Young female poets from around the country will also join the readings, while a number of DJs have been invited to spin their turntables.

Other events will include book launches, photography exhibitions and film screenings.

Night owls can look forward to an evening of music at Jazz Café where Niki’s Oasis will present “Women in Jazz”, featuring the Hlulani Hlwangwane Quartet.

Hlwangwane is a South African-born jazz singer, arranger, and composer.

She first performed while studying jazz at the University of Cape Town, where she experimented with mixing elements of soul as well as rhythm and blues in her repertoire.

Hlwangwane and her band will perform on 8 and 9 August at the Jazz Café.