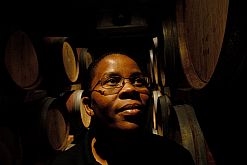 Ntsiki Biyela is a winemaker at the
Stellakaya Cellar in the Western Cape.
(Image: MediaClubSouthAfrica.com. For
more free images, visit the image library) 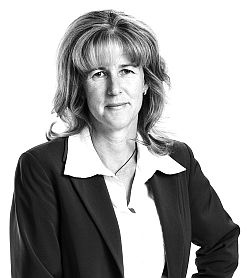 Jeanette Hern, partner and head of
corporate finance at Grant Thornton,
says the fact that South Africa outperforms
the global average can be attributed to the
emphasis placed by government on gender
equality and employment equity.
(Image: Grant Thornton)

South African women occupy 27% of senior management positions in the local workforce, according to recent findings in the Grant Thornton International Business Report.

The South African average is way above the global level of 20%. Although the latter was 24% in 2009, it dipped to its lowest since 2004 in the most recent results.

This was revealed on International Women’s Day, which was celebrated on 8 March 2011.

The survey for the report was conducted at private businesses and governments in 39 countries in both developing and developed countries.

Jeanette Hern, partner and head of corporate finance at Grant Thornton, said: “The fact that South Africa outperforms the global average can be attributed to the emphasis placed by government on gender equality and employment equity.

“However, while the South African government holds an impressive record with many women in senior positions, the private sector business community still has a long way to go, particularly in the roles that women play.”

April Mackenzie, global head of public policy and external affairs at Grant Thornton, added: “It is disappointing to see that the global proportion of women in senior management has shown no sign of growth, reverting instead to 2004 levels.”

“We can’t afford to be complacent by relying on the fact that we are outperforming our global counterparts. The recent economic crisis has highlighted the need for businesses to be flexible and open to change in order to survive. The different perspective that women can bring is so important in our ever-changing and complex world,” said Hern.

The report and its findings

The respondents targeted by the survey were those in the positions of CEO, MD, chairpersons or other senior executives.

The percentages of the respondents came from the following industries: 25% manufacturing; 25% services, 15% retail and 10% construction. The remaining 25% was spread across other industries.

The survey found that Thailand had the most women in senior management positions with 45%, followed by Georgia (40%), Russia (36%), Hong Kong and the Philippines (both 35%).

India, the United Arab Emirates and Japan had the lowest number of women in senior positions, all with less than 10%.

The percentage of women in senior positions can be broken down into the following departments: 22% finance; 20% human resources; 9% marketing and 9% sales.

Globally, 8% of women in senior positions are CEOs. Asian economies boast the most women CEOs, with Thailand having 30%, mainland China 19%, Taiwan 18% and Vietnam 16%.