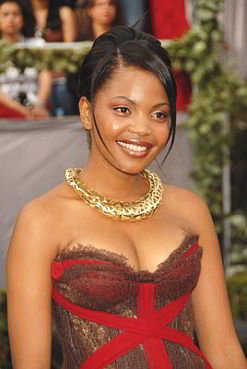 South African actress Terry Pheto is
currently shooting for her role as a world
renowned South African surgeon on
US television drama The Bold and
the Beautiful.
(Image: jamati.com) 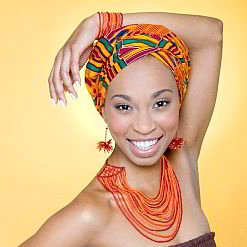 Nondumiso Tembe is currently shooting
for her new role on the fourth series of
US hit series True Blood.
(Image: trueblood.myblog.org)

Two South African actresses have recently scored impressive roles in Hollywood productions: Nondumiso Tembe will star in the hit series True Blood, while Terry Pheto will play in one of the most popular and longest-running soap operas, The Bold and the Beautiful.

Tembe will join the star-studded cast of the vampire series as a French-speaking supernatural being from the 1940s. She’s already begun shooting her episodes for the show, which will air on 26 June 2011 in the US and in December in South Africa.

“It’s a wonderful place to work, the energy on set is wonderful,” she said. “This has been my best experience working in film and television. I’ve grown and learned a lot from it and it’s going to be an experience that I’ll cherish forever.”

Tembe is no stranger to the entertainment industry. In January this year she launched her debut album called Izwi lami, which means “my voice” in isiZulu.

She was born in Durban, KwaZulu-Natal, to well-known opera singers Linda Bukhosini and Bongani Tembe. Tembe is the CEO and artistic director of the Kwazulu-Natal Philharmonic Orchestra, while Bukhosini is the CEO of Durban’s Playhouse Company.

She began performing in opera and theatre productions with her parents in New York at the age of six, while her parents studied music at the prestigious Juilliard School.

They returned to South Africa when she was 10 years old. After completing high school, she returned to the US on her own to study musical theatre at the American Musical and Dramatic Academy before doing a master’s degree in acting at Yale University.

She currently lives in Los Angeles and is determined to make a name for herself in Hollywood.

When Pheto joined the cast of The Bold and the Beautiful, she made history as the first South African to land a role in a US day-time TV drama.

She will be starring in a recurring role as a renowned South African heart surgeon. Although she started shooting on the 13 June, local audiences will have to wait until next year to see her in action.

“This is the opportunity of a lifetime and I look forward to sharing the screen with my soapie heroes Katherine Kelly Lang and Susan Flannery, while sinking my thespian teeth into a challenging role,” said Pheto.

Pheto’s casting is also extraordinary in the sense that a South African actress has been chosen to play a South African character on an international day-time drama series. US shows often use Americans to play these parts.

The Soweto-born actress started her career in a leading role in the Oscar-winning South African movie Tsotsi.

In 2008 she beat hundreds of candidates to become the new face of cosmetic house L’Oreal Paris.