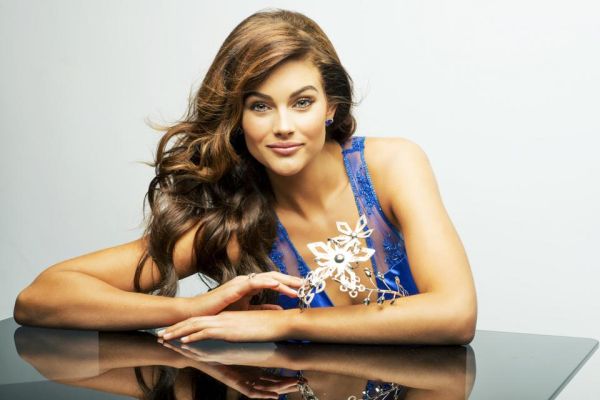 “We as women, have soft and sympathetic souls. We are the ones who give hope, love and comfort. Let us use those qualities,” Rolene Strauss once wrote. (Image: Miss SA).

“South Africa, this is for you. I’m so proud of you, and I’m proud to be your representative.” With these words, Rolene Strauss began her reign as Miss World 2014 on Sunday evening, 14 December.

That she is stunning is only one reason she has been crowned the most beautiful. Her compassion and intelligence shine through and won over the judges and the public. In her interview for the pageant, she said: “The fact [is] that we as humans don’t realise how much potential we have to do good, give and make things right. How amazing would it be if we all realised our potential?”

She entered the Miss South Africa pageant and then Miss World because the pageants had evolved. They were no longer about women parading around in bikinis, but were about giving back. The pageants, she has said, were an opportunity to give back and make a difference.

Passionate about South Africa, our representative took lessons from the country she said gave her goose bumps whenever she thought of home. Talking about 20 years of democracy, she told a pageant interviewer: “We struggled through our obstacles, stood up after difficult times and gave hope to so many countries where equality is a struggle. This shows us that we are capable of great things and we are resilient.”

The beauty queen has followed her parents – her father is a doctor and her mother a former nurse – into medicine and she studies at their alma mater, the University of the Free State. In her hometown she was known as “Little Dr Strauss” because she always followed her father around.

Beyond growing up in a medical home, the miracle of her birth has given her a lifelong belief in the ability of medicine to change the world for the better. As she told the Miss South Africa organisers: “I am the University of the Free State’s first successful test tube baby. One of the greatest gifts anyone can receive is the gift of a healthy life. With my passion for giving, people and health, I will be able to contribute to one of the most important things any country desires: health for all.”

Strauss follows in the high-heeled footsteps of Penny Coelen (1958) and Anneline Kriel (1974) as the pinnacle of beauty. Unlike the two previous winners, however, the brunette represents a democratic South Africa. She credits Nelson Mandela as the person most responsible for the freedoms she enjoys as a South African.

Another personal hero is the rector of her university, Professor Jonathan Jansen. He lives by a simple philosophy, Strauss has said – love what you do, stay humble and let the light shine on others. “He is one the most outspoken, down-to-earth, passionate, people’s persons I’ve met. He is not afraid to stand for what he believes in, he loves what he does and gives of himself to his students. I can testify that he wants the best for his students and supports them in all they do.” 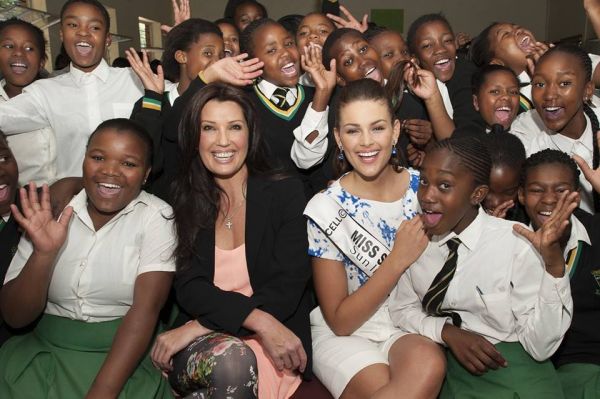 “They are plans for good and not for disaster, to give you a future and a hope.” A reading from Rolene Strauss’ favourite bible verse – Jeremiah 29:11. (Image: Miss SA).

Strauss’s reign as Miss South Africa and now Miss World will be inspired by another beauty queen and former Miss South Africa, Jo Ann Strauss. She met the 2001 winner as a nine-year-old when she visited her home town of Volksrust. “She brought Miss South Africa to the people and is still making a change in the lives of others. She is the perfect example of a beautiful, strong woman who became Miss South Africa, went back to university, finished her studies and to this day is using all her opportunities since her crowning 13 years ago.”

Strauss lives the motto of the pageant – Beauty with a Purpose – and already has a history of humanitarian and charity work behind her. The judges agreed that this young South African woman perfectly embodied all that the pageant was about. One day another young South African girl may say of her, as she says of her hero, Dr Precious Moloi-Motsepe: “She is a true inspiration of what a hard-working woman can achieve in South Africa.”