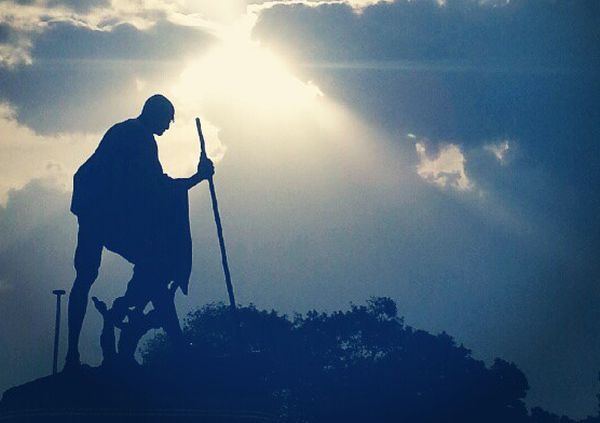 One hundred years ago this year – in June 1914 – Mohandas Gandhi left South Africa for India. He had arrived an awkward shy young barrister and found in South Africa, and the Indian community’s fight for equality, the voice and path that changed the world.

“You gave us Mohandas; we returned him to you as Mahatma.” – President Nelson Mandela in a speech in India.

The “disease of colour prejudice” as Gandhi called it, was brought home to him during a train journey to Johannesburg in 1893. Travelling on a first class ticket in a compartment, the young barrister was manhandled off the train in Pietermaritzburg after a white traveller complained about his presence.

This incident was the defining moment in his life. The moment he went from being a timid newly graduated barrister to becoming the thin older man of legend, in a homespun dhoti and shawl leading India towards independence from Britain.

Standing on the platform, his anger rising, he went from annoyance to indignation to making a life-changing decision. Forgiveness, as he would later say, was not his to give. In that moment he was powerless but he could act to change his world, and the world. 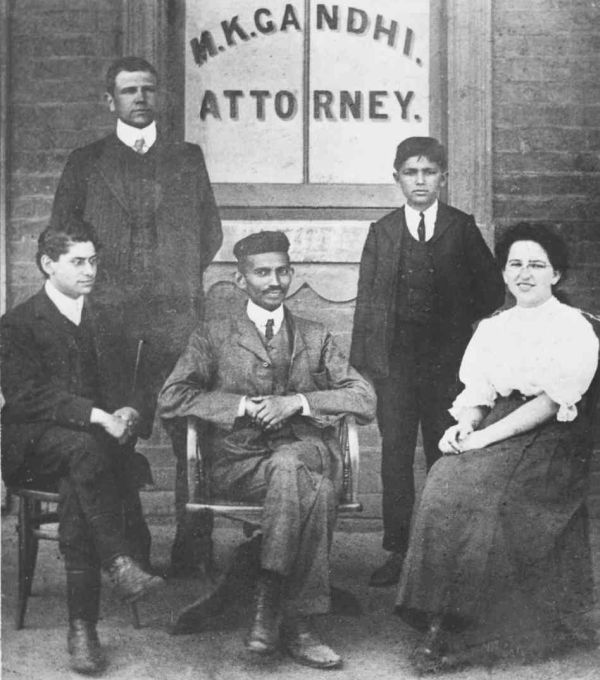 “The weak can never forgive. Forgiveness is the attribute of the strong.” Mahatma Gandhi (Image: Ramachandra Guha)

“You must not lose faith in humanity. Humanity is like an ocean; if a few drops of the ocean are dirty, the ocean does not become dirty.” ― Mahatma Gandhi

Satyagraha, the philosophy born out of that incident, means soul force and was not a weapon for the weak. It meant meeting force with non-violent resistance. Satya – truth – and agraha – firmness – won Gandhi thousands of supporters. Organised through the Natal Indian Congress his campaign of civil disobedience filled the prisons with thousands of supporters; in turn their sacrifice won him thousands more.

He harnessed this wilful non-violent disobedience to protest laws restricting Indians from participating in the economy, invalidating their customary marriages and the restriction of free movement. The point of the campaign, for Gandhi, was not to break the law but to fill the prisons. Civil disobedience, arrest and imprisonment were meant to attract the attention of the authorities; to hold up a mirror to their unjust and uncivilised laws.

For Gandhi, Satyagraha was a powerful because it required strength to not retaliate violently while being beaten. He suggested, and repeated often, that his campaign was that of a more powerful moral force battling against the weakness of unjust laws. He wrote later in life: “If we are satyagrahis and offer Satyagraha, believing us to be strong, two clear consequences result from it. Fostering the idea of strength, we grow stronger and stronger every day. With the increase in our strength, our Satyagraha too becomes more effective and we would never be casting about for an opportunity to give it up.”

By 1914, when Gandhi left South Africa for India, he had managed to wrest concessions from President Louis Botha and his government. The four-year-old Union government repealed the £3 Tax; customary Indian marriages were recognised (women of Indian descent also protested vocally against these restrictions); some provisions of the Immigration Restriction Act were repealed; and the Black Act – the Transvaal Asiatic Law that required every Indian male to register and carry an ID certificate – was abolished.

“Strength does not come from physical capacity. It comes from an indomitable will.” ― Mahatma Gandhi

The Natal Indian Congress (NIC) was the first organised resistance movement in South Africa, and it can be argued the NIC and its passive resistance campaign influenced the founders of the African National Congress that formed in Bloemfontein in 1912.

The Bambatha Rebellion of 1906 reinforced the idea that any armed resistance would be met with the full might of the authorities. The leaders who gathered in Bloemfontein in 1912 to found the ANC understood this lesson and found a second path in Gandhi’s Satyagraha campaign.

The strongest sign of Gandhi’s influence on South African resistance politics can be found in the 1952 Defiance Campaign. The intensity of the campaign against unjust pass laws and curfews for Africans was a sign of the growing frustration of South Africa’s majority. The 8 000 volunteers, members of the ANC, South African Indian Congress and the Coloured People’s Congress were, in the end, unsuccessful, but it showed the way forward to a unified South Africa.

“You may never know what results come of your actions, but if you do nothing, there will be no results.” ― Mahatma Gandhi 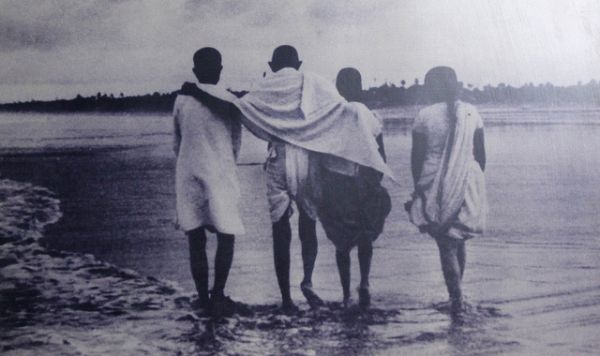 “The future depends on what you do today.” Mahatma Gandhi (Image: Nagarjun Kandukuru)

Gandhi never returned to South Africa after he left in 2014. The legacy he bequeathed the country can be seen in the work of the many he influenced. The families and children of his closest confidants – Thambi Naidoo, Parsi Rustomji and Ahmed Cachalia – were all active in the struggle for a non-racial, democratic South Africa.

South Africa played a pivotal role in shaping who Gandhi became; it moulded his political views and was the furnace that formed the philosophy that changed the world. His example of determined, non-violent struggle and the idea that defending the dignity of all makes for a better world remains relevant today.

A hundred years ago a great man left our shores but we must remain committed to the lessons of life that he bequeathed to us all.

“It’s the action, not the fruit of the action, that’s important. You have to do the right thing. It may not be in your power, may not be in your time, that there’ll be any fruit. But that doesn’t mean you stop doing the right thing. You may never know what results come from your action. But if you do nothing, there will be no result.” ― Mahatma Gandhi