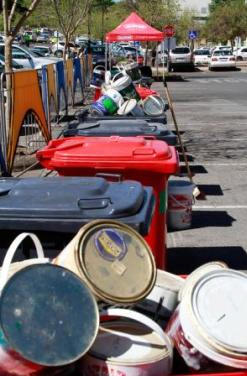 Often when one speaks of recycling, the first image that comes to mind is that of commonly recycled materials like beverage cans. According to Collect-a-Can, which has been in operation since 1993, beverage cans are the most recycled material in South Africa, with 70% of used cans recovered every year.

There are, however, more materials that can be recycled than members of the general public are aware of.

With its annual Recycling Week initiative, Johannesburg shopping and entertainment centre Brightwater Commons aims to educate people on the benefits of recycling and make the activity a part of their daily lives.

For this year’s event, the public is being encouraged to donate household and office goods that they no longer have use for, and according to the centre’s marketing manager Francois du Buisson, just about everything on that list can be recycled.

Recycling Week takes place from 30 August to 2 September in Randburg and between 8am and 5pm every day for that week; patrons of the centre can dispose of their old items on the premises.

Many people are concerned about the manner in which goods are recycled, said du Buisson.

“It is a major worry that these goods may just end up going to a landfill, and that is exactly what we are focused on avoiding,” he said.

“With a new approach involving donating and up-cycling, we hope to encourage the reuse of materials before recycling.”

Du Buisson added that reusing is just as responsible as recycling, if not more. After all, he said, if people reuse products their overall consumption requirements decrease.

Materials that can be recycled include anything in the household that is made of tin, cans, glass, plastic and paper. Old appliances that are no longer used, such as old irons, hair-dryers, microwaves and kettles will be sorted and recycled at the end of the drive by partners sourced by Brightwater Commons.

Waste Bank, an organisation that specialises in collecting and sorting recycled materials, will be on hand to help sort the donated goods so that they will be ready to be recycled correctly and efficiently.

“The Spring Clean and Recycling could benefit not just your household, but also another in need. What may be old and boring to one could be new and exciting to someone else,” said Du Buisson.

More to it than recycling

Electronic-based refuse such as old computer hard-drives, keyboards, printers, walkmans, phones, game consoles and CDs is generally referred to as e-waste. This and any other waste associated with electronic equipment can be brought to the centre during Recycling Week.

On the final day of the drive, motorsport enthusiasts can take part in what Du Buisson calls the auto-jumble – an exchange or sale of historic racing cars among those who share an interest in them.

Charities will also benefit from the activities of the drive. Windsor East Recreation Centre, Babies Behind Bars and Hospice are some of the organisations that have been earmarked to receive donated goods relevant to their needs and services.

Everything from baby clothes and toys to blankets, fabric and curtains, as well as furniture usually makes it to the designated donation areas, and centre management is able to give the items that are in good shape to the charities involved.

Throughout the week, the Green Living Expo will take place in the centre’s promotions court, with electronics retailer Stax on hand to showcase the latest energy saving gadgets and appliances to shoppers.

Research done by Collect-a-Can shows that South Africans generate approximately 50 cubic metres of waste per annum, and this is before the consideration of other sources in the industrial field like mining, agriculture and forestry.

The government’s National Waste Management Strategy, developed in 2011, stipulates plans to help promote waste management, reuse and recycling among the country’s citizens. Equally important, according to the document, is the efficient delivery of waste services by government organs.

With a deadline of 2016 in mind, the Department of Environmental Affairs aims to achieve an annual recovery of 25% of all recyclable material that would otherwise have ended up in landfills.

A Johannesburg-based organisation, Delta Environmental Centre, runs educational recycling programmes for schools with separate activities for the different phases. They also act as facilitators for companies or schools that wish to take part in programmes related to recycling. 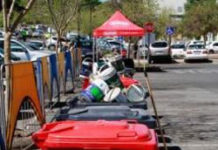 Recycling as a way of life