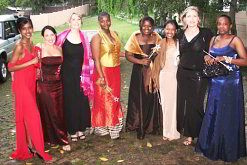 Belles of the ball – thanks to the Cape
Town-based Princess Project.
(Image: The Celebration Blog) Former Miss South Africa Jo-Ann Strauss
is putting her network to good use by
helping girls to look their best on the
night of their matric dance.
(Image: Princess Project)

The second most anticipated occasion in the last year of high school – besides the release of those all-important final results – is the matric farewell.

It is the night young ladies and gents dream about the entire year, and is usually filled with glitz and glamour. The build-up starts long before invitations are issued, with fundraising, finding a date and finally, many hours of shopping for the perfect outfit.

Matric farewells are the equivalent of the prom in other parts of the world, and usually take place towards the end of the third quarter of the year.

But what happens to the many matriculants who cannot afford to buy or even hire a dress for that special evening?

A dedicated team is coming to the rescue. The non-profit Princess Project was founded in Cape Town in 2007 by former Stellenbosch University lecturer Helga Leurs. She realised that for many young ladies who cannot afford the expenses connected with a matric dance, it becomes a case of rather not going than not looking the part.

This is damaging to confidence levels and because final exams follow soon after, may have a negative effect on motivation and results.

Instead of letting this happen, the Princess Project steps in to change the situation.

The idea is that people donate previously worn matric farewell gowns, wedding or evening gowns, shoes, and other glamorous attire that may be gathering dust in their cupboards, to the project.

The Princess Project in turn loans the garments to those less privileged teens who dream about looking like princesses for the evening but do not have the financial capacity to do so.

The concept received tremendous feedback from the start, and soon Leurs was inundated with emails and the project threatened to get out of hand. Along came Erica Pienaar, who quit her job and joined the project as CEO. The third member of the original trio is Yolandi Finch, whose job focuses on corporate social responsibility.

The project is run nationwide, with approximately 30 volunteers handling their respective branches from Pretoria in Gauteng to Port Elizabeth in the Eastern Cape, and from Upington in the Northern Cape to Tzaneen in Limpopo.

This network of women is playing their part to help young ladies, and, said Pienaar: ”It’s hard to say how many we have already sponsored but it is in the region of 1 500 in Cape Town alone.”

The only condition for participation in the Princess Project is that the beneficiary’s parents cannot afford to buy or hire a dress. The team tries to help as many girls as possible and for this reason the girls have to commit to only one thing: that they return the dress in perfect condition. In this way a wide range can be built up to suit every shape and size.

However, the sponsorship does not end with the dress. The girls receive accessories, such as jewellery and handbags, to complete the outfit. The Princess Project also has volunteers from the community standing by, to assist with hair, makeup and even transport.

Although Leurs is no longer part of the initiative, Pienaar still has big plans for the future. The team has started collecting men’s suits for young gentlemen who find themselves in the same unfortunate situation, and hopes to further develop that side of the project.

The Princess Project was registered as a non-profit organisation at the end of 2010. At the moment they do not have any large corporate sponsors, but there is one company who dry-cleans the the dresses.

Said Pienaar: “We would like to find a corporate sponsor to help us pay for a bigger space to store the garments.”

Someone else coming to the party – so to speak – is former Miss South Africa Jo-Ann Strauss. Her non-profit organisation, established in 2008 and also known as the Princess Project, aims to deliver the same service to deserving girls.

Strauss was inspired to start her project after thinking back to her own matric dance, which she attended in a dress bought from a second-hand shop. Her celebrity status has garnered much support from local personalities, who have donated designer dresses and enabled her to assist over 80 girls to date.

Strauss is supported in her venture by some of the country’s top magazines, including You, Huisgenoot, and the glossy best-seller Top Billing.

In August 2011 Strauss received 114 pairs of party shoes from major retailer Edgars, through an in-store drive for footwear donations at one of its branches, that coincided with a recent launch of top shoe brands.

“We’re giving underprivileged young ladies the opportunity to rise above their day-to-day challenges and improve their self-confidence, which is key to their future growth and development,” said Strauss at the event. 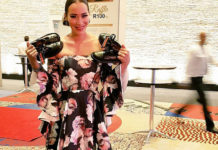 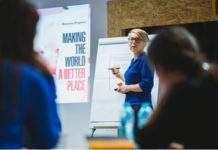