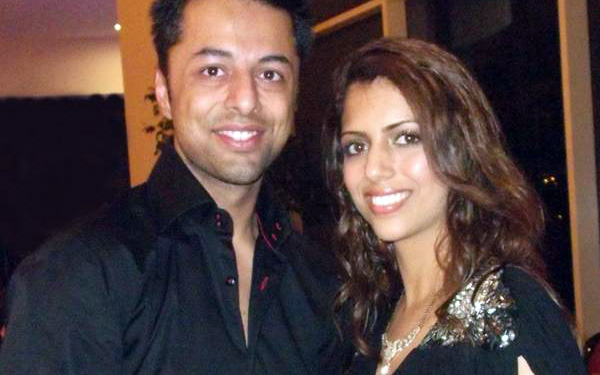 Shrien Dewani and Anni Hindocha. Hindocha was murdered while on honeymoon in Cape Town after she and Dewani were married in a traditional Hindu wedding. The legal wedding was still to come, so she never officially adopted Dewani’s surname. The men tried and convicted of her murder claim it was planned and paid for by Dewani. (Image: Facebook)

After the high levels of global media interest and unrelenting coverage of the murder trial of Paralympian athlete Oscar Pistorius, the spotlight will again be on South Africa, its Constitution and the strength of its legal system when Shrien Dewani arrives in the country following his extradition from the UK to answer questions in court about the murder of his wife, Anni Hindocha.

These legal processes are generating unprecedented media attention around the world. Thousands of articles have appeared in the global press. Hours of television and radio coverage have been flighted, with many more scheduled. Non-stop commentary and analysis flows from the large contingent of international and local journalists and photographers now in the country, reporting on events as they happen. It is testimony to the progress South Africa has made in the past two decades that the country can welcome the global media to see its world-class Constitution and legal system in action.

A young Constitution, but substantial

As South Africa celebrates 20 years of democratic freedom, these high-profile murder cases remind both South Africans and the world that while the country’s 1996 Constitution is much younger than the English legal system, for example, it has created a substantial framework for a society built on democratic values, social justice and fundamental human rights – such as the right to a fair trial.

The South African Constitution is recognised as one of the most progressive in the world, thanks to the extensive social and economic rights it protects. Our strong and stable legal system is a fundamental building block in our constitutional democracy, as is the independence of our courts and judiciary.

The Oscar Pistorius trial has also broken new ground in reporting on South African legal processes. The unprecedented decision by Gauteng judge president Dunstan Mlambo that all trial audio, and selected video, could be broadcast on radio, TV and online, was a breakthrough in legal reporting in South Africa, bringing the country in line with other democracies. It also showed the world that South Africa is committed to greater transparency in its legal system, as demanded by its Constitution.

Today, there is a respect for South Africans’ right to an open and transparent system of justice. After 20 years of democratic freedom, South Africa has upheld the principle of the right to justice for the world to see, in action.

South Africa’s legal and institutional landscape has changed remarkably since the end of apartheid in 1994.

Since 1994, South Africa has become party to most key international human rights instruments, and there has been substantial legal and institutional reform.

The separation of powers between the judiciary and executive is firmly enshrined in the 1996 Constitution, and well-recognised in South African case law.

Since 1994, the appointment process for judges and magistrates has been substantially revised, increasing institutional protection for the independence of the judiciary. The Constitution also demands progress in racial and gender transformation.

The oversight institutions established by chapter nine of the Constitution remain independent and vigorous. These commissions are specifically tasked with the protection and promotion of human rights, and with monitoring and reporting on human rights.

Twenty years into democracy, every South African can take comfort in the robustness and solidity of our legal system and Constitution, the cornerstones of our democracy.

Despite the torrent of headlines on the high-profile cases of Shrien Dewani and Oscar Pistorius, strong legal ethics define South Africa’s legal process, with lawyers on both sides bound to the same standards.

Global respect for our Constitution and our robust justice system serve to position Brand South Africa positively in the eyes of the world as it watches for the outcome of these prominent trials.