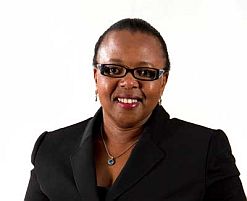 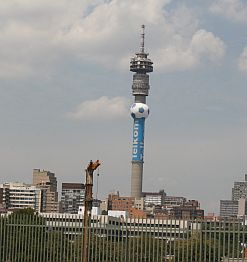 Telkom’s new CEO Nombulelo “Pinky” Moholi has been welcomed as just the right person to drive the state majority-owned enterprise to great heights.

Currently Telkom’s MD, Moholi was announced as CEO on 17 March and will begin her new duties on 1 April.

She has been with the public telecommunications company for more than 12 years, initially as GM for the payphones division and later holding several key executive positions. These include managing executive for network infrastructure provisioning business, managing executive of international and special markets, and chief sales and marketing officer.

Moholi left Telkom for finance giant Nedbank in 2005, where she worked as the bank’s group executive of strategy, marketing and corporate affairs, before making a u-turn back to Telkom in 2009.

The highly-qualified Moholi becomes the first African woman to be named CEO of a listed telecom. She holds a BSc in electrical and electronic engineering from the University of Cape Town and has completed executive management programmes at Stanford Business School and Harvard Business School.

The Department of Communications expressed confidence that Moholi’s appointment will stabilise Telkom’s growth and enable it to implement its turnaround strategy.

“She is an extremely talented person with exceptional qualifications and qualities,” the department said in a statement.

Telkom, a traditional fixed-line operator, has had to adapt to stiff competition in the ICT industry.

Its mobile network 8.ta is new to the market, and its success will be measured in its ability to wrestle subscribers from established operators Vodacom, MTN and Cell C, or attract new users.

Telkom remains dominant in fixed-line services sector, despite a challenge from Neotel, which became a second fixed-line operator in 2008 but has struggled to make significant inroads into the market share.

“Although we are experiencing unprecedented competition on several levels in the ICT sector, I am confident that the Telkom Group has the skills and resources necessary to tackle and resolve these challenges, and to take us proudly into the future,” said Moholi.

Telkom chairman Lazarus Zim said Moholi’s leadership skills and her experience makes her instrumental to the parastatal’s growth. “In Ms Moholi we have the depth of experience, visionary leadership, strategic expertise and knowledge of technology needed to steer Telkom into the future,” he said.

Zim himself has only been in his current position since February 2011. The two appointments are part of new communications minister Roy Padayachie’s drive to stabilise Telkom and other related state-owned entities.

“When I took office four months ago I committed to work with speed to ensure stability at all state owned enterprises within my portfolio, as well as companies that the government has an interest in,” said Padayachie.

“I am therefore pleased that, working with the other shareholders at Telkom, we have been able to bring the necessary stability for successful implementation of remedial measures that will lead to Telkom’s optimal functioning.”

The contract of the outgoing CEO Jeffrey Hedberg expires at the end of March, but he’s been kept on in an advisory role until the release of Telkom’s annual results in June. Hedberg has been the group’s acting CEO for the past six months.

His retention will ensure that the hand-over of Telkom’s leadership proceeds smoothly. “It will also ensure continuity of the momentum for change and the initiatives which Telkom has begun to implement towards achieving greater efficiency and long-term sustainability,” said Zim.

Hedberg is sure that he’s leaving behind a solid foundation. “I am confident that Telkom has set a course for improved efficiency and growth, and I am proud to have made a contribution to the group’s future,” he said.

Moholi becomes Telkom’s first CEO after the departure of Reuben September in November 2010. She’s expected to announce appointments to the currently vacant chief financial officer position, and that of MD which she soon vacates.