Johannesburg, Joburg, Jozi … It’s South Africa’s biggest city, the economic heartland of Africa, an urban sprawl slightly larger than Greater London made up of skyscrapers, squatter camps, mansions and mine dumps. To download these and over 2 000 other free high-resolution photos, register with MediaClubSouthAfrica.com.

A view of Joburg’s skyline, dominated by the iconic Hillbrow Tower and Ponte apartment building, from the rooftop of the Oribi Hotel in Troyeville.

A view of Joburg’s skyline, dominated by the iconic Hillbrow Tower and Ponte apartment building, from the rooftop of the Oribi Hotel in Troyeville.

The Nelson Mandela Bridge stretches across trains in the Johannesburg Station shunting grounds, linking the business districts of Braamfontein and Newtown.

Newtown and the city centre, with the Diamond Building draped in advertising for a local mobile phone operators.

People on their way home after the day’s work, in the Noord Street minibus taxi
rank in the centre of the city.

The Bree Street informal market in the city centre.

The Noord Street minibus taxi rank in the city centre.

Joubert Park minibus taxi rank, in the east of the city centre.

A fruit trader at the Noord Street taxi rank in the city centre.

The Playmakers sculpture reflected in the windows of the Joburg
Theatre Complex.

The Braamfontein skyline seen from across the Johannesburg Station
shunting grounds.

A traditional dance troupe at a cultural festival in Joubert Park.

Boys play with home-made toy wire cars at Freedom Square, a monument to the Freedom Charter, in Kliptown, Soweto.

The outside of the new Maponya Mall in Soweto.

A two-storey low-cost housing development in Alexandra township’s East Bank. On the horizon can be seen the buildings of the upmarket Sandton central business district, including Sandton City and the Michaelangelo Towers.

A commuter takes a break on one of the pieces of public sculpture at
the Baragwanath minibus taxi rank in Soweto.

“Men as Partners”, a mural encouraging men to take on positive and productive roles in the community, in Soweto.

An informal traders’ market at the Baragwanath minibus taxi rank in Soweto.

An artist’s impression of the new Soccer City precinct in Nasrec, near Soweto. Larger than Wembley Stadium, Soccer City is to be the flagship of the 2010 Fifa World Cup, hosting the opening match and the final on 11 July 2010.

“Swankers” (or “Swenkas”), men who dress up in their most immaculate clothes and then compete for the title of best-dressed, at a cultural festival in Joubert Park.

Manners Mansions in the city centre is a classic example of Joburg’s
art deco architecture.

The imposing Civic Centre in Braamfontein. The centre is home to
Joburg’s municipal government. 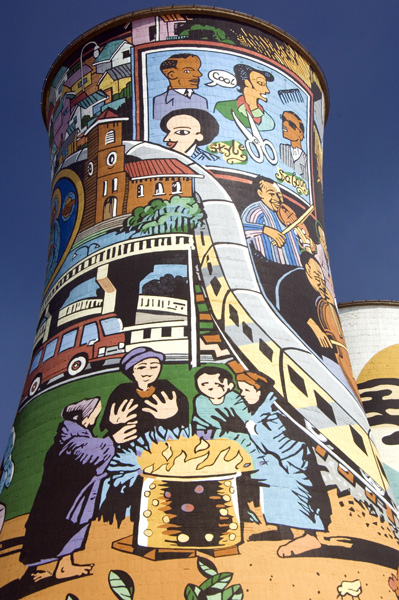 The cooling towers of the now-inoperational Orlando Power Station in
Soweto have been transformed into landmark works of art. 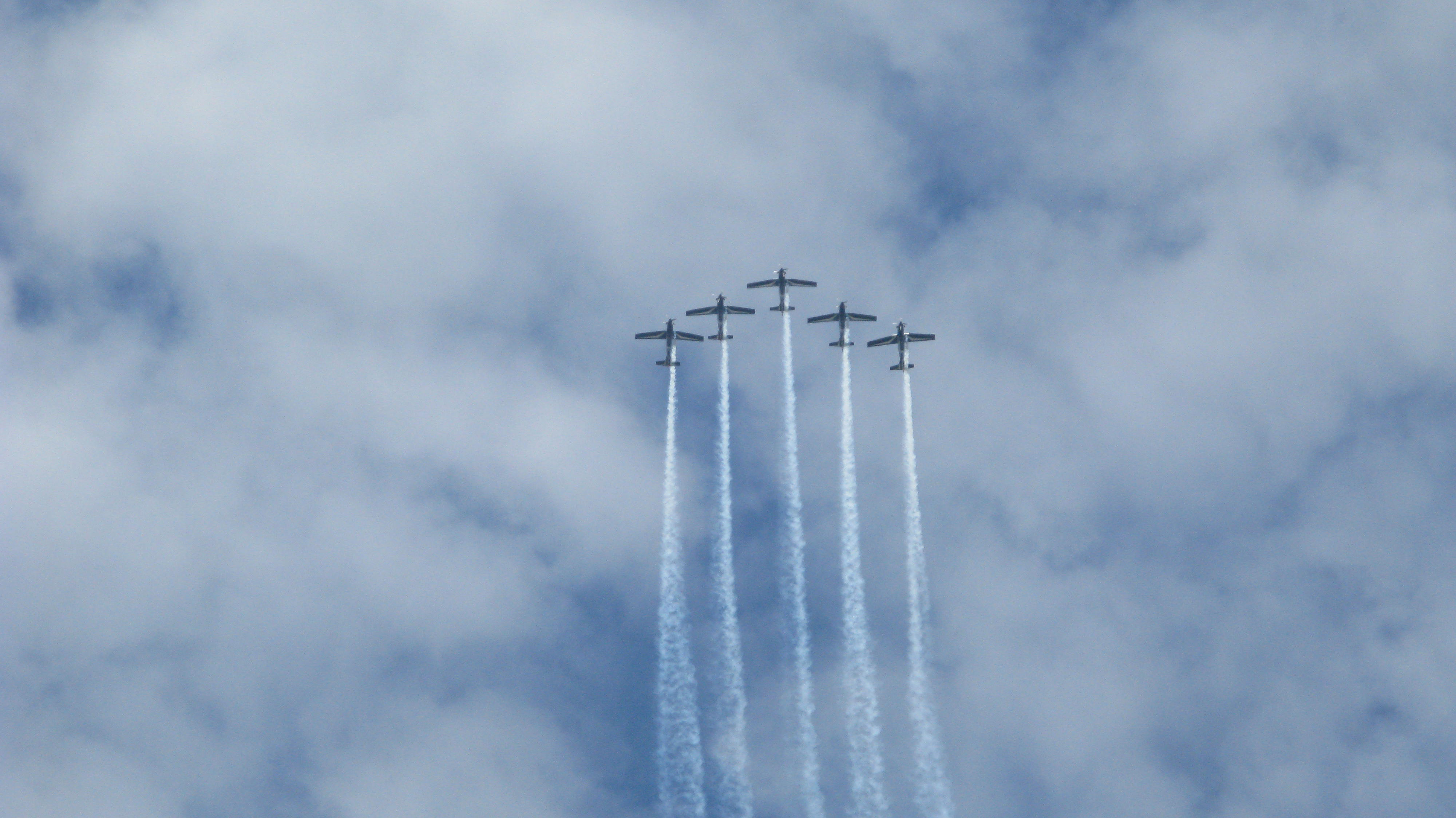 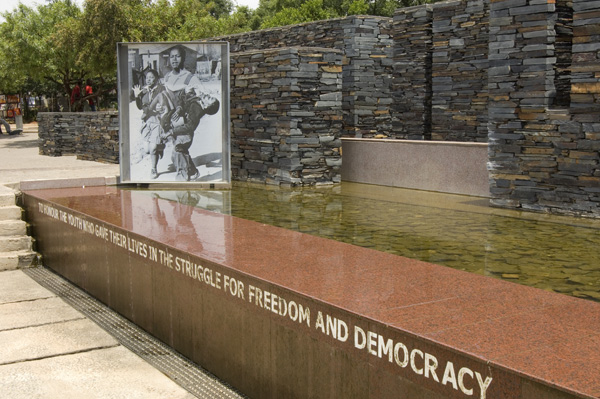 The Hector Pieterson Memorial in Vikalazi Street in Soweto is named after the 14-year-old boy who was the first killed by police in the June 16 1976 Soweto student’s uprising. The memorial was created to “honour the youth who gave their lives in the struggle for freedom and democracy”. 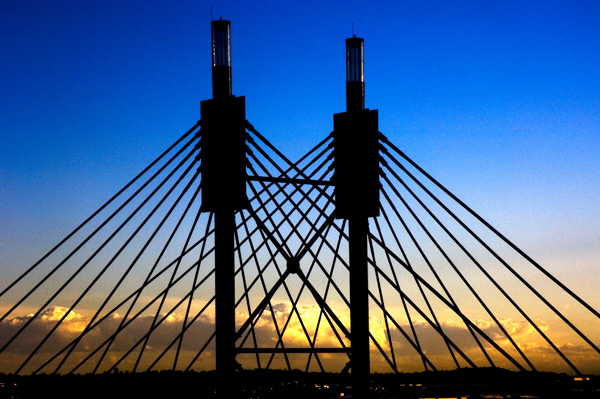 The Nelson Mandela Bridge at sunset. 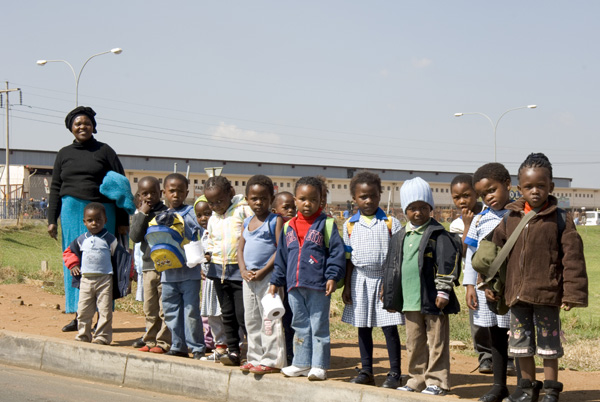 Young children being taken home from daycare, in Kliptown, Soweto.

An informal hair salon on the pavement in the city centre. 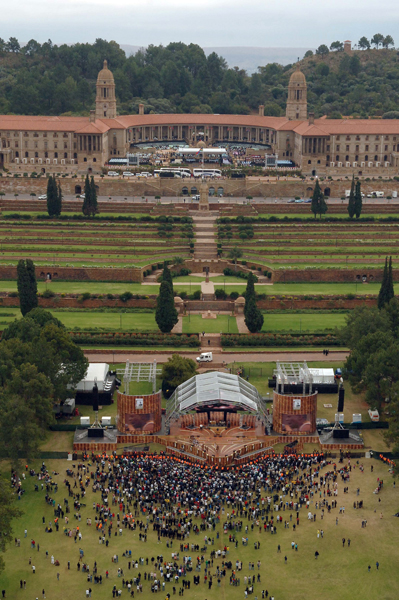 Freedom Square in Kliptown, Soweto, has been built on the site where the Freedom Charter was adopted in 1955.

Don’t forget to read the MediaClubSouthAfrica.com image library terms and conditions of use