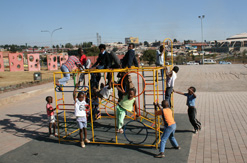 Xtreme Park in Diepkloof, Soweto constructed
by City Parks in 24 hours will provide hours of
entertainment for kids of this neighbourhood
(Image: Tamara O’Reilly)

Just a week ago the after school activities of kids of the Diepsloot community in Soweto would have been very different. Today, with the last bell of the school day having barely rung they can already be seen, still in their uniforms, clamouring for a spot on the newly erected park furniture of the Diepkloof XtremePark.

The two-hectare park, once a wasteland being used as a rubbish dump, is now another jewel in Soweto – one that is being made full use of by the members of this community. City Parks, Johannesburg’s entity responsible for greening the city, undertook to transform this spot into a park within 24 hours – a job that usually takes four months.

“I’m so excited,” says Primrose Ngama whose expression confirms her statement. “I will be here everyday but not when it’s raining.”

Apart from the regular trimmings like benches and trees, with the help of 200 volunteers the $460 000 project brought to life a mini soccer field, a multipurpose court, landscaped lawns, an amphitheatre, water features and a big screen television for broadcasting soccer matches and other important events. The mini soccer field is a recent addition to many parks in the city as, although the city’s bylaws prohibit playing soccer in park, it’s a reality that many people still do and this damages the grass.

Although it took 24 hours to complete, it was the three months of prior planning that saw to it that the project was a success. A team at City Parks calculated all the details of what would need to go into a project of this scale “We’ve gone as far as calculating how many seconds it takes to lay instant grass or how many seconds it takes to lay paving,” Luther Williamson, Managing Director of City Parks told the City of Johannesburg website.

The park is part of a broader City Parks project to redefine open spaces for recreational purposes and to plant more than 200 000 trees by the end of the year. According to City Parks, the Greening Soweto project aims to offset pollution and improve the environment of Soweto for citizens and visitors alike, and to create a sustainable environmental legacy for future generations. This area and other southern suburbs of Johannesburg were neglected in the way of outdoor recreation facilities and greening during apartheid.

“The 24-hour Diepkloof XtremePark is poised to become the leading outdoor recreation hub in the southern quadrant of Johannesburg- complementing the environmental and socio-economic revival of Soweto, making the township a highly acclaimed blueprint for urban planning on the continent,” says Jenny Moodley, City Park’s spokesperson.

This is the second project of its kind that the City has undertaken, the first was in nearby Eldorado Park where a piece of land half this size was transformed into a park that also includes water features, furniture like benches and swings as well as fields for different sports. 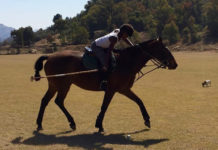 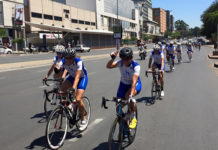 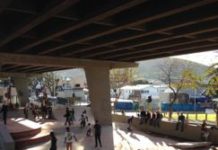 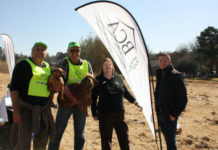 Cleaning up the Braamfontein Spruit 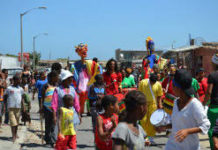 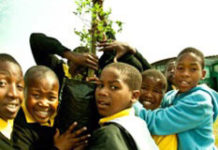 The treevolution has begun