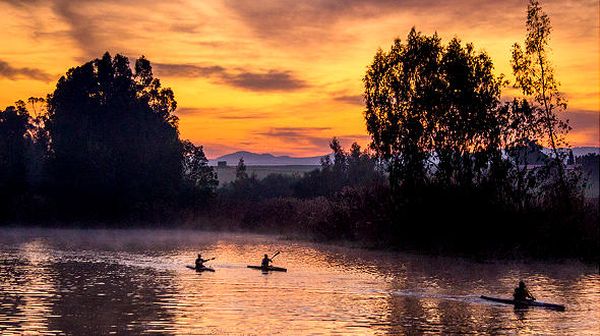 • South Africa is world’s endurance race capital
• Andy Birkett gets his green number, at 23
• SA couple row across the world
• Paddling through Northern Cape paradise
•The pain is soon forgotten

One of South Africa’s toughest endurance races is the Berg River Canoe Marathon, which starts in mid-July. It’s tough because paddlers sit in their boats for some 60 gruelling kilometres each day of the four-day race, paddling in the middle of winter in a river that is at times blocked by trees and requires paddlers to portage.

South Africans appear to have a penchant for pushing themselves to the limit, whether on their bikes, in their canoes, in their running shoes, or in their swimming caps and goggles. And this race certainly pushes paddlers to their limits.

The Berg River Marathon was started in 1962 by Willem van Riet, who competed in the 1992 Olympics as a canoeist. “Willem van Riet as a young man took on most of southern Africa’s larger rivers in a canoe and wrote a book on his adventures. He was so inspired after these trips that he thought it would be a good idea to start a marathon on the Berg to get more young people involved in the sport of canoeing,” explains Giel van Deventer, who has completed 44 Berg races.

It runs from Paarl to Velddrif in Western Cape, a distance of about 240 kilometres. On day one, the paddlers head off with mist rising over the water, to paddle 62km. Day two is a shorter day, at 45km, while day three takes supreme effort, at a hard 74km. The final day is not easy, at 58km. Throw in the north-westerly wind and a rain storm, and it is the only race in the country in which fewer than half the field step out their boats at the end of the four days.

Van Riet’s last Berg race was in 2011. That doesn’t mean he is not paddling – he is, but Van Deventer believes he won’t do another Berg as he is now 75 years old. 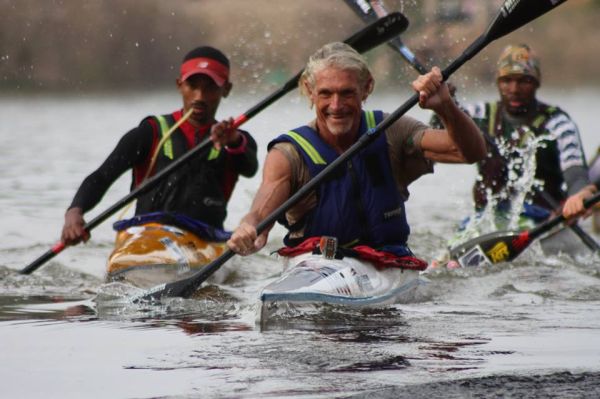 The competitiors have grown more diverse since the race’s beginning in 1961. (Image: Berg River Canoe Marathon)

The race record was set in 1990 by Mark Perrow in an incredible time of 13 hours, 34 minutes and 32 seconds. The women’s record is 14 hours, 55 minutes and seven seconds, set in 2008 by Abbey Ulansky. In all, 2 892 paddlers have finished one or more Berg races, with about 170 people finishing the race every year. In its 50th anniversary year in 2011, 317 canoeists paddled across the finishing line at the mouth of the river on day four.

A friendly competition has existed for many years between Van Deventer and André Collins, a former race winner. Up until last year’s race they had both done 43 races; then, in 2013 Collins could not compete, so Van Deventer takes the honour of being the canoeist with the most races under his paddle.

“Only the toughest will survive,” Van Deventer says. “In the history of South African canoe races it still stands as the only race where less than half the starters could finish.”

Canoeing is part of his normal routine, he says – he has completed all the major races in the country numerous times. “I have completed more than 800 canoe races in the past 50 years and I am only 64 so still have many years to come to see if I can end my canoeing career after 1 000 races.”

Seasoned paddler Hank McGregor has the record for nine races titles between 2000 and 2012. He did not do the 2013 race as he had international race commitments, but will be back this month, hoping to take his 10th victory. This year, the marathon runs from 16 to 19 July. 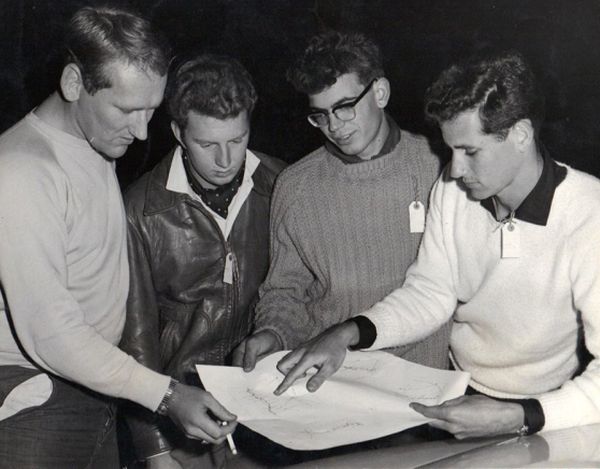