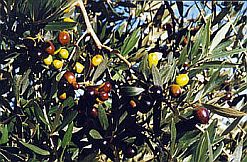 This is a top international honour for an olive oil and reflects the outstanding quality of South African oils and the increasing respect they have garnered in the global industry. Local products have walked off with many trophies and certificates in recent years.

The Directors’ Reserve is a limited edition created by the Willow Creek directors once the last press of the season has taken place. It is generally a blend of three Tuscan olive varieties – Coratina, Frantoio and FS17 (Favoloza) – and is described by the producer as a robust, intense oil.

Situated in the Nuy Valley at the foot of the Western Cape’s Langeberg mountains, Willow Creek has been cultivated since 1793. The first olives were pressed in 2002 by current MD Andries Rabie, a direct descendant of that first farmer, Johannes Stephanus Rabie. Today a range of products including oils, whole olives, tapenades and pestos are available.

Rabie attributed the success of the 2009 batch of oil to the cool summer, which played a role in the development of a very high level of polyphenols in the olive fruits. He also said that because the area does not suffer from the rainy winters of the coastal region, optimum moisture levels at the right time is possible through careful irrigation.

Furthermore, the soil is rich in calcium, which keeps the pH at the slightly alkaline level preferred by olive trees, and the seasonal variations in temperature allow trees to enter a rest period which is necessary for the development of flowers.

The local brand was up against tough competition from major olive oil-producing countries such as Spain, Greece and Italy. Agronomist Giuseppe Fontanazza of the Olive Research Institute in Perugia and L’Orciolo d’Oro chair Marta Cartoceti convened the judging panel of 28 olive oil experts drawn from all over the country.

The L’orciolo D’oro was established in Italy as a national competition 16 years ago, and opened to international producers in 1999. The competition takes place under the patronage of the Ministry of Agriculture, Food and Forestry and is organised by the Enohobby Club dei Colli Malatestiani. It is open to regular and organic extra virgin oils.

The competition’s Italian name refers to the large terracotta jars that were used to store oil in days gone by. The jars are now given as trophies.

The top three oils receive gold, silver and bronze awards in three categories of fruitiness – light, medium and intense. Certificates for honourable mention and distinction are also given, and there is an award for the most artistically designed label.

Oils are tested for chemical properties as well as sensory effects such as taste and aroma.

In the past decade several South African olive oil producers have shone at this and other olive oil competitions, fairs and food festivals around the world. Among them are Willow Creek, Olyfberg, Vesuvio Estates, and Morgenster in Somerset West.

In 1999 the latter producer’s extra virgin olive oil, a blend of Frantoio, Leccino, Coratina, and Favoloza cultivars, became the first oil of South African origin to receive the distinguished L’Orciolo d’Oro award. Morgenster oils have won L’Orciolo d’Oro awards in every year since the inception of the international leg of the competition.

Willow Creek’s Directors’ Reserve extra virgin olive oil also scooped a gold medal at the 2009 Los Angeles International Extra Virgin Olive Oil competition, in the intense-robust category. To win gold in this category an oil must score a minimum of 86 points out of 100.

Three other Willow Creek products stole the limelight in Los Angeles. The Frantoio-Leccino blend of extra virgin oil took a gold medal in the medium category, while the Parmesan-infused and basil-infused oils won bronze medals in the flavoured-delicate category.

The Los Angeles event is now in its 10th year. No less than 318 producers from all over the world submitted 477 entries for consideration, and 96 gold medals were awarded.