Children should be able to grow up and
live in a safe environment. 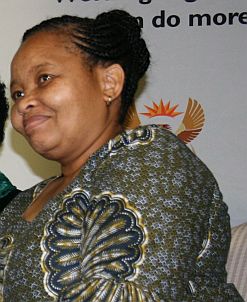 The safety of women and children is the focus of this year’s 16 Days of Activism campaign, which runs from 25 November until 10 December 2010.

Internationally, the campaign concentrates on crimes committed against women, but in South Africa this has been extended to include children to create awareness of their rights.

Origins of the campaign

Participants at the institute chose the dates, November 25 and December 10, to symbolically link violence against women and human rights, and to emphasise that such violence is a violation of human rights.

Each year the Centre for Women’s Global Leadership develops a theme for the international campaign in consultation with women’s organisations around the world. This year’s theme is Structures of Violence: Defining the Intersections of Militarism and Violence against Women.

According to the CWGL: “Militarism is a distinctive way of looking at the world; it influences how we see our neighbours, our families, our public life, and other people in the world. To embrace militarism is to presume that everyone has enemies and that violence is an effective way to solve problems.”

The campaign aims to raise awareness around human rights and gender-based violence, strengthen existing structures to work with victims of violence and create safe places for women before violence occurs.

This year marks the 11th anniversary of the campaign in South Africa, with the media launch taking place in Cape Town.

It will be led by the Minister of Women, Children and Persons with Disabilities Lulu Xingwana and supported by other ministers, leaders of civil society organisations and additional senior government officials.

“We also call upon all interested parties to join us in various provincial programmes as we accelerate our efforts to fight all forms of violence against women and children, in an endeavour to create a society free from gender oppression and inequality,” it continued.

South Africans are urged to wear a white ribbon for the duration of the campaign as a symbol of peace and promise never to commit or condone violence against women and children.

Another way to support the campaign in South Africa is to join the Cyber Dialogues initiative, through which the public can discuss issues relating to the abuse of women and children, share experiences of these violations and come up with solutions.

People can also make donations to the Foundation for Human Rights, which distributes money raised during the campaign to various non-governmental organisations.

South African’s are also urged to encourage victims to speak out on their abuse to raise further awareness and help the healing process.