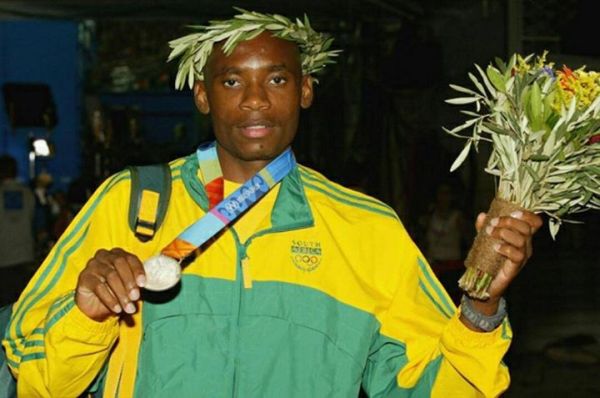 Mbulaeni Mulaudzi will live on through the young athletes he inspired. (Image credit: Abel Mafoho)

When the South African team returned from the 2009 IAAF World Championship in Berlin, the country’s attention was focused on Caster Semenya. The 800m women’s champion was at the centre of a global row over her true gender. South Africa’s other world champion slipped under the radar, and returned home to Limpopo to rest.

What we forget is that in winning gold, Mbulaeni Mulaudzi ran one of the greatest 800m races of all time. At the time his coach, JP van der Merwe, lamented that Mulaudzi was an unsung legend in a country desperately in need of role models. “He is going to be forgotten, and in five years’ time when he walks down the street nobody will recognise him.”

The 800m is a unique race; it is neither a sprint nor an endurance race. It is a tactical race that requires strategy as much as it does speed. What you don’t do is lead from the beginning to the tape – which is exactly what Mulaudzi did in Berlin. Van der Merwe remembered that Mulaudzi was out of shape before Berlin, but he made the effort, trained hard and made it to the final.

Unfancied in a field of world-class athletes, he ran aggressively, leading from the gun to take gold. With 200 metres to go he was just holding off the athletes in second and third, keeping his head he crossed the line. The time of 1:45:29 was nowhere close to his personal best of 1:42.86 but that did not matter, the man from Limpopo who began running at seven was now a world champion.

Hezekiel Sepeng, like Mulaudzi an Olympic medallist, believes that his friend was one of the best athletes this country has ever produced. Mulaudzi is only the fourth South African to earn an 800m medal at a global championship – Sepeng (in 1996 and 1999), Johan Botha (1999 and 2001) and Bevil Rudd (1920) – but his six medals make him the only one with more than two honours.

He never held the South African record over the distance that still belongs to Sepeng (set in 1999) but Mulaudzi will always be considered one of the greatest 800m athletes this country has ever produced. “He was probably one of the toughest, most mentally focused athletes around – that’s what made him so great,” van der Merwe said of his charge in 2010.

Quietly dealing with an Achilles injury that would cut his career short, Mulaudzi never returned to the heights of 2009. He could have continued to race competitively but not being in with a chance to win did not appeal to the competitor in him. Sepeng said of his friend: “He was special compared with other athletes – his mentality was different. He believed in winning.”

On the track Mulaudzi was aggressive and competitive, in contrast to the shy man he was off it. He chose not to court the press and suffered for it by not attracting the sponsors that lesser talents were able to pile up. When he quietly retired in 2013 he took some time to rest before returning as a coach to rural school kids.

He explained to the Mail and Guardian when its reporter asked about his choice: “These kids don’t have people looking after them in the long term. I’m going to look after a few guys who are interested in athletics, start coaching them and making them strong. I know it’s going to make a difference.” 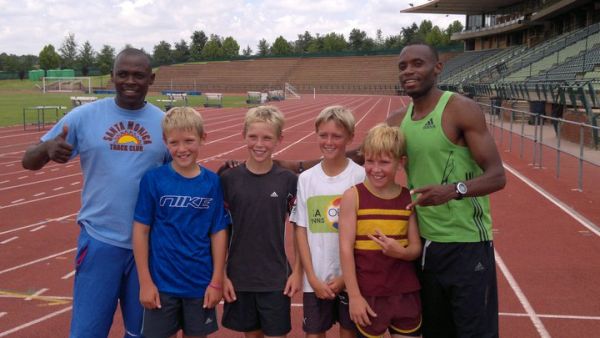 Being a role model was important to Mulaudzi, he wanted to fill the position for the next generation of athletes that his family had played in his success – he once said that his success was the result of his family pushing him to greater heights. “I think success comes from knowing what you want in life. The most important thing is to be very disciplined and be very humble and listen to your parents and your coach.”

Mulaudzi never got to fulfil his dream of finding South Africa’s next great athletic talent. He died in a car crash on 24 October while driving from Limpopo to Gauteng for an athletics meeting. But he did fulfil one dream: not only was he given the honour of carrying the country’s flag at the 2004 Athens Olympics, but he also won a silver medal in the 800m. Born on 8 September 1980 in Muduluni, as a young boy training in rural Limpopo he believed that he would one day make it to the Olympics.

The International Olympic Committee has lauded him as a true Olympian who will be missed by the Olympic family. In life we were distracted from his success by the noise around other athletes, in death we mourn a man who quietly brought honour to his homeland.