What came to Vusimuzi Mbatha in a dream turned into an exhilarating reality when he finally took to the skies in a helicopter today.

From the passenger seat of the chopper, looking down on the Popo Molefe informal settlement outside Rustenburg that he calls home, he spoke of tasting freedom. “My dreams have come true. I never thought it would happen for me. I feel liberated,” he said after his flip.

Mbatha was given a ride in a Bidvest Protea Coin chopper after the security group heard of his exploits.

Before embarking on his 15-minute flight, Mbatha seemed unfazed by the crowd who had come to see his dream take flight.

He captured the hearts of people around the country after news broke of the helicopter he built from bits of scrap metal, and his dream of one day flying his home-made aircraft. People who read his story made numerous pledges to help Mbatha realise his dream, saying what an inspiration he was.

Today, dressed in camouflage pants and a beanie, he showed little emotion as he walked around the yard where his hand-made chopper was parked outside his shack. He showed his creation to Bidvest Protea Coin and explained how he had imagined his aircraft taking off.

Mbatha started building the helicopter in 2014. During a strike at the nearby platinum mines, he saw a chopper circling the area. Shortly afterwards, he began dreaming of flying and decided to build his own aircraft.

Bidvest made his dream come true when they landed their own chopper on a dusty football pitch near Mbatha’s shack. “He is so lucky. Maybe they’ll even give him a job,” said one person in the excited crowd.

Described by residents as a quiet man who was always on his own, Mbatha walked to the chopper with his arms crossed over his chest, looking at his feet. His brother, Thamsanqa, who provided the isiXhosa translation, walked beside him.

A hint of emotion finally showed on Mbatha’s face when George Tonking of Bidvest handed him his very own flying uniform – a blue overall with his name embroided on it. Mbatha beamed with pride as he was helped into his uniform.

The crowd roared its approval and residents whipped out their cellphones to capture the moment as Mbatha posed in his flying gear. “Nothing like this has ever happened in this area. Never before have we seen a flying machine and today, someone we know and live with is going to be flying in one,” said a woman with a baby on her hip.

The chopper took off and circled the area above the ululating, waving crowd. “This man has brought growth to this community,” said Israel Mamomane, adding that Mbatha was a role model for the youth.

“He might not be very educated but he showed us that when you have wisdom, you can go far.”

Luvuyo Maqwane, the ward councillor for the area, said Mbatha was a hero in the community. “He has left a legacy for the people of this area. People will now know of Popo Molefe.”

But where to from here for Mbatha? After inspecting Mbatha’s homemade helicopter, Bidvest Protea Coin chief operations officer Waal de Waal said it “needed a bit more work” before it could take to the skies.

The company has offered to help Mbatha land a job so he can earn an income and build not just a better helicopter, but a better future for himself. 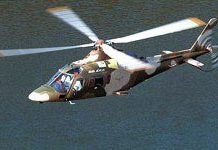 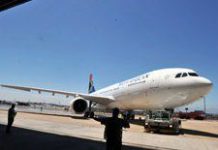 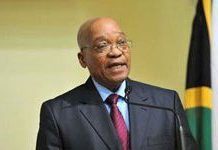