Home of Hope founder Khanyisile Motsa features on the next instalment of Brand South Africa’s Play Your Part TV series, set to air at 9pm on Sunday 3 August on SABC2. 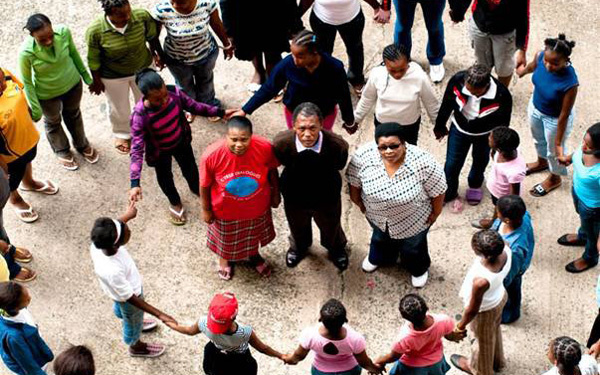 Staff at Home of Hope, with Mam’ Khanyi on the right, encircled by a few of the home’s beneficiaries. Home of Hope offers compassion and acceptance to sexually exploited, trafficked, orphaned and vulnerable girls, as well as those who may be infected with or affected by HIV and Aids. (Image: Jayne Parr Davies, Facebook)

• A place to call home
• A better South Africa, one baby at a time
• Rhino care on wheels
• The great granny revolution
• Cheesekids help the less fortunate

The murky streets of Hillbrow and Berea are not for the fainthearted. Gangs, pimps, drugs, abuse and deprivation rule the inner city flatlands. Notoriously dangerous, it is a terrifying place that is home to many thousands of prostitutes, street children and abandoned teenage mothers.

In 2000, Khanyisile Motsa descended into the fray. Affectionately known as Mam’ Khanyi, she set up Home of Hope for the sustained physical, educational and holistic wellbeing of exploited girls in Hillbrow and the surrounding suburbs. Her eyes had been opened to the desperate circumstances of these abandoned children when she took into her care five girls who had escaped from one of the brothels. Word of the refuge spread and soon, more girls escaped and came looking for her. Her brave crusade has changed many of these lives for the better.

Born to a Swazi mother and Zulu father, Motsa was raised in a rural town in KwaZulu-Natal. In her loving family, education was highly valued. “My parents were staunchly religious,” she explains. “We were taught to respect everyone and to take no one for granted. My mother was very strict.”

Over a decade ago, she moved her family to Johannesburg so she could run an import-export business – which she has since given up to focus all her energies on the street children in her care.

The respect learned in her childhood home is found in her shelter today “because of what each child is taught when she [first] comes in. I introduce myself and say, ‘I am giving you a present – I am going to be your mother, and all these [other] girls share this present, which is me, as mother.'” 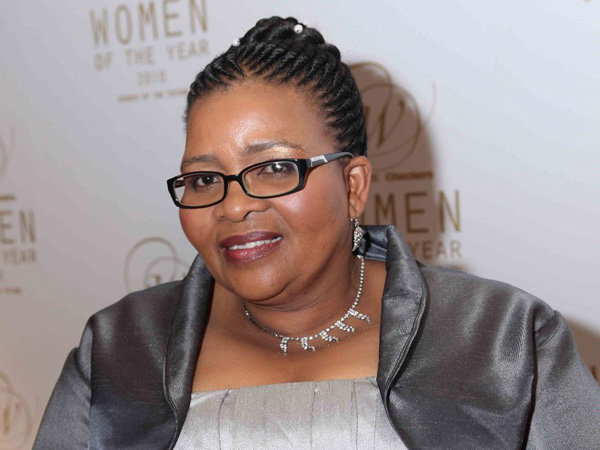 Khanyisile Motsa received the Award in the Youth Movers Category 2010 Shoprite Checkers Women of the Year Awards. She has used her indigenous knowledge with great success to get the project off the ground and then applied a strategy of firstly identifying the street children, mostly girls who have been exploited on the streets of Hillbrow, Berea and the inner city of Johannesburg. (Image: Shoprite Checkers Women of the Year)

The Berea-Hillbrow Home of Hope offers mercy, compassion and acceptance to sexually exploited, trafficked, orphaned and vulnerable girls, as well as those who may be infected with or affected by HIV and Aids. However dire the girls’ circumstances, Home of Hope believes it can help them take control of their lives; if given the tools and guidance, they be integrated into society.

When Mam’ Khanyi’s personal funds ran out, she formed a committee and became the founder and co-ordinator of the Berea-Hillbrow Home of Hope, a shelter for street children and an outreach point for those to whom she has become a familiar figure and refuge. She is “mother” to a very large family – over 62 orphaned girls from as young as four months old. Driven and guided by an “inner voice”, she has navigated a tough road. It has included being evicted from her flat for overcrowding, being injured in a revenge attack, and sacrificing her business and career to start the orphanage.

Motsa’s mind overflows with ideas about how to help these young people. She says there is a desperate need for interim housing in the area, places where young people can stay while they find their feet, or receive entrepreneurial and skills training. This will enable them to use seed money to set up their own businesses.

Trapped in the city

The children themselves come from desperately poor circumstances, broken homes or are destitute. Girls make easy pickings for criminal gangs on the streets of Johannesburg. Many of the children come from poor rural areas in other provinces like KwaZulu-Natal and Eastern Cape. After the girls are abducted or coerced, Motsa says, they are trapped in the big city.

She would like to be a lifeline for those who would otherwise slip through the cracks and disappear into the growing underbelly of the city of gold. “It is only money we lack,” she says. But this does not stop her from getting up every day and fighting the good fight again. “What can I say? If we and the others like us stop, what will be left?”

Motsa and her helpers operate out of two crowded but spotless premises – a flat that she rents in Hillbrow and a small three-bedroom house about 10 kilometres away in the suburb of Kensington. Her operation tackles each challenge as it arises. One of these is the fear of abductions or revenge attacks for exposing and fighting rampant child abuse. Motsa herself was deliberately run over in the street and seriously injured a few years ago.

The centre has a core of 10 full-time and 26 part-time helpers. They work in the heavily populated area, giving health advice and suggesting solutions to those living in often unsanitary conditions. Working closely with government officials, they also keep a constant watch for evidence of abuse. Vulnerable girls are identified and sometimes referred to other institutions.

Motsa describes the problem as enormous. Someone has painted her phone number on to a wall and she sometimes receives desperate calls for help. “We will help any person in need,” Motsa says emphatically. The home survives on donations and by growing as much produce as possible in a small garden. The Kensington house was bought three years ago with the help of the staff members of a local bank.

Today, both the homes are bursting at the seams – the Kensington house has grown from 20 to 32 girls – and Motsa continually commutes between the two. She would love to acquire an adjoining Kensington property that has become available and to consolidate the operation in one place.

The first challenge has always been to win the girls’ confidence to be able to withdraw them from the streets. Then to offer them a safe environment in which the healing process can start. After a period of nurturing and rehabilitation they are given the opportunity to get formal and informal education, which is the foundation of a successful adulthood. Employment opportunities are explored and they also have the opportunity to re-unite with their families.

Motsa has also formed support and peer groups to monitor and help the girls who in many instances were forced into prostitution by drug lords and pimps or have been victims of child labour and trafficking.

Many of them have had their dignity restored in the Berea-Hillbrow Home of Hope. Imparting valuable information about HIV and Aids has been an important part of the education and where a few years ago the disease was considered a death sentence among these street girls, the education has had a positive impact on their lives.

These and other interventions have helped the girls to gain confidence and feel better about themselves, which has encouraged them to look forward with a dream of a better life.