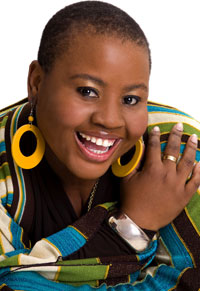 I’ve always wondered, what’s the difference between us fairly unsophisticated natives of the third world, seemingly deprived of the illumination, the better way of life enjoyed by those in the first world? Perturbed by thoughts of missing out on something potentially good, I concluded, this first world I must see and experience for myself.

So off I went to America for a frenzied two-week holiday. After 20 hours of travelling, I finally arrived in New York, my first destination in this fact-finding mission. The day I arrived also happened to be the start of a heat wave in the eastern parts of the country, including New York, one of the worst-hit states.

In my oblivious state I stepped out of the well air-conditioned JFK and was suddenly struck by invisible flames of pure heat. I felt like Hell’s Kitchen was no longer just a neighbourhood in Manhattan, but the whole city had transformed into a furnace.

I was still dressed in my winter clothes and I was starting to boil. But, never one to be defeated or outdone by life’s challenges, I decided to venture out – with no luggage in hand (the airline lost it). I was armed with just a map of the subway train system running through the city, my passport and some dollars.

I needed to head out to Brooklyn, my home for the next five days in the Big Apple. After a kind Samaritan showed me how to read the map and the different routes, I waited for the train. Eight minutes was all I was going to wait. This is good, I thought. This trip had finally begun.

Fast-forward to a week and a half and two states (New York and Michigan) later, I am now in Boston, Massachusetts, having lunch with my sister, her best friend and our cousin, who is a professor at Boston College. That’s when I notice something odd. The people at the table next to ours kept glancing in our direction. Through the corner of my eye I could see this lady’s eye constantly on me. Stolen glances became blatant stares. Eventually I voice what was now becoming an uncomfortable experience with the rest of the table.

No sooner had I spoken out about the lady staring at me, she glides over, beaming from ear to ear. Wearing a cotton shift dress, hair perfectly set, manicured nails, expensive-looking jewelry, not too much, but enough for you to know she was old money. What in the good heavens did this woman think we had in common?

Maybe she mistook me for someone she knew. I would tell her that I’m not American, that I’m South African and she would apologise for thinking I was somebody else. I would courteously accept her apology and tell her that it happens to the best of us, she would return to her table, and I would continue my lunch with my family. I had it all figured out by the time she arrived at my table, “Excuse me, are you guys from South Africa?” She asked with all the enthusiasm she could muster in that one sentence. I couldn’t disappoint her effort, so in my equally spirited response I affirmed her suspicions.

Her joy was unmistakable. She told me that she had been listening to us talking, as she thought that she recognised the distinctive South African accent. She happened to be sitting at the table with another South African woman, who was in the country to market African crafts and other hand-made home décor made by rural women in KwaZulu-Natal. She introduced herself. She was Veronica Castellucci.

Veronica, an interior decorator, is a South African who arrived in America in 1980 after she married an Italian who swept her off her feet in a whirlwind romance. She had not met many South Africans during her stay in America, and often felt lonely and homesick. She recalled a story of how, when she was young and pregnant with her first child, she was walking down a street when she thought she had heard a familiar accent. Filled with the familiar excitement she displayed to me, she approached the lady, who, after admitting she was a South African, coldly dismissed her. Veronica walked away with her tail between her legs.

That was over 20 years ago. Now a resident of Wellesley, one of the richest suburbs in all of America I’m told, she’s doing well for herself. Her husband is a successful businessman with a passion for wine, and she’s an interior decorator who loves what she does for a living. Yet I suspect there’s always been a part of her that’s always longed for her people.

Without further delay, the whole lot of us are immediately invited to Veronica’s for breakfast the next day. It turns out she only stays 10 minutes away from my cousin’s home. After about 20 minutes of a purely coincidental reunion, we part ways. I feel excited and rejuvenated by her love for South Africa, even though she’s been away for so long.

I smile to myself when I think about the fact that in 1980 she, a white South African, and I, a black South African, would have never been able to sit and eat at the same restaurant, never mind receive an invitation to be guests at her table, because the political climate would have surely prevented our paths crossing. But here we are in 2008, in a land foreign to both of us, and we are able to have that interaction, because we both knew that we were now a different people.

Breakfast at Veronica’s was splendid. The conversation was easy and natural, unforced. It was clear that she had gone to great lengths to prepare a special feast for her new South African friends. She invited her best friend and neighbour to share in the occasion and, well, that moment it was a slice of life I knew I would never taste twice, but would always hold dear.

After countless hugs and promises to keep in touch, I realised, leaving Veronica’s house that morning, that being a South African was something that never leaves you, no matter how long one maybe away from home, you can always recognise your own, reconnect and make family – and it doesn’t hurt that they are filthy rich too! 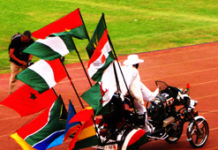 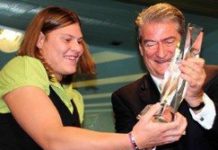 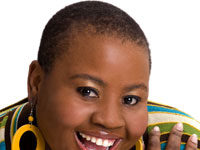