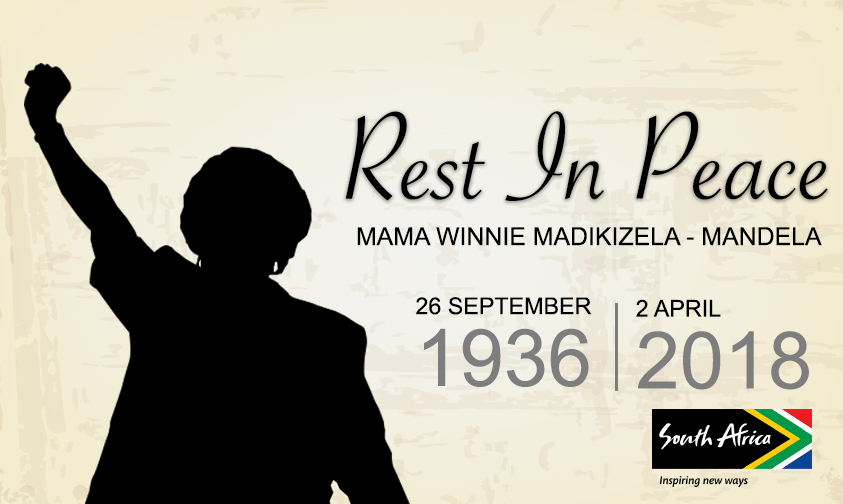 As a South African anti-apartheid activist and politician, she held several government positions, including Deputy Minister of Arts, Culture, Science and Technology. A member of the African National Congress (ANC) political party, she served on the ANC’s National Executive Committee and headed its Women’s League.

Madikizela-Mandela retained popular support within the ANC over the years and was known to her supporters as the “Mother of the Nation”.

Brand South Africa’s CEO Dr Kingsley Makhubela expressed his sadness saying “It is truly with great sadness to have lost the Mother of the Nation. We are forever grateful for the role she played in securing our freedom. We indeed need to celebrate her legacy.”

“Winnie Mandela was a target of massive disinformation by STRATCOM, an Apartheid smear campaign machinery, yet she remained true to the ethos of the liberation struggle. Long live the Republic”; further adds Dr Makhubela.

Mandela family spokesman‚ Victor Dlamini said, “The Mandela family are deeply grateful for the gift of her life and even as our hearts break at her passing, we urge all those who loved her to celebrate this most remarkable woman”.