At the first Lead SA #ChangeMakers Conference, held in Johannesburg, leaders in business and community projects spoke about how they had made a success with their initiatives. The Lead SA Heroes were also announced. 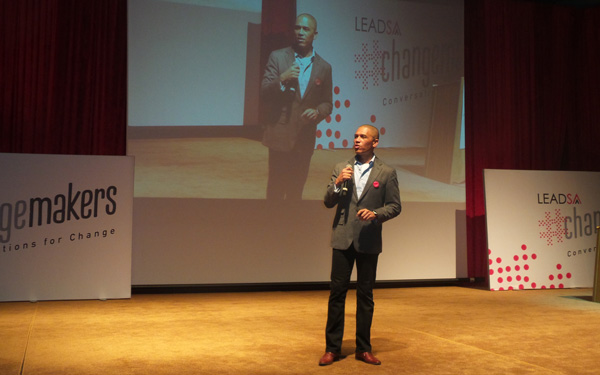 Stafford Masie, an entrepreneur, was one of the speakers at the Lead SA #ChangeMakers Conference. His message was about humanity being more important than technology. (Image: Melissa Javan)

Considering others and working together would help to change South Africa positively; this was one the messages to come out of the first annual national #ChangeMakers Conference, held at the University of Johannesburg on 15 August.

About 1 000 people from non-profit organisations and youth groups as well as business leaders attended the event, which was organised by Lead SA. It featured several speakers from business and social initiatives.

Lead SA was started by media groups Primedia Broadcasting and Independent Newspapers in August 2010. It aims to boost nation-building and encourage South Africans to make a positive impact on society. This campaign calls on South Africans to keep a sense of goodwill alive in their communities and become leaders for change.

Parker founded Reconstructed Living Labs (RLabs) in the Cape Flats community of Athlone, Cape Town, with the aim of “reconstructing communities through innovation”.

Among RLabs’ numerous activities are the Reconstructed project, which works to rehabilitate former gangsters and drug users through mentoring and training; Mom 2.0, which teaches women how to use computers and social media tools such as Gmail and Facebook; and the Seniors Mobile Session, which teaches the elderly how to use their mobile phones efficiently.

Lowe was diagnosed with a life-threatening lung disease, pulmonary arterial hypertension (PAH) when she was 17 years old. She needed a new set of lungs, and set up an initiative to help people in need of organ transplants. In her video, You are invited to Jenna’s 21st birthday party, she said that she was already planning her 21st party.

She invited everyone who watched the video. To join her party, individuals had to sign up to be organ donors. More than 5 300 people have signed up as donors on Lowe’s blog. The 20-year-old died in June this year.

Dr Imtiaz Sooliman, the founder and chairman of humanitarian group Gift of the Givers, was honoured with the Lead SA Inaugural #Leadership Award. 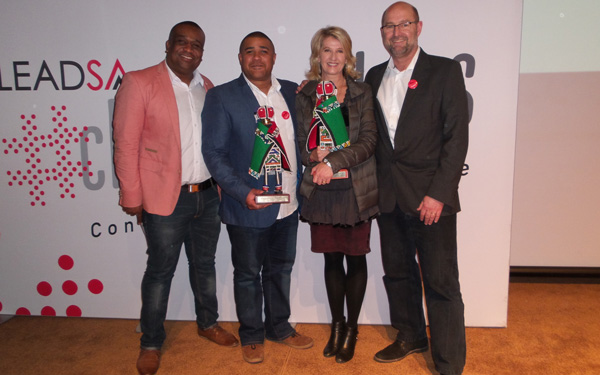 Terry Volkwyn, the chief executive of Primedia Broadcasting and the founder of Lead SA, defined a changemaker as an individual, organisation or group that used their time and resources to make a positive change. “They are fearless, persistent… They don’t lie down. They stand up and try again and again.”

She encouraged people to let their voices be heard.

Another speaker, Ella Bella, a representative of Miss Earth SA and founder of the organisation Generation Earth, said networking and engaging with others towards the same goals, was key. “Collaborate with what is existing. Funding comes in when there is affiliating with people.”

She encouraged individuals to join the revolution to consider people and the planet. “Every generation has something to fight for. In our generation, our home [planet] is what we are fighting for.”

Stafford Masie, a South African technology entrepreneur and founder of Thumbzup, spoke about how technology was continually changing. He explained how technology products became outdated and lost their value when a new product replaced it.

Thumbzup sells products such as payment devices for entrepreneurs.