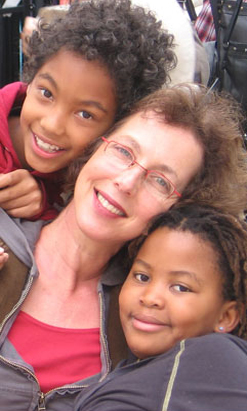 These days an entrepreneur launching a directory of services has a choice: do it online or stick to a more traditional media option, like print.

For Merle Dietrich, a Johannesburg mom who wanted to create a guide of child-friendly activities the city, the online option made the most sense. It would be cheaper than launching a magazine guide and she could do most of it on her own.

Dietrich came up with the idea of a directory after spending seven years in Germany. There she easily found activities to keep her two young children entertained, but when she and her German husband brought the family back to Johannesburg in 2001, she was at a loss.

Gap in the market

“Finding out what’s on offer for kids in the dispersed and fragmented city of Johannesburg is often daunting. I struggled for years with two small children of my own to find pottery, swimming or gymnastics teachers, child-friendly restaurants, museums, kids’ entertainment or any ideas for day outings,” Dietrich says.

“I was looking for an in-depth resource and online children’s directory with choices and recommendations. None existed, so I set myself the task of creating one that children, parents and teachers could use on a daily basis.

“Jozikids was born to help make all our lives easier, to showcase the myriad of family-friendly, child-oriented services, products, event planning and activities in the biggest shopping centre imaginable, the internet, with its unlimited space and possibilities.

“It’s ideal for frustrated moms, dads, teachers, caregivers or visitors who never know where to look to find what they need … whether it’s a day outing, extra-mural activities, furniture, clothing, clowns, face painters, that special party venue or an educational school outing.

“My business model is a very simple one – to provide an incredibly affordable marketing platform for small businesses and to solicit them in large numbers,” she says.

“They are the content of Jozikids. Without them both the content and the financial model would fail. Luckily it’s worked out. We now have more than 1 020 advertisers on the website.”

Non-profit organisations are listed on the site for free, while businesses pay R60 to R80 per month to advertise. Forty percent of advertisers on Jozikids pay upfront for a year. Clients are given a free, month-long trial to test the effectiveness of the service.

In the six months before going live, Dietrich got 100 companies to advertise. By the time the website was launched, 400 organisations had signed up.

Although she had to dip into her savings and take out a loan to start the business, Dietrich was able to pay off her debt in a year-and-a-half. The business has been making a profit ever since then.

Today Jozikids is fast approaching an average of 1 500 hits a day and Dietrich often uses the website like any other parent, to find activities for her children, Marvin, who is 11, and Lerato, who’s seven.

Before starting Jozikids Dietrich worked as a freelance radio journalist for the BBC and German radio. When setting up the website her background in media came in handy, but she lacked technical know-how.

“I had no idea what I needed and what to look for when I started,” she said. “I made lots of mistakes, employing the wrong people and spending money,” but this, Dietrich says, was like her “training school”.

“I have a wonderful skilled, motivated team. We learn together as the demands change, grow and new applications are developed.”

When setting up Jozikids Dietrich studied many overseas websites offering a similar service, but she battled to find viable South African equivalents that she could use as a template.

“In South Africa, it was quite lonely at first,” she says. There is a site called www.kidzworld.co.za, but it’s national in its reach. What Dietrich wanted to do is create something region-specific.

The free parenting magazine Joburg Child aims to provide a service similar to Dietrich’s, but it mainly targets affluent families with children at private schools, she says.

“We pride ourselves in cutting across the class and racial divide as internet penetration increases. We get inquires from Sandton, Soweto, Orange Farm and Boksburg.”

Since he started advertising on Jozikids, sales have gone from “sporadic to regular”.

“In the last month I have made sales every weekend,” he says. “At one point I was beginning to wonder if my business was ever going to get going, now I’m at a stage where I am investigating the possibility of buying two or three more jumping castles.”

Working from home and according to her own schedule, Dietrich says she battles to find a balance.
“My biggest challenge is finding enough time in a day to do what needs to be done without totally alienating my friends and family”.

But she finds her job very rewarding.

“I love helping to match what people want with what is out there and see how wonderfully it works,” she says. “Whether it’s growing small businesses, helping grandparents, mothers, or fathers, figure out what to do with their kids, sourcing an au pair, domestic help or school, more often than not, they find what they are looking for.”