Johanna Mukoki will be appearing in the next episode of Brand South Africa’s Play Your Part TV series on Sunday, 31 August at 9pm on SABC2. 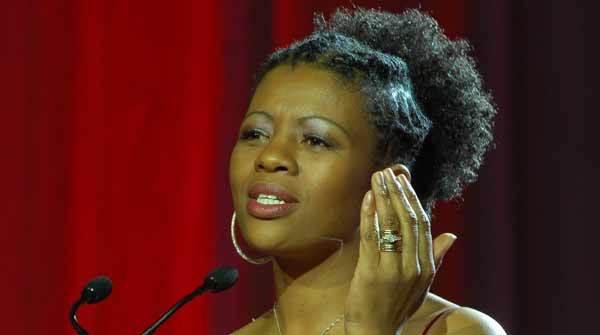 From honing her entrepreneurial skills on the busy streets of Soweto to supporting her family’s business at the tender age of 11, to heading up an internationally acclaimed travel agency, Travel With Flair joint founder and managing director Johanna Mukoki is making waves in the world of business.

With a Rhodes University B.Com degree and steely determination, Mukoki made her bones doing her articles at KPMG before beginning her own foray into the world of entrepreneurship.

She credits her tight family unit for her drive and success, saying “My mother was really strict and my father urged us to read self-help and then business books”.

Winning on a sound business plan

Mukoki considered going into business on her own after realising how highly sought-after she was in her field. She says, “I thought that if people wanted me to be in their companies this much, why not start my own company?”

She pieced together her plan to make the most of her qualifications and experience.

Her search for seed capital wasn’t easy; at the time banks were loath to extend loans to women, based on sexist assumptions around their ability to run businesses, but her perseverance soon paid off.

In 1996 she joined forces with her current business partners Robert Wilke and Tibor Zsadanyi, Travel With Flair’s chief executive officer and chief operations officer respectively. With a start-up loan of R1.5-million and a water-tight business plan, they established the award-winning agency the following year.

“I started Travel With Flair in 1997 and in those years, it was difficult to raise finance as a black woman,” Mukoki explains.

“I am an accountant by training so a sound business plan was our breakthrough and one of my partners’ parents gave us the loan to start the company.”

The trio took the fledgling company from strength to strength and paid back their start-up loan in just under two years.

Travel with Flair continued on its upward trajectory and soon the need for expansion from their head offices in Pretoria became apparent.

The business’s footprint expanded throughout the country, with branches opening in Cape Town, KwaZulu-Natal and Johannesburg, and amassed a staff in excess of 500 employees, the majority of whom are female.

“Any business is difficult to start initially, however, if you persevere you will ultimately make it if you have passion for what you are doing,” Mukoki says.

“Travel is amazing and I believe I am working my passion…”

Mukoki has accumulated numerous accolades including being named Emerging South African Entrepreneur of the Year at the Ernst & Young World Entrepreneur Awards in 2012.

She was also named as South Africa’s Most Influential Woman in Business and Government in the Tourism Sector by CEO Magazine in 2008.

Mukoki also made history by becoming the first person from the African continent to take a seat on the Global Tourism Board of the Association of Corporate Travel Executives.

Passionately advocating for women to succeed

Mukoki’s successes in her endeavours along with her prominence in her field have earned her more than just trophies and accolades.

She is respected among her peers and uses her position to advocate passionately for women’s development and empowerment. To this end she became executive producer on SABC 2’s Women on the Move.

Conceptualised and presented by Mukoki, Women on the Move highlighted the careers of successful South African businesswomen in 2012.

Mukoki says her inspiration for the show came from seeing how vital women are to the country’s development.

She says the show was “to challenge the myths surrounding successful women and enhance the perception and importance of women in and to our society”.

On supporting and developing young and aspiring businesswomen Mukoki says “it’s good to have a mentor as they guide you through your professional journey.

“I mentor a lot of young ladies and some were fresh out of school and have developed into amazing, strong and focused businesswomen.”

Her work ethic, complemented by her business savvy and demand for excellence, continue to propel her career. She concludes: “I am an entrepreneur. I was born a free spirit and I cannot think of any other way to work or live.”