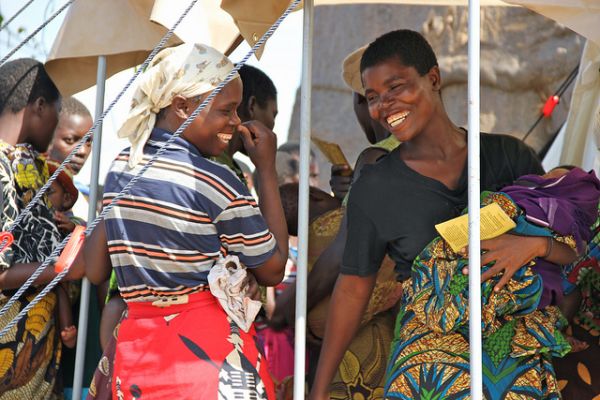 On the sidelines of the recently concluded US-Africa summit in Washington DC, American First Lady Michelle Obama met the spouses of the visiting heads of state. Obama highlighted the importance of extending to women the rights that men take for granted. She expressed the belief that famine and disease would be checked only if women – and girls – were given full access to education.

“Until we value women and girls, we won’t tackle those other problems. Until we prioritise our girls and understand that they are as important and that their education is as important as the education of our sons, then we will have lots of work to do,” Obama said.

Beyond education, on a continent where young girls are often kept uneducated – there are 30 million African girls without access to basic education – and rape is used as a weapon of war, access to contraception is just as important. ‘I Decide’, a campaign of the International Planned Parenthood Federation (IPPF) has as its goal the universal availability of education and information about family planning, as well as access to safe abortion. IPPF wants sexual and reproductive rights to be included in the targets that will replace the Millennium Development Goals, which expire next year.

The aim is to get 1 000 000 people to attach their signatures to its call to provide access to the 220 million women in the developing world who are denied contraception because of poverty or traditional beliefs about a women’s role. By 2020, the IPPF wants all women to be guaranteed the right to make decisions over their own bodies.

Yvonne Chaka Chaka is one many women’s rights campaigners who have pledged support for the campaign. In a recent opinion piece she wrote: “Investing in reproductive health is a no-brainer – it benefits individuals, communities, governments, businesses and economies alike. I think it’s time that women and girls had a chance to decide for themselves. Part of the campaign is urging world leaders to put sexual and reproductive health and rights at the heart of global development.”

In Dakar, the imams call it family spacing, arguing that what is good for the woman is good for society. In Uganda, HIV-positive mother of seven Sarah Arawo would like to not have any more children; but she fears her husband’s anger if she starts using any form of contraception.

African women eager to prevent or space pregnancies face the nightmare of a chronic lack of female reproductive health services and taboos around sexuality. Close to half of the births in Africa are unwanted and there were almost 6 million abortions on the continent in 2012, the last year for which statistics are available. Of those, just 3% were done in medical facilities.

According to the World Health Organization, one in 26 African women dies from a maternity-related cause; in Europe the number is one in 9 400. In developed countries, 62% of women use some form of contraception, while the number in Africa has hovered around 43% for the last decade. The gap between contraception use in high and low economic sectors in Africa is even more marked – 52% versus 35%. 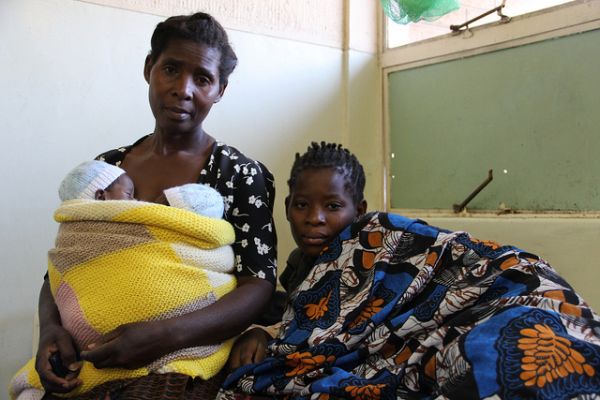 Young mothers like Edith Amos, 18, deserves the opportunity to determine their own future. Contraceptives give the world’s poorest women the power to decide if and when to have another child. (Image: DFID)

In Uganda, 41% of women who want access to contraception fail to get it. The unmet need in Rwanda is 38% of women; Kenya’s is 25%. On average, African women give birth to seven children, which puts a strain on resources in countries that cannot afford them. Dr Moses Muwonge of Uganda’s Ministry of Health warned that the country would continue to fail its women if more resources – money – were not found. “Uganda’s contribution towards funding family planning is negligible. It is less than 5%. Unless donors increase funding, it might not be easy for the country to meet the unmet needs.”

In 2012, Melinda Gates pledged a billion dollars towards making affordable lifesaving contraceptive health services available to 120 million women by 2020. This followed her visit to Africa where she heard stories of desperate women unable to get even the most basic contraceptives. “I heard stories of women who snuck away from their husbands to obtain birth control shots at a local clinic, only to be turned away as the clinic had run out of the product. My goal is to get [family planning and birth control] back on the global agenda,” the philanthropist told Newsweek.

Pushed by the conservative religious right, the US, the largest donor of health funding to Africa, has been cutting funds to programmes that have been beneficial to women. NGOs that distribute condoms or teach sex education beyond abstinence have seen funding dry up. In 2012, there was a 48% increase in the number of abortions performed in Kenya, where the abstinence movement is active, spurred on by Roman Catholic bishops who counsel against believing in questionable statistics designed to scare them into accepting legalised abortion.

While religious leaders – Christian and Muslim especially – argue against contraception, some national governments are waking up to the importance of giving women a choice. Nigeria’s population will exceed 240 million by 2050, and most of that population is likely to be poverty stricken. In a nation where the biblical edict to be fruitful and multiply is taken literally, any talk of contraception faces opposition. But President Goodluck Jonathan has come out in support of birth control because of concerns about over-population and poverty.

“We are extremely religious people. It is a very sensitive thing, a difficult thing for you to tell any Nigerian to number their children because it is not expected to reject God’s gifts,” Jonathan has written.

Educating African girls has in it the power to change the continent. The 16 million young girls kept from school to be wives or cheap labour could one day be Africa’s leaders and entrepreneurs. Families too poor to educate their daughters keep tomorrow’s mothers and caregivers in a cycle of poverty that is difficult to escape. Educated girls become women who earn more, delay marriage and have fewer children. They have healthier children and are able to raise themselves and their families out of poverty. The increased number of educated African women – who have become business and political leaders – have helped to grow the economies of the continent and liberalised the political landscape.

Along with educational funding for girls, Michelle Obama urged the spouses of Africa’s leaders to recognise their own power. She appealed to them to begin building their own legacies, separate from their husbands. “We have to fight for our girls, the rest will follow.”

She reminded the women that their time on Earth was short; that they could give African girls the opportunities they had. To laughter she ended: “And remember, women are smarter than men.”