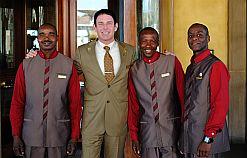 Deon Prinsloo (in the middle) stands with porters from The Palazzo hotel. 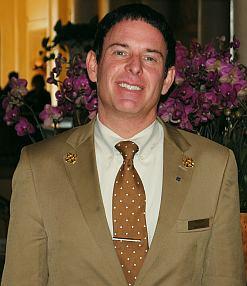 The golden keys on Prinsloo’s jacket indicate that the head concierge of the hotel is a member of the prestigious Les Clefs d’Or.
(Images: Ray Maota)

Deon Prinsloo, the head concierge of The Palazzo at Montecasino, is not only a man of excellence when it comes to the hospitality industry, he is a man determined to change the outlook of hospitality in South Africa.

Prinsloo, an articulate man whose face lights up when speaking about the hospitality industry, recently gained membership into the highly exclusive Les Clef d’Or – the Golden Keys – an international association of top-class concierges.

Les Clefs d’Or has been operating since 1929. It started in Paris with 11 members; today it has 4 000 members from 39 countries and is governed by an international president and committee.

However, only eight of those thousands are from South Africa, and Prinsloo is one of them.

The word concierge dates back to the mid-17th century Europe when hosts, usually of a lavish property or castle, provided a servant whose prime responsibility was attending to the comfort of their travelling guests.

Prinsloo, who has been in the industry for 25 years, said: “The concierge is the hotel’s ambassador. The concierge must maintain the reputation that the hotel has earned by making sure all the needs of the guests are met.”

Prinsloo added that he was elated to have been accepted into this prestigious global community of concierges that strives for perfection in the hospitality industry.

“The criteria for membership are stringent. Only head concierges who have been at five-star hotels for five years or more are able to apply and applicants are evaluated on their problem-solving capability and professional conduct,” said Prinsloo.

Prinsloo started his career as a barman at the Killarney Hotel, in Vanderbijlpark to the south of Johannesburg, while still a student at the Vaal Triangle Technikon.

“This was one of the most exciting times in my life as I was learning the ins and outs of the hospitality industry,” said Prinsloo.

Prinsloo eventually rose to the position of GM, responsible for the day to day operations of the hotel including accommodation, restaurant, student pub and nightclub.

“I took care of all the media and publicity around the nightclub and turned it into one of the top five leading entertainment venues in South Africa at the time, organising pageants, competitions and a variety of shows,” said Prinsloo.

Prinsloo was the first to bring KWS, a British pop/rave act from Nottingham, England, to the Vaal Triangle in the early 1990s.

“I did a lot of firsts in the Vaal Triangle. I was the first to put 18 bands on one stage on the same day. PJ Powers; Dr Victor and the Rasta rebels; Walk This Way; Slam Factory and Barney Simon were all part of that historic occasion,” said Prinsloo, referring to a host of local music veterans.

Prinsloo added that publications from the Vaal Triangle still follow his every move and are the first to congratulate him when he wins accolades.

“I’m happy being a concierge as I prefer interaction with guests. I’ve been offered other positions but pushing figures and doing budgets is just not me,” said Prinsloo.

He added that Dubai was one place he enjoyed working at as it is the epitome of luxury.

“Nothing can compare to the luxury and extravagances of Dubai. Dubai is just one city within the UAE but has over 500 five star hotels, all full and happy,” said Prinsloo.

“Although South Africa lacks the number of luxurious hotels that Dubai has we have ubuntu and people who are happy to serve. International travellers are always commenting about our friendly nature.”

No such thing as a difficult guest

“I do not believe in the notion of a difficult guest as hotels are supposed to be a home away from home and while they are our guests we are obliged to provide that homely environment,” said Prinsloo.

“I looked after Michael’s every need for the six times he was at the Palace of the Lost City. His requests included that the Palace helicopter be always on standby for him to go get KFC in Rustenburg – he loved his KFC,” said Prinsloo.

Prinsloo also cites a situation when former South African president Nelson Mandela ordered uphuthu (a meal made from mealie meal that is cooked with as little water as possible so as to keep it in grain form and not in the more common porridge form called pap. It’s usually served with milk or stew).

“Madiba wanted uphuthu for breakfast and the international head chef at the Palace had never heard of it, so we had to get one of the local ladies in the kitchen to do it,” said Prinsloo.

Prinsloo said that this is an example of taking care of your guest’s small or huge needs, by hook or by crook.

For Prinsloo, his position as head concierge of a top-rated hotel involves more than excellence on the job.

He has been working for several years on building a concierge forum in Johannesburg, with the aim of expanding it to the whole of South Africa.

Prinsloo said: “These concierge organisations exist in all other major cities, with the local tourism industries benefiting from having better informed staff dealing with hotel guests on a daily basis. We realised that the same could be true of the South African tourism industry.

“Most hotels have about 200 rooms or more, and concierge staff has direct contact with these guests, who are likely to make use of several services, restaurants, and activities during their visit to Johannesburg. The better informed a guest is about options available, the better the chance there is for them to return or extend their stay.”

Under the auspices of the concierge forum, Prinsloo has organised two successful annual concierge and guest relations conferences in South Africa, with the third scheduled for 27 September 2012.

“The aim is to have as many as possible people from all four- and five-star hotels and guest houses around Johannesburg to attend and to get to know each other and each other’s properties so we’re able to supply guests with updated information,” said Prinsloo.

Prinsloo anticipates starting a local chapter of Les Clef d’Or as soon as South Africa has the required 10 Golden Keys recipients and then hosting an international Les Clef d’Or congress.

Prinsloo said: “This will have far-reaching implications for the good of the concierge industry in South Africa and the hotel industry as a whole.”

He would also like to have a concierge reality show in the near future.

Prinsloo added that Johannesburg Tourism has loyally supported his endeavours, even sponsoring the last conference.

The man behind the professional

Although he’s travelled to 58 countries and tasted the best in luxury and style, Prinsloo is a simple man.

“I like islands, nature, the beach and quiet and serene places,” he said.

His favourite city abroad is Paris but he’s not crazy about city hotels and mall restaurants.

While he doesn’t drive or own a car or house, Prinsloo said: “I do have an apartment that I rent. This job is my life and I don’t think I would have coped had I been a family man.”

His most valuable possession, he said, is his address book of all the people he has met and taken care of during their stays at his various places of employment.

“My job doesn’t reward me in terms of monetary value but with experiences that the normal person who is not a millionaire will never experience. For instance I have been invited to a weekend at the Saxon, a top boutique hotel, this weekend,” he said. 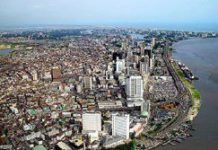 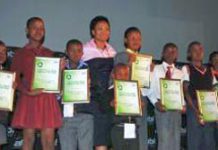 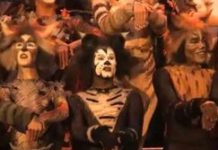 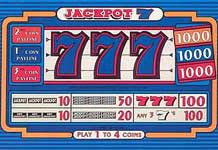