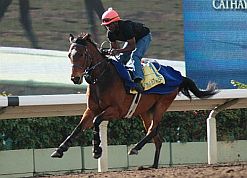 JJ being taken through the paces during
training before race day.
(Image:Singapore Turf Club) 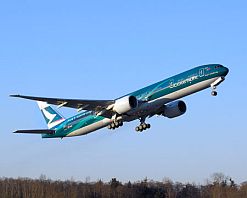 The 1 200m race, which took place on 12 December 2010 at the Sha Tin Racecourse, has been won by Australian-bred horses for the past 11 years, since the sprint’s inception.

The race was a closely contested affair with only an inch between JJ and Rocket Man. Sacred Kingdom settled for a comfortable third place after having won the last two Hong Kong sprints.

Pierre Strydom, JJ’s jockey said: “We had a great run, always travelling well. When we eased out on the straight, I was happy to go after Rocket Man early as I didn’t want him to get away.

“My bloke gave me everything and we got there on the line. It’s brilliant to win and I really want to thank the owners for being loyal to me, as there are plenty of good jockeys here they could have chosen,” he added.

Sacred Kingdom’s jockey Brett Prebble said: “Fantastic effort again, but it’s hard to stay on top forever. He probably can’t quite push himself through the pain barrier like he once could, but he ran super and there’s plenty … left in him.”

The Hong Kong Sprint was added to the former British colony’s international race roster in 1999 and became a listed race. However, in 2000 the race was awarded grade three status and then grade two status in 2001. It finally acquired grade one status in 2002. A listed race is slightly less superior than graded races, but still has a good reputation due to the standard of horses involved.

In a grade one championship race, the weight carried by each horse is determined by its age and sex, with no penalties for previous wins. These are generally the top races and attract the best horses and biggest prizes.

Grade two races are the same as grade ones, but have penalties for previous wins and limited handicaps for certain weight ranges.

In grade three events, the weight carried is determined by a horse’s handicap rating.

Other previous winners of the sprint include Fairy King Prawn; Falvelon; All Thrills Too; Silent Witness; Natural Blitz; Absolute Champion and Inspiration.

The event is sponsored by Cathay Pacific Airlines, which was founded in Hong Kong on 24 September 1946 by Roy C Farrell, an American, and Australian Sydney H de Kantzow.

In 1948 one of Hong Kong’s leading companies Butterfield & Swire, which today is known as the Swire Group, acquired a 45% stake in Cathay Pacific and later became wholly responsible for the management of the airline.

The airline celebrated its 60th anniversary in 2006, with recent major shareholders being Swire Pacific and Air China.

This sport boasts a long and interesting history in South Africa, going back as far as 1797. The first recorded race club meeting took place in 1802.

The National Horse Racing Authority was founded in 1882, but it initially operated under the name of The Jockey Club of South Africa.

Today racing in South Africa is controlled by two bodies: Phumelela Gaming and Leisure Limited, and Gold Circle. Phumelela controls racing in the Free State, Northern Cape, Eastern Cape and Gauteng; while Gold Circle holds the reins in the Western Cape and KwaZulu-Natal.

There are three major races that stand out above the rest in South Africa – and, quite fittingly, they are hosted in the country’s three biggest cities. Turffontein in Johannesburg hosts The Summer Cup, while Cape Town’s star attraction is the J&B Met. Durban’s primary event is the Vodacom July, which was first run in 1897 at its present home, Greyville. 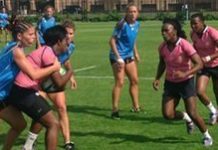 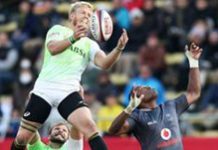