Despite its poverty and lack of services, its housing shortage and hunger, there is a resilience and optimism in Ivory Park that is hard to beat.

Despite its poverty and lack of services, its housing shortage and hunger, there is a resilience and optimism in Ivory Park that is hard to beat.

From a distance, Ivory Park could easily be mistaken for a slum, yet it is a habitable place with an urban design. The area is clustered and unkempt, but its uneven look adds a unique dimension – it’s a South African township whose inhabitants are a close-knit community from various cultural backgrounds.

Clean streets intersect untidy ones, pot-holed roads cross tarred ones. Yet there is a lacklustre ambience. The township is characterised by corrugated iron shacks, RDP (state-subsidised) structures and other houses juxtaposing one another. There are litter-free, paved walkways, as well as a decrepit bridge and germ-infested culvert; alleyways are ubiquitous.

For some households, access to electricity is a luxury, while construction work on roads and some private properties continues unabated. Some parts of the densely populated area have adequate infrastructure like roads, sanitation and running water. There are social amenities, such as two libraries, two community halls, a police station, seven clinics, adequate housing for some, a school for all and a shopping complex.

“Regarding services, almost all residents receive their water through a regional/local water scheme,” says Petros Zitha, a councillor in the area, which falls under the City of Johannesburg’s Ward 79 in Region A. “Most households have flush toilets that are connected to sewerage systems and electricity. Very few residents have pit latrines without ventilation and still use candles.”

The scenery is beautiful from the main road, with a quaint view of a peculiar skyline marked by greenery, electricity poles that crisscross the landscape and the colourful roofs of huddled shacks and houses. The view of surrounding regions is unbroken from here. The road is crammed and rubbish is heaped in open spaces on some street corners.

Ivory Park streets are always teeming with people, including street vendors who sell fresh produce. There are hordes of young and old loiterers and passers-by who almost make the streets seem treacherous. The clamour of roaring car engines and the strident nature of the suburb split the peace, as people go about their daily business.

A diverse group of people, comprising locals of assorted descent and foreign nationals who are endeared to the community, call the place home. The local dialect is miscellaneous, comprising an eclectic mix of Zulu, Sepedi, Xhosa, Shangaan and South Sotho, all embracing each other gracefully and living together reciprocally.

Many are unemployed and some depend on informal businesses like carpentry, car mechanics and shoe repairs.

“The unemployment rate is too high,” says Zitha. “At some point it was around 47 percent. The unemployed are predominantly those who completed matric or are unsuccessful job seekers, resulting in the average household income to be between R9 601 and R19 200 annually. Many households do not have any income.”

Most people live in a state of dire poverty. The area is geographically remote from the stronger economic nodes in the city centre, and the settlement is plagued by myriad socio-economic challenges, including illiteracy, child-headed households and hopelessness. There is a battery of social ills, like drug and alcohol abuse, peer pressure and petty crime.

“The report that I got is that the CPFs [community policing forums] have arrested more criminals than the police,” says Zitha. “We used to have a crime and drug problem because there was a certain squatter camp that was a haven for drugs, but we have subsequently dealt with it and it’s now low.”

Nestled between Tembisa and Rabie Ridge to the east and the affluent Midrand to its west, Ivory Park is a dormitory settlement alongside Kaalfontein and Ebony Park. It comprises about 14 627 official stands, on which the City has built about 452 houses since the area was promulgated as a township some 13 years ago. Additional houses are being built at the cost of the City, provincial and national government. However, not everyone in Ivory Park qualifies for free or subsidised housing.

The area has a staggering population of 37 932 and in most cases, homes are occupied by large families who share the same limited resources.

“The average number of residents for each household is between one and four,” says Zitha. “In most cases, two occupants reside in one household. The majority reside in rented accommodation in the backyard. There are marginally more men than women living in this ward.”

Zitha concedes that Ivory Park is overcrowded and unfledged, comprising scores of households occupied by indigent and unemployed youngsters and adults, all integrated by geography and circumstances and living in majority groups. The area is battling to cope with rapid urbanisation and in-migration, with houses overlapping on pavements and corrugated iron shacks erected in most backyards, pushing up against brand-new houses.

“There are people who used to live in this area a while ago and then left to live in other parts of the metro because we didn’t have adequate services here. Since development started, most of them are returning to claim their old stands and this causes overcrowding and confusion.”

He notes that the issue of renting out backyard shacks is uncontrollable. “They will tell you that this is their way of making ends meet; you can’t do anything.”

Despite all these challenges, locals have taken ownership of their community and there is a sense of ubuntu. “This area is so dynamic,” says Zitha. “People here are very much organized. If you didn’t know you would say they are related somehow, that’s what makes this place unique.

“During the countrywide xenophobic attacks, people in this area actually protected the foreign nationals.

“We never even had taxi violence or strikes. Taxi drivers in our community provide poorer residents with transport if they have a funeral and can’t afford buses.”

Small businesses are the order of the day here, and thriving very well it seems; this is a boon for locals. Traders sell their wares and merchandise on almost every street corner, turning these into miniature malls, which supplement the area’s only shopping centre.

“Spaza shops” provide viable business opportunities, which is why they are omnipresent, as are carwashes, cobblers and tailors, public telephones and stalikies – township lingo for a small business on a street corner.

The councillor says the area has a sewer leakage problem. “I have tried to report it a number of times; I still don’t understand why it hasn’t been fixed,” he says. “It’s frustrating, because when people see this they don’t say its Joburg Water. No, they say ‘Huu uZitha, he’s not doing his job.'”

Some households lack sufficient water for family use, access to improved sanitation, security of tenure and housing in a permanent and adequate structure in a non-hazardous location. “My only wish, and maybe something that will always haunt me if I fail, is to provide those living in informal settlements with proper homes and title deeds,” he says.

Fewer than 10 000 families are better off than the rest of the residents, and seem to be adapting. They have embellished their homes and planted sprouting flower gardens and lawns; some have extended and painted their homes, sprucing them up without any government subsidy.

“A number of people live in their own fully paid housing,” Zitha confirms.

Because of an increase in demand for sanitation services, the City of Johannesburg spent about R495-million between July 2006 and December 2009 as part of its sewer infrastructure upgrade and expansion programme on bulk wastewater and sewer networks. The programme was rolled out in 19 suburbs, and Ivory Park was one of the beneficiaries.

As part of its contribution to the safety of its customers and the beautification of the city, City Power has rolled out 184 264 public lights around Johannesburg, 4 000 of which were due to be installed by the end of this financial year in Ivory Park, Kaalfontein, Rabie Ridge and other areas.

Beauty Mgojo is an unemployed widow of 58. She has been living in Ivory Park since 1992 and has just recently been built an RDP (state-subsidised) house, something of a far cry from her old one-room corrugated shack.

“I am so happy I can’t wait to move in,” she says of her newly built two-bedroom house with proper lighting and sanitation. “Hooo mntanam’, I am so eager to move in and put in new curtains and all,” she says with a beam on her elderly face, hands gesturing in excitement.

“Councillor Zitha arrived in Ivory Park while he was still a young man, but the things he has done in this place have superseded those done by his peers. He has really helped us; we think he is god-sent,” she says.

Mgojo is satisfied with the level of service delivery in the area, hinting at properly built roads, streets lights and sanitation as some of the successes.

There are fewer worries and complaints for her, she says.

Ivory Park has a few industrials sites, including wholesale and retail, manufacturing, financial, insurance, property, business and social services, construction, transportation, storage and telecommunications. There are no recreational facilities, road signs and electricity in the industrial area, or orphanages.

Although the possibility of escaping poverty seems untenable, the people of Ivory Park are neither inert nor in despair; most of them supplement their livelihoods through informal trading.

Some have cultivated land on the roadsides and are growing an assortment of crops; some charge a meagre fee to paint murals on private walls for brand promotion; others plait hair.

Nine years after he took the helm of Ward 79, Zitha concludes that Ivory Park is home to an optimistic population. The people of that compact community remain exuberant and resilient South Africans, high-spirited despite their socio-economic challenges. 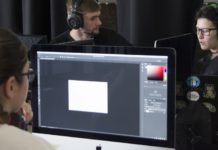 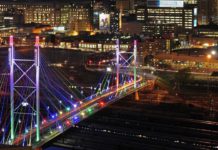 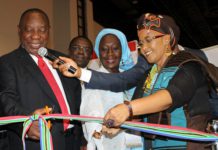