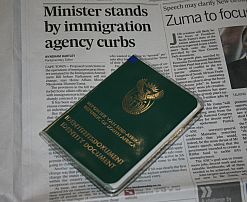 South Africa is to amend its immigration
law. 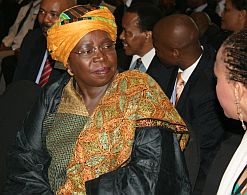 South Africa is planning to review its immigration laws to make it easier for eligible foreign nationals to enter the country.

The Department of Home Affairs has tabled the Immigration Amendment Bill before parliament. The first round of public hearings was held on 25 January 2011 and the organisations Peninsula Immigration; Consortium for Refugees and Migrants in South Africa; and the People against Suffering, Suppression, Oppression and Poverty have made submissions.

Nkosazana Dlamini-Zuma, the minister of Home Affairs, briefed the media about the amendment bill in Cape Town on 8 February. She stressed that the amendments are necessary to streamline the processing of applications from foreigners who are critical to the country’s economy.

“We would like to have a very easy process for people who come into South Africa as tourists, critical skills, students, investors and people who are coming to add value to our economic, social and cultural development,” Dlamini-Zuma said in a statement.

The department has already begun introducing work procedures that do not rely on parliamentary legislation. One change is that foreign students no longer need to apply for new permits every year – they are now issued one permit for the duration of their studies.

Dlamini-Zuma also vowed to simplify the process through which businesses obtain work permits for their foreign employees in scarce skills sectors. This should prevent cases like the one that involved Chinese nationals in December 2010, who were arrested for allegedly working in the country without work permits.

The Chinese group were contracted to a telecommunications company developing Cell C’s high-speed broadband network. The company they were working for, China-based ZTE, claimed that the processing of their applications was delayed at Home Affairs.

Companies will now be able to do “the checking and take responsibility for the people they bring to South Africa”, the minister said.

Corporate permits remain in place. These are work permits that corporates can obtain for groups of foreign employees who will be in the country for a limited period of time.

But Home Affairs “will not be dishing out permits to faceless people”, as Dlamini-Zuma puts it; meaning applicants must also present themselves to the department’s offices.

Before employing foreign nationals, companies are urged to consider giving the positions to South Africans, especially those with scarce skills, given the high unemployment rate in the country.

The Congress of South African Trade Unions recommends that locals should always be trained up in areas where there is a lack of skills.

The Immigration Amendment Bill has been criticised by local groups like the Forum of Immigration Practitioners. The organisation has said that if the bill is passed, it will make it difficult for foreign nationals to invest and work in the country, as they would personally have to visit offices of the department.

Home Affairs has indicated that the hearings and the entire process of introducing the amended legislation will not be stalled. “These amendments are urgent,” Dlamini-Zuma said.

The country is currently experiencing an influx of illegal immigrants, especially citizens from Zimbabwe who were able to cross the once-porous borders between their homeland and South Africa.

Home Affairs has undertaken to help them normalise their stay under a special dispensation programme, and are processing more than 270 000 applications from Zimbabwean nationals to legalise their stay in South Africa.

Zimbabweans living here who do not apply for permits will be deported back to their country after the issuing process is completed by mid-2011.

There are thousands of other Zimbabwean nationals who came to the country legally and have found jobs in various sectors – some of which require scarce skills.

But it’s not only Zimbabweans who are entering the country illegally.

On 20 January 2011 police arrested 350 illegal immigrants from Bangladesh, Pakistan and China in Johannesburg. Home Affairs said they will be deported to their respective countries.

Some 37 undocumented foreigners from Zimbabwe and Mozambique were also arrested in central Pretoria in November 2010.

A hand to asylum seekers

Home Affairs officials will now reach out to asylum seekers immediately when they cross over into South African territory. Dlamini-Zuma explained that Section 23 permits have been designed specifically for asylum seekers to help fast-track their applications.

Section 23 permits are offered to asylum applicants at their port of entry to speed up the documents’ transit to application centres. This means that if such people are met by officials on entering the country, “they will not be bundled up for deportation as illegal immigrants”.

Applicants have five days to report to Home Affairs from the time they arrive in the country. This period has been decreased from 14 days.

“There are centres that one can reach within hours of crossing the border, so we do not see why it should take 14 days for an asylum seeker to report to an asylum centre,” said Dlamini-Zuma.

But it’s not a “pass one, pass all” system. The department said it has pre-screening mechanisms to root out bogus asylum seekers and applicants on Interpol’s list.

“We would like to have some control over our immigration, that is, people who come into South Africa,” the minister said. 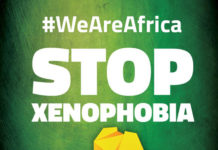 Social support to continue as foreign nationals are reintegrated into communities 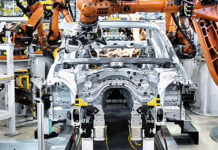 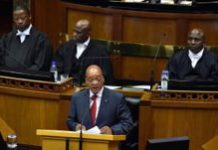