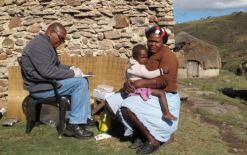 Over the past few decades the world has become well acquainted with the scourge that is HIV and the disease borne from it, Aids. Sub-Saharan Africa, within which South Africa falls, has been the focus of awareness campaigns, because this region bears the world’s heaviest Aids burden.

A 2010 study by international Aids charity Avert showed that over 22-million infected people, out of 34-million worldwide, lived in the region.

As the South African government’s HIV/Aids priorities changed to adapt to the situation, so did its focus move towards encouraging citizens to get tested.

The HIV Counselling and Testing Campaign (HCT) – dubbed the government’s most ambitious plan to date – was launched in 2010, and targeted as many as 15-million South Africans for testing. Health Minister Aaron Motsoaledi said at the time that the government wanted people to get used to testing and to do it continuously.

Taking testing to the people

With this in mind, a team of medical professionals belonging to global NGO Doctors Without Borders or Médecins Sans Frontières (MSF) is providing some reprieve for the state’s over-burdened resources.

They’ve set up mobile testing units in Eshowe, a rural area on the east coast in KwaZulu-Natal province, which has the highest infection rate in the country, at 39.5%.

The MSF project, which started in April this year, is being rolled out over the next 10 years, according to Kate Ribet, the organisation’s communications officer.

The campaign aims to reach as many people as possible in the area, which is home to Eshowe Provincial Hospital, originally built in 1957. While some MSF staff oversees the testing centres, others go on a door-to-door drive to encourage residents to get tested on the spot.

“The door-to-door testing is part of an overall MSF community-based project that aims to promote widespread testing, and includes facility or clinic-based testing, mobile stop shop testing, as well as testing at schools.

“The teams visit the households and invite all the family members in the house to get tested,” explained Gugu Ngidi, who runs the testing programme on behalf of MSF.

For those who test positive, Ngidi added, a driver is at hand to transport the patient to a nurse’s station nearby, where their CD4 count will be determined and counselling provided.

CD4 is a glycoprotein found on the surface of immune cells in a human body, and a CD4 count is a measure used by medical professionals to assess the immune system of an HIV-positive patient and to determine the stage of the viral infection as well as the necessary treatment to administer.

The goal for the MSF team is to do all of this within a space of 25 to 30 minutes for each case, thus encouraging the community to get tested voluntarily.

Ribet said: “Using all these avenues, MSF aims to test 90 000 people in three years, as well as re-test annually all those who test negative. The teams also do TB screenings for those who test HIV-positive and pregnancy tests for the women among them.”

Doctors on the scene

Dr Ruggero Giuliani, who is originally from Italy and oversees the group’s work in the area, said the goal is to test everybody.

“We know that the epidemic is driven by people who don’t know their status,” he explained.

He acknowledged that the downside to many people in one area knowing their HIV status, especially if it is positive, is the pressure put on the state’s medical resources in that area to provide treatment and counselling as required by law.

“The challenge is that in increasing testing we find more people who are infected and given the existing human resource and facilities, the challenge becomes providing good quality care for all these people,” said Guiliani.

To help meet this goal, MSF proposes a community-based model of HIV care where people who’ve been on HIV drug therapy for a long time meet in groups to get their monthly supplies of medication, rather than going separately to make an appointment with a doctor or a nurse.

Provincial health authorities accelerated the efforts of the HCT campaign in 2010 by taking testing and counselling services to the people instead of waiting on voluntary testing. Their strategy involves the promotion of medical male circumcision and the integration of TB-HIV services, which will mean that all HIV-positive patients are routinely screened for TB.

According to Avert, an estimated 5.6-million people were living with HIV/Aids in South Africa in 2009, the highest number in any country. In the same year, an estimated 310 000 deaths related to the disease were recorded in the country.

The following year the government launched the nationwide HCT campaign aimed at encouraging people to get tested. The campaign has, since its implementation, had a notable impact on the availability and uptake of HIV testing and treatment.

Deputy President Kgalema Motlanthe, speaking at the 19th International Aids Conference in the US in July, said given that South Africa has the highest number of people living with HIV in the world, the global fight against the disease cannot be won without success in South Africa.

“In recent times the efforts that we have made, with support from development partners, are starting to bear fruits as evidenced by some of the successes we have seen over the last few years.”

Successes of the HCT campaign include a programme that saw as many as 20-million people getting tested across the country, with 1.7-million positive people being put on treatment as a result. Furthermore, the rate of mother-to-child transmission dropped from 8% in 2008 to 3.5% in 2010, and even further in 2011 to 2.7%.

“We are still faced with many challenges as we move from the emergency phase of our response to a phase of consolidation, scaling up and sustaining our multi-sectoral approach with a strengthened health system,” said Motlanthe.

“This consolidation phase requires a new approach, a new paradigm underpinned by, among others, the principles of global solidarity, mutual accountability and transparency.” 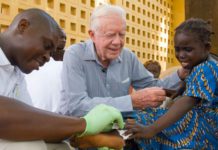 The eradication of Guinea worm in Africa 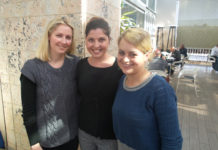