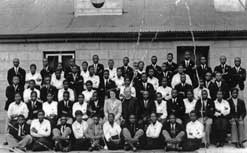 Nelson Mandela, fifth from the right in the
back row, with his classmates at
Healdtown school.
(Image: Nelson Mandela Foundation) 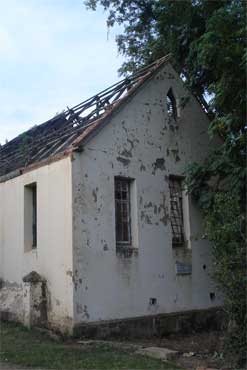 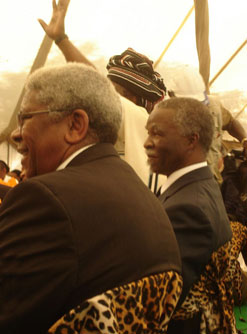 Many historically significant South African schools, a number of which can boast the distinction of producing leaders such as Nelson Mandela, Robert Sobukwe, Ellen Khuzwayo, Chris Hani and Govan Mbeki, have fallen into disrepair for various reasons. Now the Historic Schools Restoration Project (HSRP) aims to restore these hallowed educational institutions to their former glory, and their former purpose.

Established in 2006 by the national Department of Arts and Culture, the HSRP aims to recapture the legacy of South Africa’s historic schools and rebuild them into African institutions of educational and cultural excellence – with the ultimate purpose of once more producing those forward-thinking leaders who gained the respect and admiration of the nation, and the world.

The nineteenth-century Christian prophet Ntsikana, who worked extensively among the Xhosa people, teaching them hymns he composed himself, provided the impetus for the HSRP. It is the prophet’s steadfast desire to educate his people that motivated Arts and Culture Minister Pallo Jordan to ask Njongonkulu Ndungane, the former Anglican Archbishop of Cape Town, to spearhead a new nation-building project.

With Ndungane as Executive Director, HSRP has now been registered as a non-profit company, and a number of stakeholders have pledged their support for the project, including the South African Reserve Bank which will contribute R6 million (about $800 000) over the next four years.

This was to be their downfall, however, as in later years the apartheid government perceived them to be subversive. Consequently many of them were closed down or deprived of vital assistance, and these historic institutions are now in urgent need of restoration. Many of them are still in operation and trying to maintain their high standards of education despite their dilapidated condition.

To date 12 schools have been identified for inclusion in the project: Healdtown, St Matthew’s, St John’s College and Lovedale in the Eastern Cape; Moroka High School in the Free State; St Martin’s School and Wilberforce Community College in Gauteng; St Francis College, Inanda Seminary, Ohlange High School and Adams College in KwaZulu-Natal; and Zonnebloem in the Western Cape

The first school to be restored is Healdtown which numbers former president Nelson Mandela and Govan Mbeki, the father of South Africa’s current president, among its former scholars. The president himself attended Lovedale School in Alice, Eastern Cape, as did Archbishop Ndungane.

Healdtown was established in 1855 as a Methodist mission and served the community in a vocational and academic capacity until it was closed in 1976, when the countrywide student riots broke out. The school re-opened in 1994 after three years of restoration. Currently the school attends to the educational needs of 150 scholars, and also has an adult education centre.

At a ceremony in June 2008 marking the initiation of Healdtown’s restoration, President Thabo Mbeki said that the government takes great interest in seeing these schools restored to their former glory so that they may once again become centres of excellence. “Today we must unite to combine the best of our past with the best of our present in order to secure our destiny,” said the president.