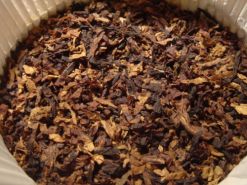 A treaty to combat the illicit trade in cigarettes has been signed by 12 countries, which in time will lead to worldwide co-operation to eliminate cigarette smuggling.

South African Health Minister Aaron Motsoaledi signed the Protocol to Eliminate Illicit Trade in Tobacco Products at a ceremony held at the World Health Organization (WHO) headquarters in Geneva on 10 January 2013. This made South Africa one of the first countries, along with 11 others including China, France, Panama, Turkey and Uruguay, to sign the treaty.

Other countries can also sign it, and the protocol will be applicable 90 days after the 40th government has signed. Those countries that sign the treaty will co-operate in identifying tobacco smuggling routes and trends, and in apprehending smugglers. The treaty also aims to control the supply chain of tobacco products to stop smugglers from obtaining them.

To control the supply chain, the treaty recommends that manufacturers are licensed, requiring them to verify the bona fides of their customers; tracking the movement of tobacco products across borders as well as tracing the origins of seized goods; better border controls; and stronger penalties for smuggling.

Dr Yussuf Saloojee, the executive director of the National Council Against Smoking (NCAS), commended the minister, saying: “Reducing the illicit trade in tobacco is an important public health measure. Smuggling makes cigarettes cheaper and so increases sales. It encourages adults to keep smoking instead of quitting after tax increases, and makes tobacco affordable to youth … Higher tobacco sales in turn mean more sickness and death.”

Speaking at the signing ceremony, the WHO’s director-general, Dr Margaret Chan, said: “The protocol gives the world a unique legal instrument for countering and eventually eliminating a sophisticated international criminal activity that costs a lot, especially for health.”

In a 2012 working paper for the department of economics at Stellenbosch University, Craig Lemboe and Philip Black found that cigarette smuggling in South Africa was significant, constituting between 40% and 50% of the total market, and that cigarette tax increases had, to a large extent, contributed to its continued existence and growth by creating a financial incentive to smuggle.

The main focus of the paper was on tobacco taxes as part of a broader tobacco control policy framework. It found that the existence of such a huge illicit tobacco market in South Africa may well imply that tax hikes had not resulted in a significant decline in cigarette consumption and that smuggled cigarettes were typically of a lower quality than legally manufactured cigarettes.

International examples of methods to combat cigarette smuggling seemed to suggest that the best course of action was to address the supply side of smuggled cigarettes rather than the demand side, the paper found. This is exactly what this treaty seeks to do.

“The level of cigarette smuggling in South Africa is highly over-estimated by the tobacco industry, as this creates pressure on the Treasury to keep excise taxes low. Nonetheless, we do need to combat smuggling and the way to do so is not by lowering taxes but by adopting the measures proposed by the protocol,” said Saloojee.

A win for the Constitution

In 2012, British American Tobacco South Africa (Batsa), the country’s largest cigarette manufacturer, tried to lift the ban in place on the advertising of tobacco products.

The Constitutional Court denied the company leave to appeal against an order made by the Supreme Court of Appeal, which had ruled that a ban on the advertising and promotion of tobacco products under the Tobacco Products Control Act was “reasonable and justifiable in an open and democratic society”.

According to the NCAS, in its judgement the Appeals Court had found that there were powerful public health considerations for a ban on the advertising and promotion of tobacco products and that the seriousness of the dangers of smoking far outweighed the interests of smokers as a group or the commercial interests of Batsa.

At the time of the ruling, in August 2012, Saloojee, said: “We welcome the Constitutional Court’s decision, which confirms our confidence that the country’s tobacco control laws are fair, reasonable and based on solid science. The freedom of teenagers to grow up healthily is more important than the freedom of the tobacco companies to advertise a deadly addiction.

“The importance of this ruling is that it will help keep youngsters from the clutches of the tobacco industry. The industry’s own documents show that they view teenagers as ‘replacement smokers’ for those adults killed by cigarettes.”

Bill to curb smoking in SA