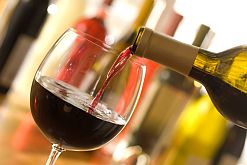 Gugulethu’s wine connoisseurs will
have a chance to taste a variety of wines
in their township.
(Image: Make Money in Africa) 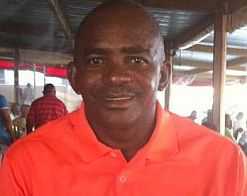 Businessman Mzoli Ngcawuzele is a
co-founder of the Gugulethu Wine Festival.
(Image: Supplied)

“It is time to raise your glass in Gugulethu,” says the co-founder of an inaugural wine festival which will soon take place in the township on the outskirts of Cape Town.

Lungile Mbalo, who is organising the event with fellow Gugulethu businessman Mzoli Ngcawuzele, added that the festival is only the second of its kind to take place in a South African township, after the well-established Soweto Wine Festival.

Gugulethu’s wine soirée will take place during the last weekend of May on the 27th and 28th. It will be staged on the rooftop of the Gugulethu Square Mall, one of popular venues in the area.

Ngcawuzele owns the buzzing Mzoli’s Place, which is a shisanyama or a meat buy-and-braai restaurant, in South African terms. Since opening doors in 2003, it has become a popular hang-out for locals and tourists.

Ngcawuzele also owns the Gugulethu Square Mall, which is the largest shopping centre in the township and was completed at an investment of R350-million (US$50.4-million) in 2009.

The Gugulethu Wine Festival will be an annual attraction, just like the Soweto Wine Festival. Western Cape wineries will grab the opportunity it presents to promote their brands to an emerging African market.

Wine connoisseurs can expect hundreds of different wines to be available for tasting and buying at the festival. “This is a glamorous affair of middle-class residents, top business people and celebrities in Gugulethu and Cape Town,” Ngcawuzele said in a statement.

The festival is tipped to boost Gugulethu’s image as a favourite tourist destination. The founders also want the event to show the public that the township is open for business.

Ngcawuzele expects no less than 2 000 people to turn out over the two-day period. The Soweto Wine Festival has been growing each year from attracting 3 000 people in 2006 to a record 7 548 people in 2010.

“It will become a hot event annually,” Ngcawuzele said.

Management teams of the Soweto Wine Festival have been roped in to organise and promote Gugulethu’s equivalent.

Marilyn Cooper, co-founder of Soweto’s wine fair and director of the Cape Wine Academy, will attract wine estate exhibitors to the Gugulethu festival.

“We are delighted to be in Gugulethu. It is the next Soweto and we know it is an important market to introduce to the wine estates.”

Other promotional groups, like Hot Salsa Media, have been included to court sponsorships.

Cape Town’s world-class wine estates are expected to descend on Gugulethu. Fifty have already confirmed their participation as exhibitors, according to Ngcawuzele.

Involving experienced organisers is part of the plan to lay a solid foundation for the festival, so that it can grow in future years.

“Getting a professional team together seemed like the logical decision as we want to see this festival grow in the same vein as the Soweto Wine Festival,” said Mbalo.

“Now that we have hired the right people, we are moving in the right direction,” Ngcawuzele added.

Cooper says Mbalo and Ngcawuzele are committed to making the festival a “regular Cape Town feature”.

The three-day Soweto Wine Festival will make its way back to the University of Johannesburg’s Soweto campus on 1 September 2011.