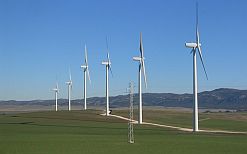 Green economy projects in South
Africa will be boosted by a
R25-billion investment from the IDC.
(Image: Live Eco) 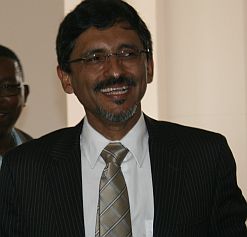 Green economy projects in South Africa will be boosted by a R25-billion (US$3.7-billion) investment from the Industrial Development Corporation (IDC) over the next five years.

Ebrahim Patel, the country’s minister of economic development, told parliament on 12 April 2011 that the IDC will pump money into various public projects via a dedicated green economy fund.

More environment-friendly initiatives are expected to be implemented over the next few years, as the country embarks on renewable energy drive.

South Africa, a country currently heavily reliant on coal for power, is under pressure to reduce its carbon footprint and greenhouse gas emissions – and switch to a greener, cleaner energy mix that’s less reliant on expendable fossil fuels.

The IDC is funding some of the renewable energy projects that are already under way. “A good example is the IDC project to co-fund a solar water-heater project for low-income housing,” said Patel. Some 38 000 such units have already been installed.

The nationwide project was kick-started in 2010 and 25 000 houses have had solar water geysers installed in them since February 2011. A million houses are targeted. “The project will install a further 80 000 units in the year ahead.”

The IDC’s funding will help support the Department of Energy’s Integrated Resource Plan (IRP). The blueprint, recently approved by Cabinet, maps out how South Africa will double its electricity supply capacity over the next 20 years.

According to the IRP, renewable energy will supply as much as 42% of the country’s power in the future, nuclear 23%, coal 15%, and a small amount of gas and hydro making up the difference.

Transnet’s new pipeline is one of the projects the government is backing to ensure a more energy-efficient transport system in the future. The 550km-long fuel pipeline is being constructed between Durban and Johannesburg.

Once operational, it’s expected to reduce the number of tankers on the road by at least 60%, decreasing traffic congestion and the country’s carbon footprint.

The BRT system’s buses, which are already popular in Johannesburg and Cape Town, seek to ensure that there is a reduced number of taxis and private cars on city roads.

Additional BRT routes are being constructed in Pretoria, which will also get Gautrain services from June 2011.

The government is certain that thousands of jobs will be created via green economy projects in new sectors such as biotechnology, nanotechnology and prototype building technologies.

It is hoping the projects will play a significant role in the realisation of the New Growth Path, a strategy designed to help the country create 5-million jobs within the next decade. The IDC has been allocated a total of R102-billion ($15-billion) to stimulate job creation in the country’s major economic sectors.

“We believe 300 000 new jobs are possible in the green economy by 2020 if we move with speed to provide the right regulatory and investment environment,” Patel said.

The IDC is also one of the investors in the Joule, the first locally designed fully electric car in South Africa. It’s being developed in the Western Cape and is expected to come onto the market by 2012.

“The IDC in particular must play a central role to encourage new economic activities, support new job creation and promote a greener economy,” he said.