“Can we claim in all earnestness to love our children if we do not give the most serious attention to preventing a world that has more than enough resources from dividing ever more deeply between rich and poor?” – Graça Machel (Image: Graça Machel Trust)

• Graça Machel – freedom fighter for life
• Songbird Abigail Kubeka remembers songs for Mandela
• Mandela and the making of a woman
• ‘Goodness exists – greatness is possible, within a human being’
• Want to grow Africa’s economy? Include women

Graça Machel has been the wife and partner of two of Africa’s most revered liberation heroes, men lauded for their courage and willingness to sacrifice for causes greater than themselves. Yet the woman with whom Samora Machel and Nelson Mandela shared their lives is an accomplished woman in her own right.

The publicity-shy widow has been a dignified and formidable advocate for children’s rights since the early 1970s, when she helped Mozambican liberation movement Frelimo set up schools in exile in Tanzania. She is also the author of a ground-breaking 1996 UN report – Impact of Armed Conflict on Children – that highlighted the victimisation of children in conflict zones.

Machel’s passion has been, always, working to improve the lot of African children. In an interview with Britain’s The Guardian newspaper in 2012, Machel explained her lifelong dedication to children’s rights. As her eyes met those of a mother at an aid station in Sierra Leone they both quietly acknowledged that the child the unknown woman cradled would not live through the night. Even as medical staff tried desperately to save the child, she would become another innocent victim of the violence plaguing Africa.

The two women acknowledged that there was no hope for the child. “And we are two mothers and there is nothing we could do, because the child had come too late to the feeding centre. It was too late. I remember very well, I couldn’t even get up out of the place. I leaned into the door and I was sobbing because I just couldn’t take it.

“We owe our children – the most vulnerable citizens in any society – a life free from violence and fear.”

The daughter of a missionary, Graça Sambine was born weeks after her missionary father’s death in the village of Incadine in Gaza Province of what was then Portuguese East Africa, in 1945. On his death bed he extracted a promise from his wife that unlike most girls in Mozambique at the time, she would be given an education.

Her school years were spent at Methodist missionary schools before she earned a place at the University of Lisbon to study languages. While in the Portuguese city she became politicised; she joined Frelimo and became a person of interest to the Portuguese security services. Machel fled to Switzerland before making her way back to Mozambique as teacher in 1973, via Tanzania.

On her return she met Frelimo leader Samora Machel. They married in 1975, the year he became president and she became minister of culture and education. As a minister and a young mother, she was driven to improve the lot of and prospects for all of Mozambique’s children. Despite the civil war, Machel implemented the Frelimo promise of universal education and between 1975 and 1985 school enrolment improved from 40% of the population to 90% for boys and 75% for girls. 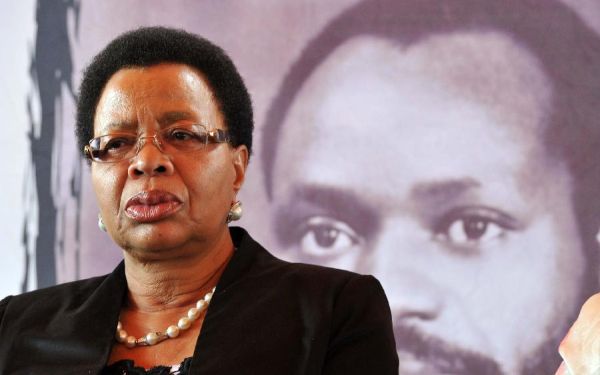 Graça was widely credited with being a moderating influence over her firebrand Marxist husband, Samora Machel. (Image: GCIS)

Machel changed the world for Mozambique’s girl children. She can see it in the number of highly visible and successful women in business and politics, in school and university. “I had to begin to ask questions and say this is not right. It can’t be right. Something has to be changed. And then I became really engaged,” she told The Guardian.

“If we have intelligence, imagination and the ability to dream, things can happen.” Graca Machel

The United Nations Nansen Medal is awarded annually in recognition of outstanding humanitarian service. In 1995, the medal was awarded to Machel and a year later she was urged to run for secretary-general of the UN. In 1996, there were 47 million illiterate children in Africa and 53 million were not even attending school. At the time the plight of Africa’s children was not a priority to the world body, so Machel declined, saying strategically: “There is no political will. So what would I do there?”

A death and a marriage

Among the messages of condolences Machel received when Samora Machel’s plane crashed in October 1986, was one from Nelson Mandela. Machel replied to him: “From within your vast prison you brought a ray of light in my hour of darkness.”

During their union she was more than Archbishop Emeritus Desmond Tutu’s imagined shoulder to cry on and a companion to bring Mandela his slippers. She is a fiery, free-spirited woman who fights for the causes in which she believes. Madiba was the first to admit the important role she played in his life. “I’m in love with a remarkable lady. I don’t regret the reverses and setbacks because late in my life I am blooming like a flower, because of the love and support she has given me.” 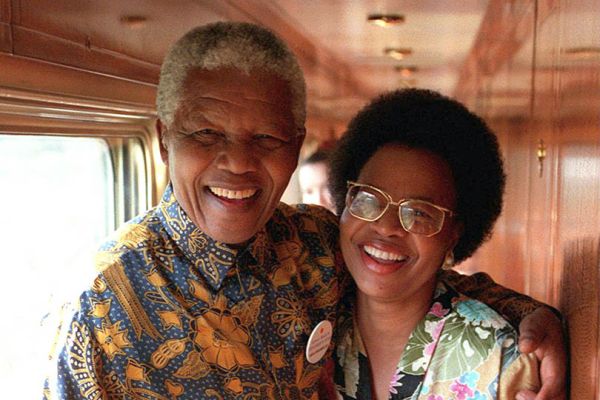 Twilight love brought peace and happiness to Madiba and Machel. “Alone I am weak,” he said in praise of Machel. (Image: BT.com)

Their courtship, and marriage in 1998, was warmly welcomed by the South African public, but in Mozambique blessing was long in coming. Machel is tied to a very specific time in her country’s history and to a man many see as their liberator. As a friend said of their union: “She just can’t marry him. She belongs to Samora and to Mozambique.”

But their relationship was more than just companionship in retirement. They shared the same ideals, especially a commitment to the rights of children. When Madiba spoke of the second mountain to climb, he meant ending child poverty; it was he challenge he took on with his able wife.

It was her talents that allowed the couple to convince finance ministers and bankers that debt relief would release funds for education and children’s health programmes. A year later they shepherded a $15-billion programme, funded by the UK, designed to send every African child to school. Through her work with The Elders she has highlighted the immorality of child marriage through the Girls Not Brides programme.

Machel still visits her home village; she talks to the women she grew up with who have survived war and poverty. She visits their children and grandchildren and is reminded that her work is far from done. As she does across Africa, she has found that women are still second-class citizens and millions remain illiterate. “I gave my youthful years to a cause that has not been completely fulfilled,” she lamented. “I thought we’d have eradicated illiteracy by now. The only single difference which made my life different from them is because my mother and my siblings invested in my education.”

As her mourning period following the death of Mandela comes to an end, Machel will return once again to the sort of charitable programmes that helped a young mother deal with her grief in 1986. Now, as then, she will find fulfilment in programmes like her Foundation for Community Development, a small charity that gives grants and loans to women and farmers.

Machel’s life’s work has been honoured with a long list of awards; the one closest to her heart is the Children’s Champion award she shared with Mandela. She will continue the work they began together to guarantee universal education and end child poverty. Not because she wants to reach the summit Madiba did not, but because it is a passion that has shaped her life as well. 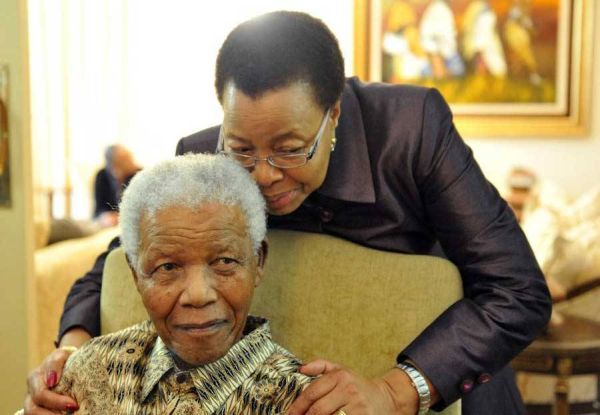 “Our voices amplify the voices of those who otherwise might not be heard in certain spaces.” – Graça Machel. (Image: GCIS)