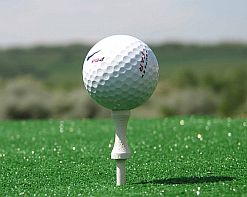 South Africa will host its biggest golfing
event – the Tournament of Hope –
from 2012 to 2016. 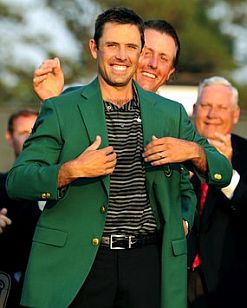 Charl Schwartzel became a national hero
recently when he won the most prestigious
tournament in the golfing world, the
2011 Masters championship.
(Image: ABC News)

South Africa will host its biggest golfing tournament yet when the multimillion-dollar World Golf Championship is played in the country in 2012.

The event will draw the top 70 golfers from around the world, dwarfing South Africa’s current premier golfing tournament, the Nedbank Golf Challenge.

The new addition to the country’s golfing calendar has been brought about after much negotiation between the US PGA Tour, the International Federation of PGA Tours and Sunshine Tours in Augusta, Georgia, US.

Commissioner of Sunshine Tours, Gareth Tindall, said on his return from Augusta: “This is, without doubt, the most significant milestone in the history of professional golf in South Africa.

“It is something that we as the Sunshine Tour have been working on for a long time and the unanimous support that we have received from the other professional tours around the world confirms the major standing of our players and the Sunshine Tour in world golf.”

The major golfing championship will be known as the Tournament of Hope and will raise awareness of poverty in Africa and the HIV/Aids pandemic. The dates and venues for the tournament have yet to be announced.

Tindall said: “We now find ourselves at the beginning of one of the most exciting chapters in South African sport and we have plenty of work to do. We look forward to being able to make further announcements about the event in due course.”

“What is even more significant is that we have the commitment to host this World Golf Championship event for a period of five years. That has enormously positive implications for the game and for our country as a whole,” said Tindall.

The introduction of the Tournament of Hope and the clashing of the South African Open Championship (SA Open) with the Presidents Cup mean that tournament dates will change.

The SA Open will swap dates with the Alfred Dunhill Championship so that it doesn’t clash with the Presidents Cup, which is being played in Australia from 16 to 21 November 2011.

This means Ernie Els, who is the defending champion of the Presidents Cup, will be able to defend his title and play with fellow South African Charl Schwartzel – the new Masters champion.

Tindall said: “The international team in this year’s Presidents Cup is likely to feature at least five South Africans and we wanted to ensure that they have the opportunity to play in both events. We are delighted that we were able to reach this agreement and must pay tribute to our long-time sponsor Alfred Dunhill for agreeing to the compromise.”

Charl Schwartzel became a national hero recently when he won the most prestigious tournament in the golfing world, the 2011 Masters championship.

Already in Malaysia for the Maybank Malaysian Open less than a week after his Masters triumph, Schwartzel says he still can’t believe it’s a reality.

“Right now as I’m sitting here I don’t know if it is morning or night, obviously last week was such a big week. It’s still so difficult to take it all in,” he said.

“I was so busy with media afterwards and then straight from there I slept a few hours and got on a flight here. So I’ve not really taken it all in yet. Maybe next week when I’m at home I’ll maybe sit and watch the highlights and reflect on last week. I’m just quite a happy guy right now.”